The Nokia Pulse Projector concept is a project aimed at enriching the multimedia features of a Nokia phone, by turning the handset into the remote of a pocket projector. Designed by Miika Mahonen, this gadget combines a LED projector with a NXT speaker with support for Dolby surround into a multimedia device. 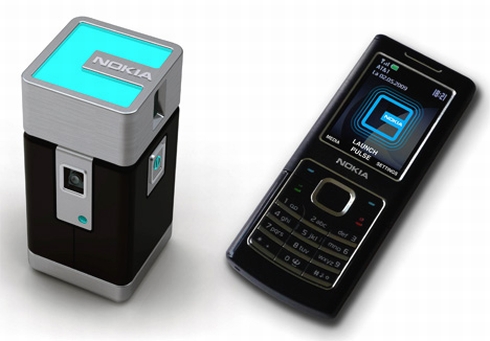 Nokia Pulse uses DLP technology and supports a native resolution of 1280×768 pixels and a 1500:1 contrast ratio, for very crisp images. Picture size ranges from 15 inches (diagonal) to 60 inches (at 7.87 feet) and the projector uses LED light technology with 1000 lumens of brightness and 16.7 million colors.

This project is very likely to be made into a real product and I’m sure that in a year’s time at most, we’ll see it announced officially. 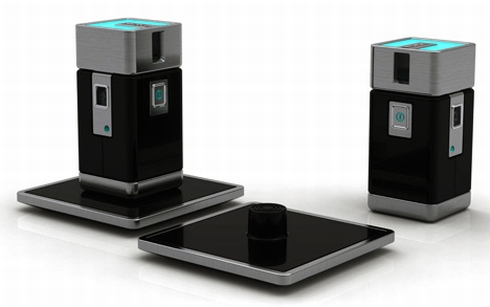 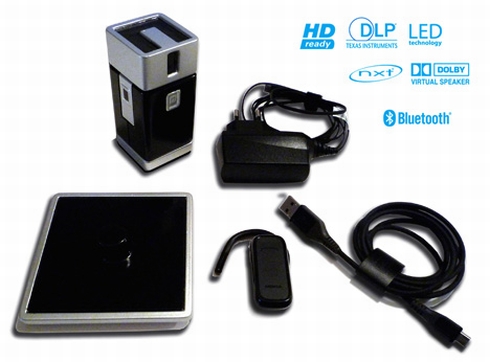 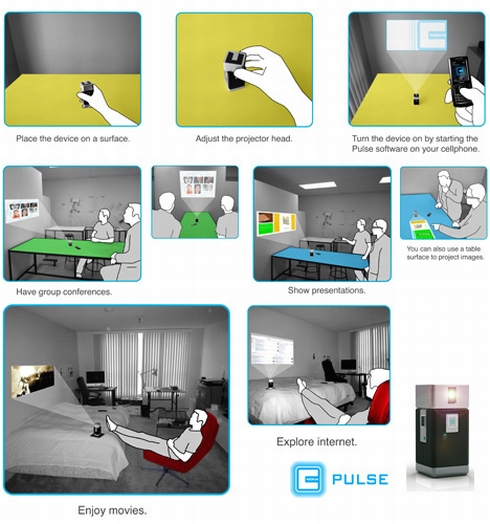 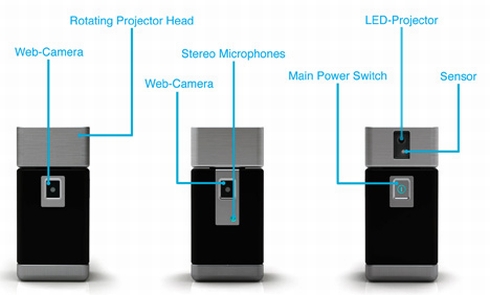