Nokia Returns to Form With Android in Tow, in the Vision of Designer Chacko T Kalacherry

The idea of a Nokia phone with Android isn’t new anymore and we’ve approached it dozens of times. However, the current Nokia company in Finland must stay put till 2016, when it will be allowed to make phones under its own brand again. Well, till that time comes we’ve got concepts, like the one below. 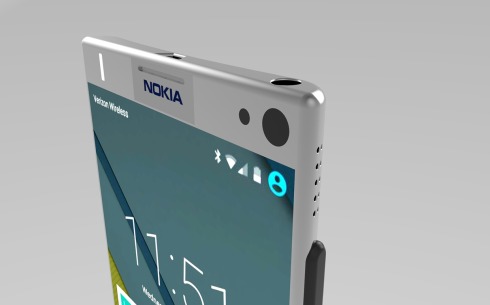 This Nokia Android phone was rendered by Chacko T. Kalacherry, who welcomes Nokia back to its form. There’s a slight Nexus vibe here, but some parts of the visual identity of Nokias are kept. The resulting device seems to adopt a metal case, with a clear Nokia logo above the display. The front camera is pretty big and interestingly enough the speakers seem to be on the sides this time.

This handset is rendered in silver and yellow and I’m guessing it comes with a 5 or 5.2 inch screen or so. The back camera feels a bit like the one of the Lumia 920 or Lumia 925 or Lumia 930, only with a bigger lens this time. The case is rounded and I’m digging those protruding buttons. Quite a return for Nokia, with Android Lollipop in tow! 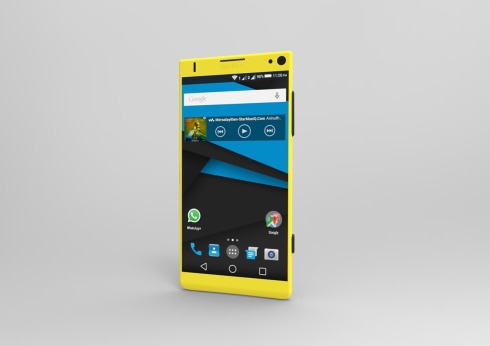 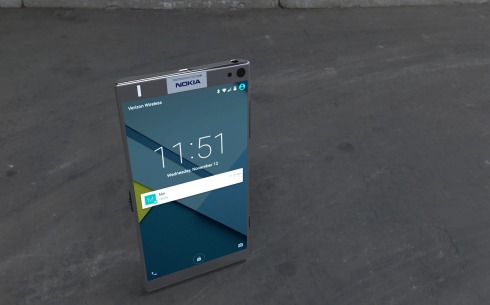