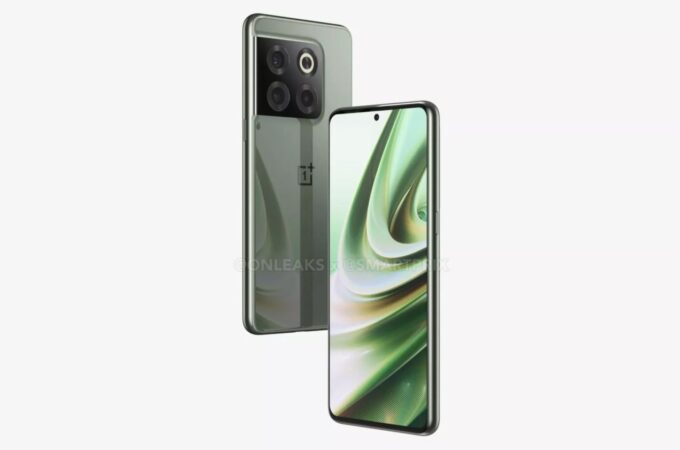 OnePlus 10T received some leaked renders over the past 48 hours and we’re here to dissect them with you. The most shocking change compared to the OnePlus 10 Pro is the lack of an alert slider. @OnLeaks/ Steve Hemmerstoffer is behind this leak and let’s see what he’s showing us.

The new renders are supposedly based on real life photos of a pre-production unit. They reveal that the camera bump at the back side won’t be extended to cover the full width of the phone like the previous renders showed. The leakster also shows the changes that happened between the current OnePlus 10 Pro and the new OnePlus 10T. The metal frame will be replaced by a plastic frame and the design of the bump will be changed, particularly the beveling around it.

Two other changes will happen: the screen will be flat and the Alert Slider is gone. Now as far as the screen is concerned, it should stay the same size as the Pro one, 6.7 inches and it should drop to a Full HD+ resolution instead of Quad HD+. Other rumored changes include 150W charging, up from 80W and also a more modest camera setup. We’re talking about a 50 MP main shooter with OIS, 16 MP ultrawide camera, no telephoto shooter of course and a new CPU: Snapdragon 8+ Gen 1 instead of Snapdragon 8 Gen 1.

The battery will be a tad smaller, at 4800 mAh instead of 5000 mAh. The OnePlus 10T should debut this month in black and green, priced at around 800 euros or so.

About Kelvin
Passionate about design, especially smartphones, gadgets and tablets. Blogging on this site since 2008 and discovering prototypes and trends before bigshot companies sometimes
Why Are Casino Demos So Important?   Will Bingo Help Push Foldables into the Mainstream?