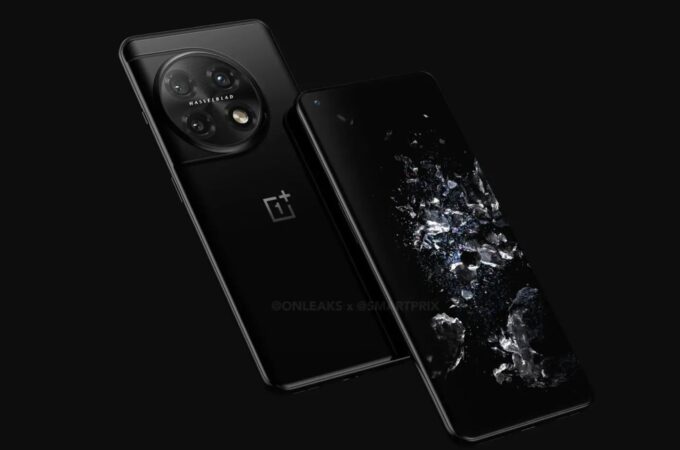 It may be a bit early to see 2023 flagship phones, but… here we are. The OnePlus 11 Pro has just leaked, in the form of a few renders, showing a totally asymmetrical camera, which may also trigger trypophobia.

The device leaked online courtesy of Smartptrix and OnLeaks and the OnePlus 11 Pro features an alert slider. The Hasselblad logo is here, there’s also an alert slider and the fact that the main camera is placed a bit to the side, not centered triggers some OCD in me. The screen has very narrow bezels and also seems slightly curved. At first sight there’s no periscope camera here, so we may be lacking zoom one more time.

The circular camera module actually feels a lot like the Xiaomi 12S Ultra or maybe even the good old Lumia 1020 one. The alert slider is back, after being missed on the OnePlus 10T. No other specs have been disclosed so far, but we do expect a debut of the device once the Snapdragon 8 Gen 2 CPU is out in November. Some even say that the OnePlus 11 may debut as early as December 2022, which would be very early…

We’d definitely need a higher power main sensor made by Sony here, plus a decent cooling solution and fast charging anywhere between 80 and 120W or even 150W. I’ve seen reluctance for fast charging and some people would actually prefer a better battery protection in lieu of fast charging.

About Kelvin
Passionate about design, especially smartphones, gadgets and tablets. Blogging on this site since 2008 and discovering prototypes and trends before bigshot companies sometimes
How Mobile Applications are Creating a Revolution in Entertainment   The positive and negative sides of using bitcoin ATMs