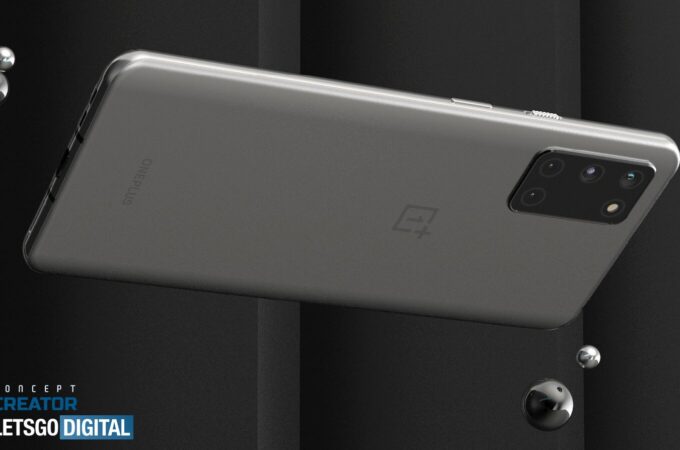 OnePlus 8T was recently confirmed to debut on October 14th and was also confirmed to sport a 120 Hz screen. What’s odd is that we know most, if not all of its specs, but we don’t have more than one or two renders, those from OnLeaks. Concept Creator is on the case and he created a series of new renders, as well as a video of the device.

OnePlus 8T looks exactly like you’d expect it to. It has a L-shaped selection of camera sensors at the back, in a rectangular module and a punch hole for the selfie camera. It’s waterproof apparently and comes with rather big bezels, at first sight. Its quad camera is about the same thickness as the Galaxy S20 one, actually the whole device looks like an S20, or S20+. I love the green hue shown here, although it may be too intense for some people. Obviously the handset is made of glass and metal and comes with a Snapdragon 865 CPU at least.

I find it odd that we’re not getting a telephoto camera on this model, seeing how Macro cameras are sometimes hit and miss and the Bokeh sensor may be replaced with a laser focus one. Expect OxygenOS 11 on board, ready to polarize everybody. The bottom of the OnePlus 8T hosts the USB-C port, SIM card slot and a speaker, while at the top we only find a mic. The mute slider is still alive and well.

About Kelvin
Passionate about design, especially smartphones, gadgets and tablets. Blogging on this site since 2008 and discovering prototypes and trends before bigshot companies sometimes
Nokia 7.3 Renders Pop up via @OnLeaks; New Quad Camera is Here   Sony Ericsson Xperia Play 2 Unreleased Prototype Now Up for Sale