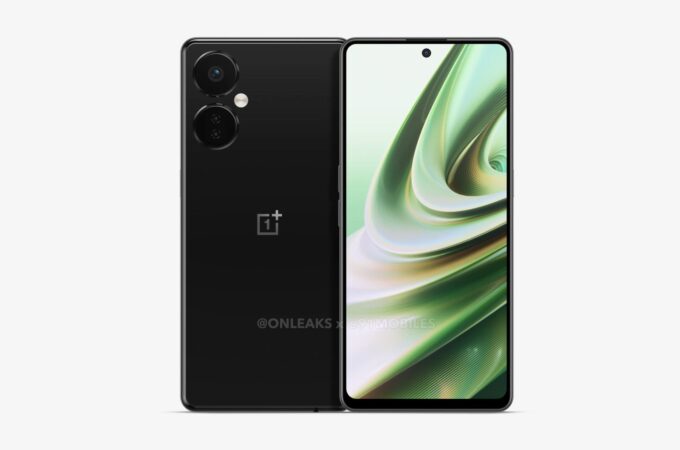 As I’m sure you know by now, we don’t only cover concept phones and renders from fans, but also leaks. Today we’re treated to a OnePlus Nord CE 3, which has leaked in renders courtesy of @OnLeaks and 91Mobiles. We also have specs of it below.

The device is probably the most angular and squared OnePlus machine I’ve seen in recent history. It feels and looks midrange, but also rather old school, a tiny throwback to the OnePlus X maybe. OnePlus Nord CE 3 has been rumored to sport a center punch hole screen, which is different from the CE 2, which had the punch hole on the left. There’s no camera bump here, but there are two rings for the main camera and the other two sensors below it.

The handset packs a 6.7 inch FHD screen with 120 Hz refresh rate, plus a Qualcomm Snapdragon 695 processor, which was also found on a few midrange units this year. It will come 6, 8 or 12 GB of RAM and 128 or 256 GB of storage. There’s also Android 13 with OxygenOS 13 on top, a 108 megapixel main camera, a premiere for OnePlus and also a 2 MP Bokeh and 2 MP Macro camera. It feels and sounds like an OPPO A1 Pro rebranding, since it has a similar camera design and specs.

We also get a 16 megapixel camera at the front, a side mounted fingerprint scanner, a 5000 mAh battery with 67W charging. Expect a debut in the first or second quarter of 2023. Honestly, the only thing I like here are the narrow bezels.

About Kelvin
Passionate about design, especially smartphones, gadgets and tablets. Blogging on this site since 2008 and discovering prototypes and trends before bigshot companies sometimes
Google Pixel 7a Leaked Renders Show Pixel 7 Resemblance   Strategies that can boost your bitcoin trading experience!