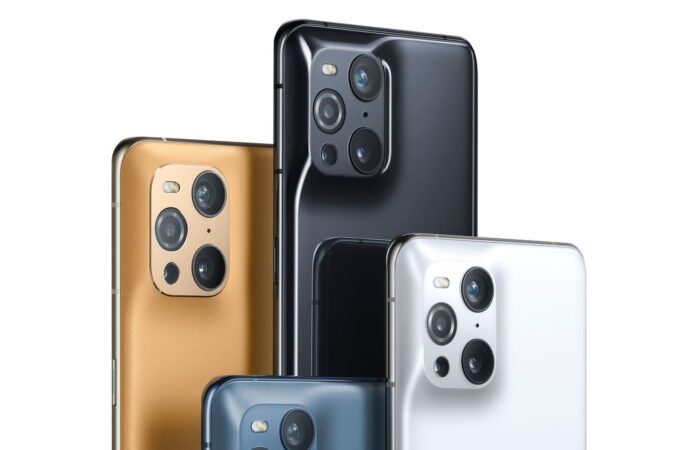 Oppo Find X3 Pro has leaked quite a lot for a not so high profile phone. People have been talking a lot about its microscope feature with 25X magnification, even though it’s just a rumor for now. We’ve also seen some renders, but none as impressive as those just published by Evan Blass.

This is a Snapdragon 888 device, previously rumored under the codename Fussi by the same Evan, back in November. One the new renders were out, a flurry of comments dropped in, calling Oppo an Apple copycat. Well, to be frank, the main camera looks a tad like the iPhone 12 Pro one. However, the way the camera module slopes up like a bulge in someone’s pants can be offputting. It’s a sacrifice made to keep the waistline slim and this comes after some beefy Oppo Find X2 models.

The Find X3 Pro is pictured in white, blue (a similar blue to the iPhone one), black and a sort of light brown. Evan Blass also mentions some specs, like a 6.7 inch 1440 display with 120 Hz refresh rate (adaptive frame), as well as the 25X Microscope Macro camera lens. We also get the two unannounced 50 megapixel camera modules from Sony and SuperVOOC 2.0 and VOOC Air fast charging. We’re also advised to expect either a late March or early April release, together with variations like Find X3 Lite and Find X3 Neo.

Find X3 Lite is most likely a rebranded Reno5. Back to the cameras, I expect to get a main cam, Macro cam, telephoto or ultrawide cam and what appears to be a LiDAR or Bokeh sensor. Also, don’t forget to support Evan, so he ca provide more timely leaks!