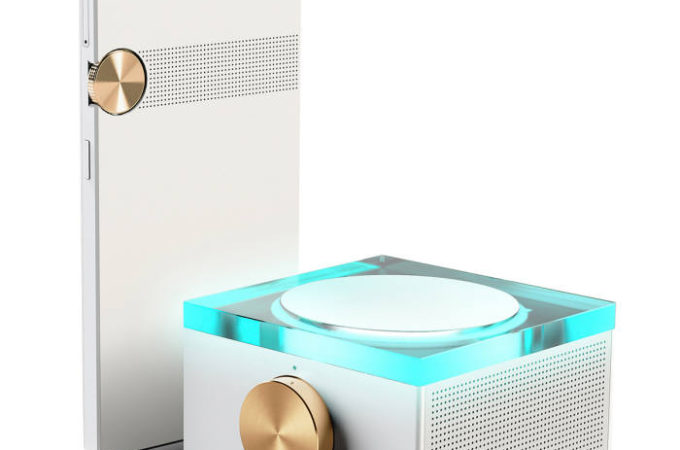 We like to cover all of the designs we fancy, even though sometimes they’re much more than concepts. Such is the case of the Pantech Sky IM-100, one of the most original music phones since the Marshall handset. 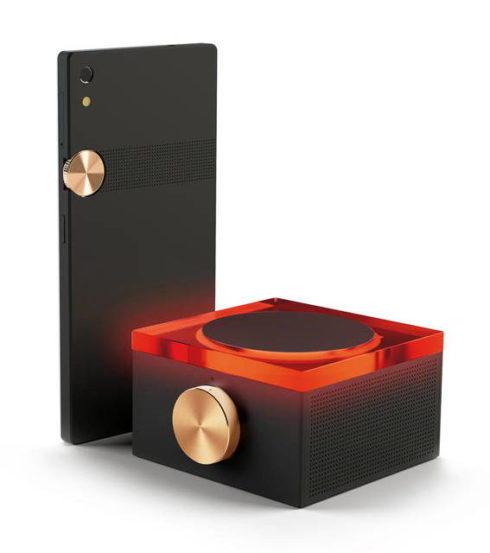 You may know that Pantech was out of the smartphone biz for over a year, after being purchased by some other firm. Back in the day these South Koreans gave LG and Samsung a run for the money, at least locally. Now they have a new model, uninspiringly named Sky IM-100, but its design and functionality is pretty interesting. 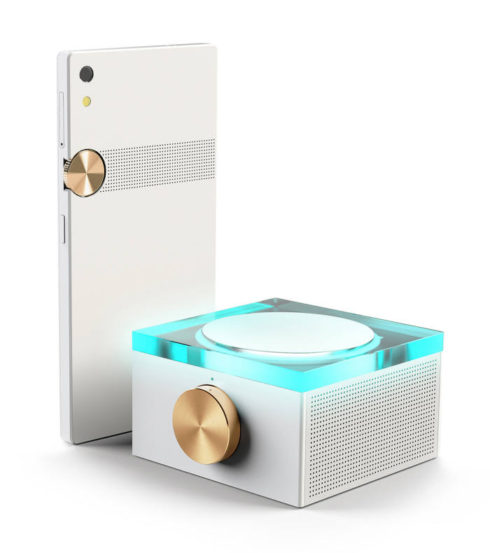 The unique aspect here is clearly the jog wheel at the back and left side of the phone, used to provide better control over the volume of the music. This is supposed to be an alternative to the traditional rockers, found on modern smartphones. You can also use that scroll wheel to go through pictures and videos. That cube-like thingie you see in the pictures is actually an accessory called Stone, that works as a Bluetooth speaker and a wireless charger for the device.

This model is priced at $380 and offers rather midrange hardware. Back the musical aspect, there’s a hefty speaker at the back and apparently 100 volume control settings available. The block-ish design has some appeal, I have to admit. 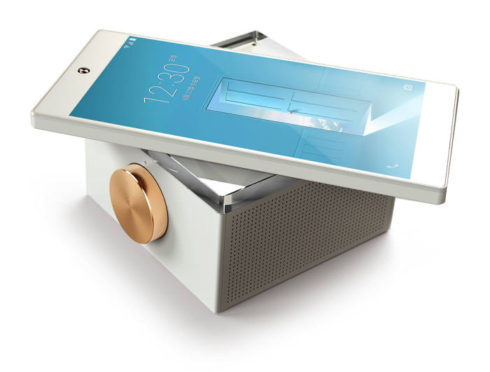 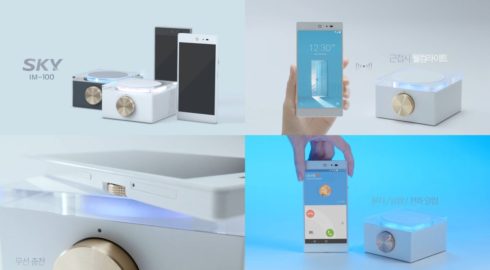 About Kelvin
Passionate about design, especially smartphones, gadgets and tablets. Blogging on this site since 2008 and discovering prototypes and trends before bigshot companies sometimes
New Hasan Kaymak HTC Concept Integrates Camera and Fingerprint Scanner Into Display   iPhone 7 With Capacitive Home Button Gets Rendered in Dark Blue; Here’s a Video of It