This has all the chances to be a mere concept, but unbelievably enough it seems like a real device. ODROID is an Android OS-based gaming device, a portable console made by the folks of Hardkernel. 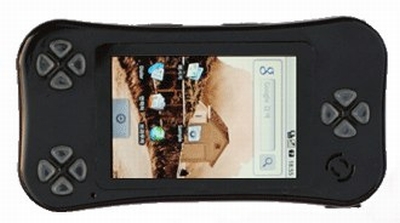 We’re not dealing with a phone, but rather with a portable gadget with a very poor design, although it manages to pack quite a bunch of decent specs, under the hood. There’s an ARM Cortex A8 600 MHz processor among the features (Samsung S5PC100 CPU), very much like the one used on the iPhone 3GS and a 3.5 inch capacitive touchscreen on board, once again a resemblance with Apple’s phone.

Wi-Fi, microSD/SD storage, composite TV out and an audio jack round up the specs list. If it weren’t for the bad design, we’d dig this device and maybe call it a PSP killer…