We’ve been handling lots of concept phones lately, but very few portable console designs. Thus, we’re glad to stumble upon Justin Porcano’s creation, the GON console pictured below. This PSP rival uses an innovative way to protect the screen, by covering it with two sliding sections that include the gaming controls. 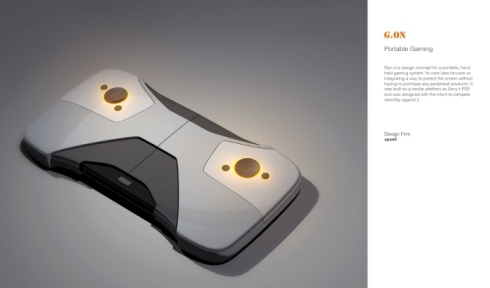 This reminds me of an Xbox controller, combined with a smaller and modified PlayStation Portable. The handheld gaming system uses a platform that once again resembles the PSP and I have to say that we really like those analog sticks incorporated into the device.

Keep in mind that this is a mere concept console and not a real product, so don’t bother asking for its price.Would you like this to become a real product? 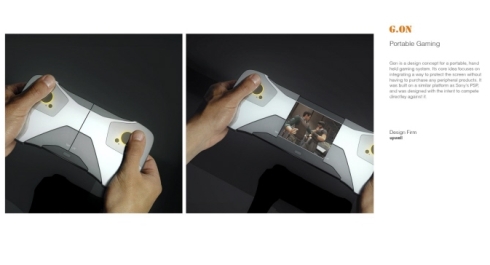