Nintendo DS 2 Concept, Too Good to Be Untrue

Since we’re tired of only hearing PSP 2 and PSP Phone rumours, let’s give good old Nintendo a chance and check out their new DS concept, designed by Phil Nolan. Can anyone say “crisp display?” It seems we’re dealing with a thinner device, which features a quality display plus the same control system Nintendo has been using for the past years. 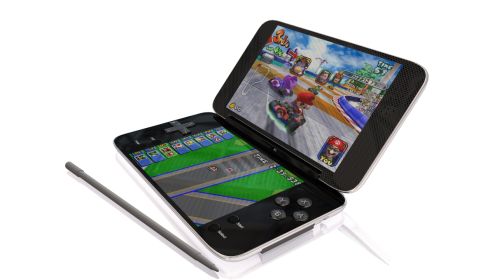 Its designer states that the console is inspired by the Wii, PSP and iPhone. The quality of the graphics charms us enough to really want this baby for Christmas 2008.