Nintendo Flex is the Gameboy We NEED 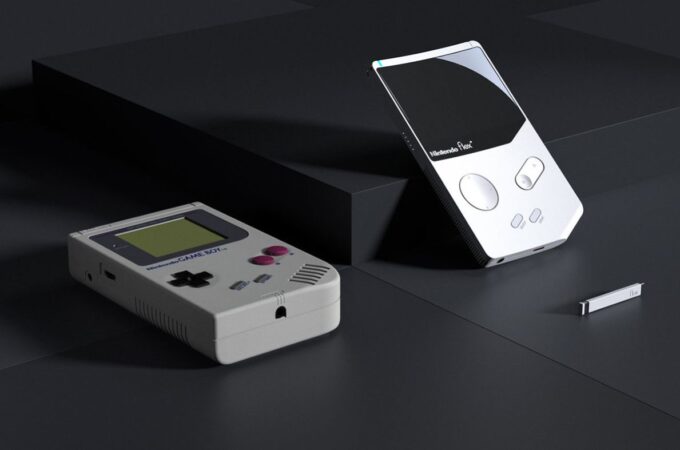 I remember playing Street Fighter on the GameBoy in the early 1990s and kids gathering around me and watching combos in awe. Fast forward a few years and we’ve got GameBoy Color, Pokemon and Super Mario. Somewhere along the way, the GameBoy brand died out, which is a shame, since it was such an iconic console. It’s coming back every now and then via concepts, like the one below, dubbed Nintendo Flex.

Nintendo Flex is a redesigned portable gaming console, which starts off from the original GameBoy but adds panache to it. It keeps the boxy approach and proportions, but it’s no longer chunky. It get a hint of Cybertruck in it, if you want my take. The screen gets larger, the body gets thinner. The console has a vertical layout, reflecting the way the human body is designed. We have a new curved display, for a more immersive experience, which offers a bigger field of view.

There’s also a patterned back side, a linear one, which adds grip and focuses on nostalgia of the original unit. The speaker has been relocated from the corner of the device, where it was covered by the gamer’s hand, to the bottom part. Buttons are more refined now, especially the D Pad, which turns into sort of a clickwheel. Cartridges now look like a sort of mix between stylus and USB drive. Some sources also say we ARE getting a stylus here, not just a small cartridge of sorts.

We also get an USB-C port, audio jack and a touch sensitive contrast button, like the GameBoy Pocket had. We definitely need this device to reach crowdfunding one way or the other. It’s a keeper for me.