Straight from the site samsungsvi.com comes a bunch of renders for the Samsung Galaxy S6, of course all of them being based on speculations or pure fiction. There’s even a Google Play Edition Key Lime Pie unit included here, so we can really let the imagination go wild. 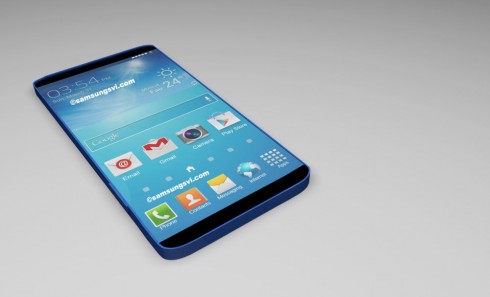 The design of the first model is actually kind of nice, with an edge to edge screen, rounded top and bottom and rectangular sides. The surrounding edge of the device doesn’t look realistic, though. The second unit feels more like a Galaxy Note III concept and the icons on the screen are too big, while the Google Play Key Lime Pie edition keeps that design, but adds a twist of orange to it, via the UI. 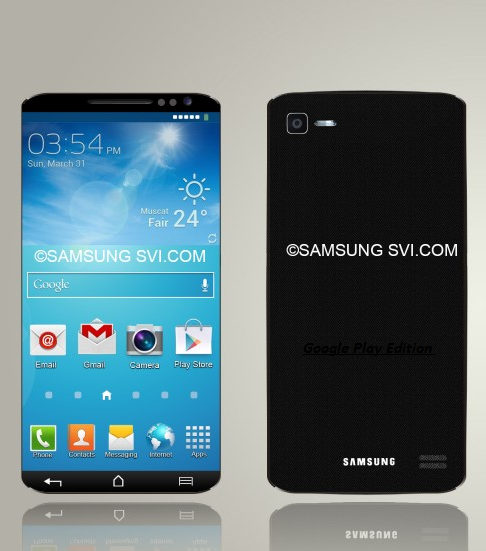 Interestingly enough there’s also a specs list of this handset, that includes a 20 megapixel camera, a 4 or 7 megapixel front camera and 64 GB of storage. There’s a metallic body in the mix, a 4000 mAh battery, Intel Haswell series processors for some reason and wireless charging. Flexible glass is listed as an option an Android Milkshake or Tizen OS are shown as potential platforms of the future.

So, what do you think? Will the real Samsung Galaxy S6/Galaxy S VI be anything like this concept? 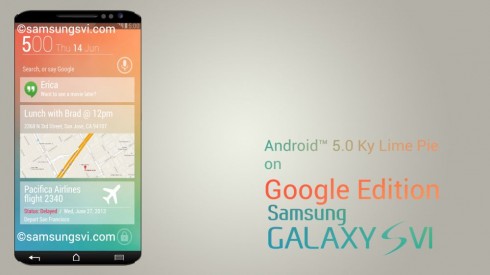