First Glimpse at Galaxy S22 Comes From a Patent 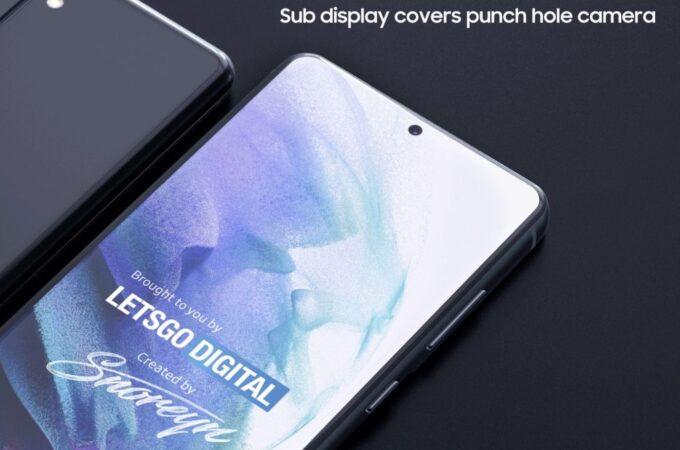 Samsung Galaxy S22 is expected to debut in 2022, that is if Samsung keeps its naming pattern as it is. In the last days of 2020 we got to see a brand new Samsung patent which may well anticipate what’s coming in 2022. It’s all about the cameras hidden under the display, an approach also confirmed by this leak.

The new patent has been turned into a render by designer Snoreyn (Giuseppe Spinelli) and Letsgodigital. Oppo broke the ice with a camera hidden under the display, but that happened on a phone prototype. ZTE Axon 20 5G is the first commercially available phone with a camera of this sort. Samsung has also been rumored to be working on this technology for the past years. Some even predicted it would debut on the Galaxy Note 20, but that didn’t pan out. Then it was associated with the Galaxy S21 and also no go. Now it’s time for the Galaxy S22 to take the reins of the rumors.

Note 21 is already a done deal apparently, already sketched up and prototyped, sans under display camera. One may also wonder about the future of the Galaxy Note alltogether, with the S Pen reaching the S21 Ultra and Z Fold 3. Back to the under display selfie camera, I had a look at the first reviews of the ZTE Axon 20 5G and they’re not flattering. The image is all messed up in low light conditions and even regular selfies are a bit yellow at times. A teardown of the camera and screen system revealed that there’s actually a set of dual screens used, sandwiching the camera between them.

Samsung would use a transparent area, with a sub display below it that can move around. It moves up to display content and moves down to let the camera do its magic. To me this sounds like a pretty fragile and thick, beefy mechanism, but nowadays everything has been miniaturized, so you shouldn’t worry too much. Be sure to check out the source link for animations of the device.

About Kelvin
Passionate about design, especially smartphones, gadgets and tablets. Blogging on this site since 2008 and discovering prototypes and trends before bigshot companies sometimes
Motorola Moto G Stylus 2021 is Here, With Fresh Renders   Redmi Note 9T Pops Up in Renders, GeekBench, Specs