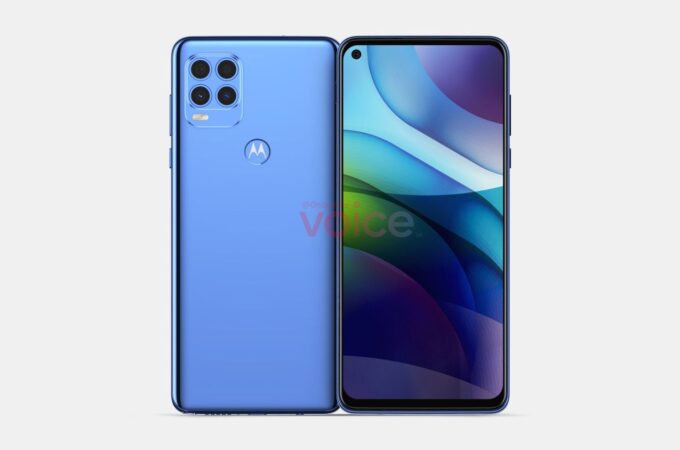 We start off the year 2021 with a stylus-based smartphone, that doesn’t come from Samsung this time. I’m talking about the Motorola Moto G Stylus 2021, freshly leaked courtesy of @OnLeaks (Steve Hemmerstoffer) and Voice.com. The device feels pretty similar to recent Motorola outings and can be seen below.

This is a midrange phone meant to compete with the likes of LG Stylo 7 5G, leaked just a few days ago. It obviously has a stylus, as the name shows and also brings a quad back camera with a square module. The smartphone was leaked before, courtesy of Evan Blass, who showed off some specs back in November. Now @OnLeaks confirms some of them, including the generous display size, 6.8 inches in diagonal, plus a chassis that measures 169.6 mm in length and 73.7 mm in width, plus an 8.8 mm waistline. That one goes to 10.9 mm with the rear camera bump.

This means we’re getting a phone that’s even bigger than the Galaxy Note 20 Ultra. Moto G Stylus 2021 has a flat screen and features a single punch hole camera placed in the top left corner. The new source also corroborates previous leaks from Evan Blass, including the fact that we’re getting a main 48 MP camera, an 8 MP ultrawide shooter, 2 MP Bokeh cam and 5 MP Macro camera. It feels like a pretty basic midrange package, which makes me think of a price around $200 to $300.

The device is most likely a follow-up to the Moto G Pro, the current stylus phone from Motorola, with a note taking app in the mix. Upfront we find a 16 megapixel selfie camera, while the fingerprint scanner may be placed on the side, but that’s not set in stone and it could end up at the back. The stylus slips in a special holder at the bottom of the phone and we’ll also get a 3.5 mm audio jack. If you ask me, Moto should invest more in productivity software related to the stylus.

About Kelvin
Passionate about design, especially smartphones, gadgets and tablets. Blogging on this site since 2008 and discovering prototypes and trends before bigshot companies sometimes
Huawei P50 First Hands on Photos Leaked   First Glimpse at Galaxy S22 Comes From a Patent