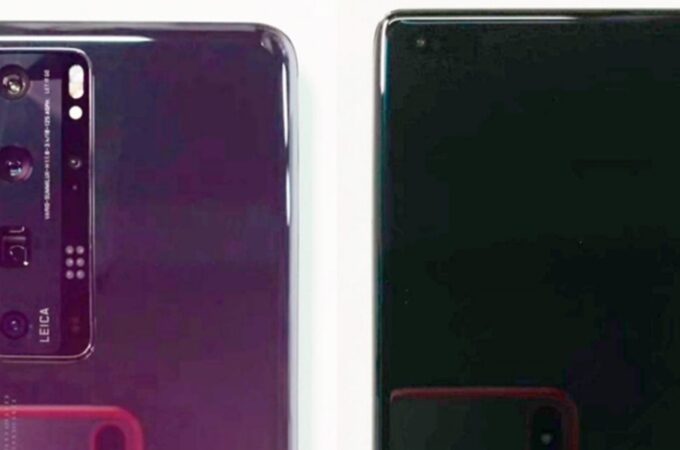 Huawei P50 already received a render teaser/leak a few days ago and now it gets a hands on shot leaked by Slashleaks. This time we’re dealing with an actual picture, not a render of the device, as seen below. Also, unlike the previous photo, we also get to see its back side. Let’s check it out.

First of all, the camera module from the P40 Pro seems to have been shrunken down, or at least it’s narrower now. We also have a glass back side (or is it ceramic?) with curved edges. Huawei P50 (Pro?) has a quad camera array, with a periscope cam clearly on show, as well as a Leica logo. We also get to see 3 other camera lenses, a pretty generous flash and a few other extra sensors or reflections. A laser focus is also in the mix, from what I can see. As far as the facade goes, there’s a singular selfie cutout this time around, not that ugly dual punch hole, which underwhelmed many people.

This also means there’s no longer a ToF 3D sensor, just a main shooter, which makes us worry about the face unlock and Bokeh. It also seems that the selfie camera is now on the left side, not centered, as one would expect. Huawei may be testing out multiple design formats and multiple prototypes ahead of the launch, so nothing’s for sure. Bezels are very narrow and the volume and Power button and on the right side. Huawei P50 is rumored to debut in March 2021, with a Kirin 9000 CPU, 8 or 12 GB of RAM and a 5000 mAh battery inside with fast charge.

HarmonyOS may be on board as a surprise software platform. I’m also rather sure we’ll see some detailed renders in a few days, perhaps from OnLeaks.