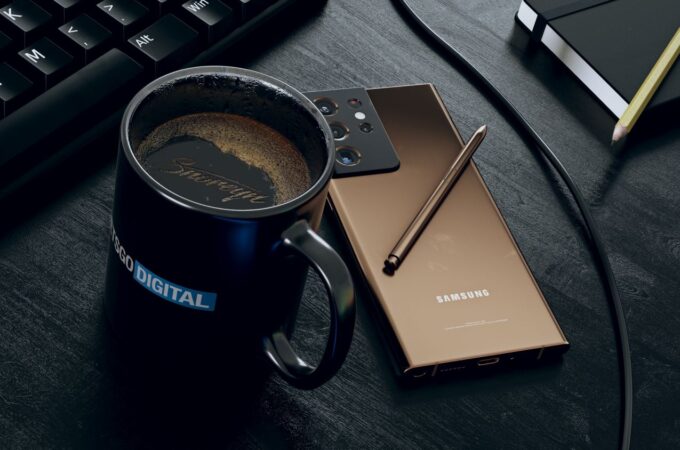 While everybody feels pretty much ecstatic that Samsung confirmed its January 14th launch date for the Galaxy S21, there will hardly be any surprise there. That’s because the trio has leaked a lot and we already know everything about it. Now it’s time for the future release to shine and the Samsung Galaxy Note 21 Ultra 5G is already here, courtesy of Letsgodigital and Giuseppe Spinelli aka Snoreyn.

This is no regular Galaxy Note, as it may just be the last one of the series, considering the S Pen has been brought to the Galaxy S line. If the Galaxy Z Fold 3 also has one, it’s game over for the Notes. Anyway, back to the concept, if the Galaxy Note 21 does exist, it should come to life in August-September 2021, maybe even earlier. The design we see here is largely similar to the Galaxy S21 Ultra one, perhaps too similar. We still have a Penta camera, one of them a periscope telephoto one and two of the shooters have the LED flash between them.

The camera module is still “wrapped” around the top left corner of the the device. It does look like a bulkier machine and also wider and longer than usual. Note 21 Ultra is said to retain the 6.9 inch diagonal of the predecessor, even though the S21 Ultra just got downgraded to 6.8 inches instead of 6.9. AMOLED and 120 Hz are obvious choices here, plus the Snapdragon 888 and Exynos 2100 CPU inside. Expect a brightness bump, even though the S21 Ultra 1600 nits already sounds like an achievement.

The S Pen should also be upgraded with new control gestures, new drawing and scribbling plus text recognition features. Maybe that rumor about a camera in the pen could come to life again. Instant translation and annotation would be nice to see with more apps compatible in the future. The 9 ms delay from last year will probably not be reduced, since it’s excellent as it is. We will have to keep a close eye to the S21 Ultra S Pen features, in order to deduce what Samsung could add on the Note 21 Ultra and keep it exclusively there.

One may even speculate about an under display selfie camera, but Snoreyn plays it safe and offers us a typical punch hole with a 10 MP camera. An increase in zoom from 50X to 100X and maybe to 10x optical may happen for the Note series too. Also, faster charge is possible, up to 65W or so.

About Kelvin
Passionate about design, especially smartphones, gadgets and tablets. Blogging on this site since 2008 and discovering prototypes and trends before bigshot companies sometimes
Xiaomi Mi 11 Lite First Renders and Specs Are Here   Huawei P50 First Hands on Photos Leaked