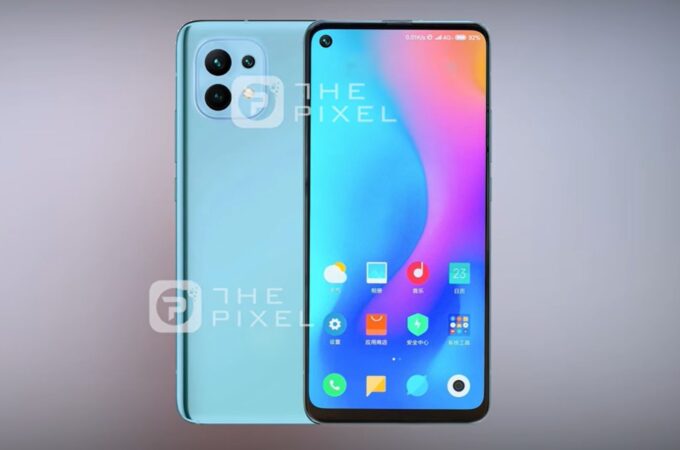 Xiaomi Mi 11 was unveiled in late 2020, but oddly enough there was no Mi 11 Pro or Mi 11 Lite to showcase. While the Mi 11 Pro is rumored to come in February or March and has registered some leaks, the Xiaomi Mi 11 Lite is a completely new face. Actually, what we’re dealing with here is a lighter version of the Lite, Xiaomi Mi 11 Lite 4G.

It has been rendered by a Vietnamese YouTube account known as The Pixel. Some say it could debut as the POCO F2 in some regions and be part of a lineup of 9 new phones coming in early 2021. Xiaomi Mi 11 Lite seems to adopt a camera module similar to the Mi 11 one and it’s shown in blue and black here. It provides a flat display and a punch hole slefie camera, plus the source mentions a 120 Hz refresh rate screen with a Full HD+ resolution. We also have an IPS LCD display, a Snapdragon 732G processor and 6 GB of RAM.

There’s 128 GB of storage in the mix, while the rear camera setup includes a 64 megapixel shooter, an 8 MP ultrawide shooter and a 5 MP cam, probably for Macro or Bokeh. The Vietnamese designer who created this concept expect sit to be sold in Vietnam by the end of March priced at around $324 or $346. I love the blue here of the device, but other than that… it’s not very special. The CPU is rather modest, also seen on the POCO X3 NFC, by the way.

If you look closely at the frame of the device, it feels a bit reminiscent of the recent Galaxy S and Galaxy Note models, with the way the buttons are integrated within it. Take everything with a very large grain of salt.