Jermaine Smit is working on a new Samsung smartphone concept, a device called Samsung Switch. He didn’t provide many details about it, but apparently the logo has a special meaning. If you look at the word Switch closely, you’ll see two arrows going in different directions. 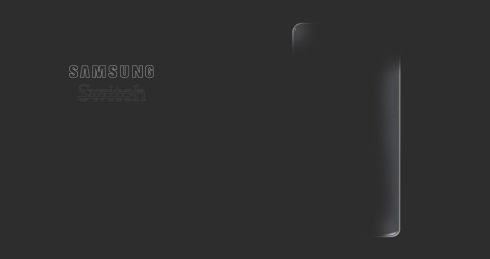 To me this is a sign that we’re dealing with a dual display device, one that can be used on one side and switched to the other. This is just guessing, but instead of using side screens, like on the Note Edge, we could get an extra screen on the back. It could be a full screen, or maybe just a small screen window, like the opening offered by the famous Samsung S View Cover.

As far as the actual device goes, we seem to be dealing with a typical rectangular smartphone, with rounded edges and a pretty narrow profile. I have a feeling this handset is supposed to be an alternative to the Galaxy S6… What do you think? It’s all teaser and speculation for now.

About Kelvin
Passionate about design, especially smartphones, gadgets and tablets. Blogging on this site since 2008 and discovering prototypes and trends before bigshot companies sometimes
HTC M9 Flagship Gets Leaked in What Appears to be a Render   Microsoft Lumia X Flagship Imagined by Nick Ludgate