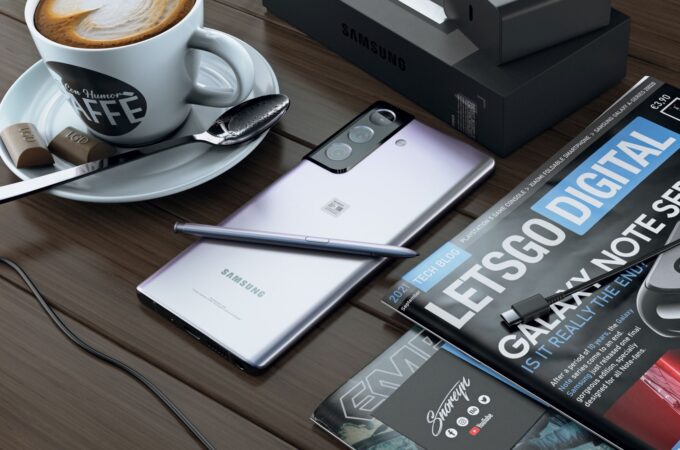 Samsung’s Galaxy Note lineup seems more and more like a thing of the past with each rumor and leak. It’s very likely that it will be replaced by boxier Galaxy S models with S-Pen bundled, as new rumors have stated. There’s also the theory that we’ll get foldables with pens instead. Today we learn of a third alternative: a Samsung Galaxy Flex Note foldable smartphone with S-Pen.

Back in July 2021 Samsung Display registered a trademark for the name “Flex Note”. This is a name associated to a future model, which may be a different format of foldable device. We’re dealing with a device that has a wraparound screen and an S-Pen. The screen shown here continues on the back and shows a dual punch hole for a selfie camera. Another patent for a similar device was filed with the China National Intellectual Property Administration (CNIPA).

The documentation was released on September 21st 2021. Two Samsung devices are shown on the 30 product images, which apart from the camera system are identical to each other. It’s an outward folding screen, which in compact model has a regular format with very narrow bezels. The wraparound display continues towards the back from the right side to the rear, taking up half of the total surface.

You can also flip the display on the back towards the front, making the smartphone closer to a tablet. There’s also room there to hide an S-Pen. It’s tucked in when the screen is folded at the back. We see no cameras on this model, so it’s clearly a sort of proof of concept. Also, the render above is beautiful and all, but it will remain just a dream.

About Kelvin
Passionate about design, especially smartphones, gadgets and tablets. Blogging on this site since 2008 and discovering prototypes and trends before bigshot companies sometimes
Samsung Galaxy S22 Ultra Rendered With S-Pen, Quad Camera and More Via OnLeaks   Why Add CBD in your Routine?