Samsung Diamond S is a Phone From 2013

We’ve just received an anonymous mail from someone in Russia with a beautiful design of a Samsung concept smartphone from 2013. This is the Samsung Diamond S, a device with incredible specs. It packs not only a quad core 2.5GHz processor, but also a 3D HD display that can support 1080p resolutions. 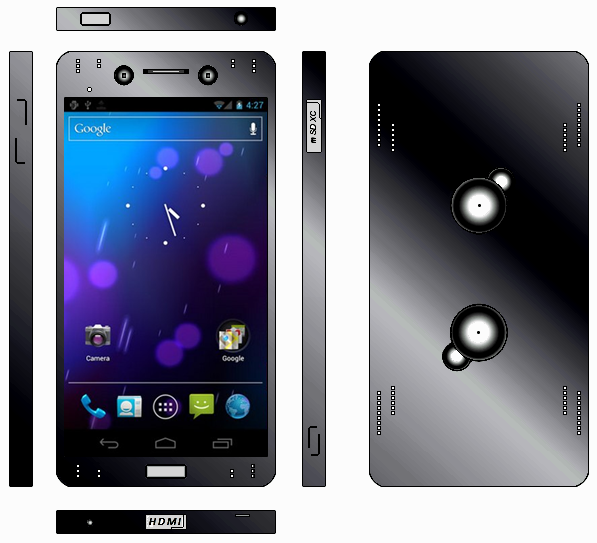 The display is uses Lotus Glass technology for protection, it’s got a 4.3 inch diagonal and it supports 3D graphics. We also get 8 channel sound from the Samsung Diamond S, 4GB of RAM and 128GB of internal memory, as well as a 20 megapixel camera with 3D capture support and a front 3D camera for videocalls. The front photo sensor is 5 megapixels in resolution. 3D video capture is handled by the main camera in 1080p mode, which is a great feat, that will probably arrive only in 2013.

The entire device is a mere 6mm thin, it runs Android 4.x, possibly even version Android Jellybean, whenever that launches. The smartphone also comes with a HDMI out port and its rectangular shape reminds me of the iPhone 4 quite a bit, but I’m not saying it’s a copycat, mind you!