I’ve known the designer Razec from esato.com for a while now, since he showed us some of his works. However, after taking a break from handset designs, he’s back now! Leaving that aside, I’m here to show you his latest work, a Sony Xperia concept called Yu and depicted below. The handset is a typical rectangular Xperia handset with 3 virtual buttons at the bottom and one unique feature you’ll learn after the break. 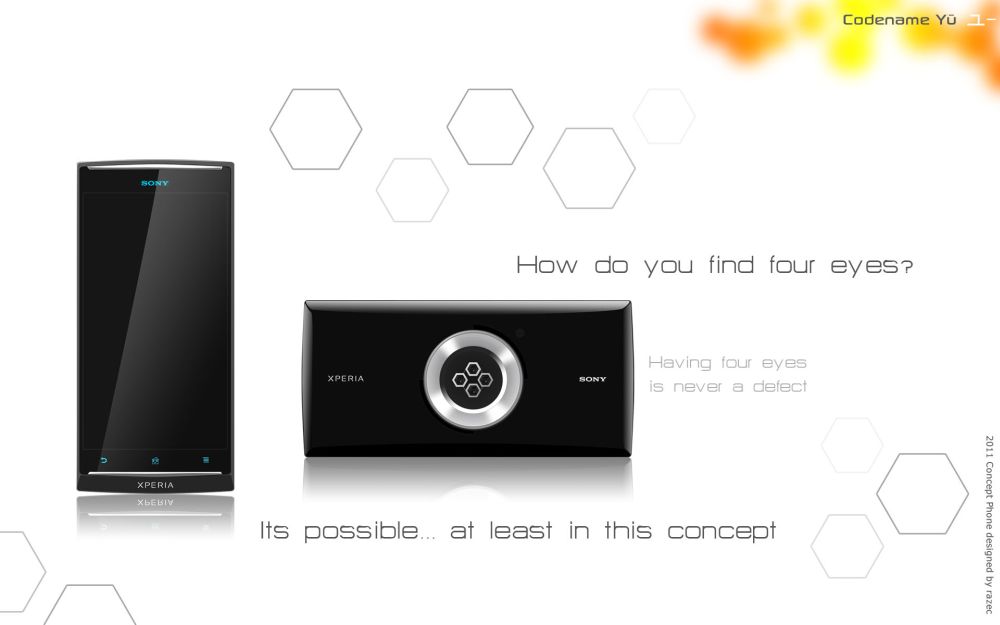 I’m talking about the four 5 megapixel camera sensors it has attached to the back, giving a strong video/photo capture performance. Sony Xperia Yu is the world’s first four camera smartphone and it comes with a backlit logo (in blue, says Sony), a programmable second touchscreen OLED display for quick UI navigation. Those 3 virtual buttons at the bottom are in fact a touchscreen area that you can fill with your own shortcuts, buttons and whatnot.

The four cameras I mentioned have an output resolution of 16 megapixels and they’re based on a technology called microstiching. You can also attach external lens accessories and flash to this handset, via a special area compatible with such gizmos. Razec has been on a 3D design hiatus for 3 years and now he’s back, so we’re looking forward for more of his excellent work. 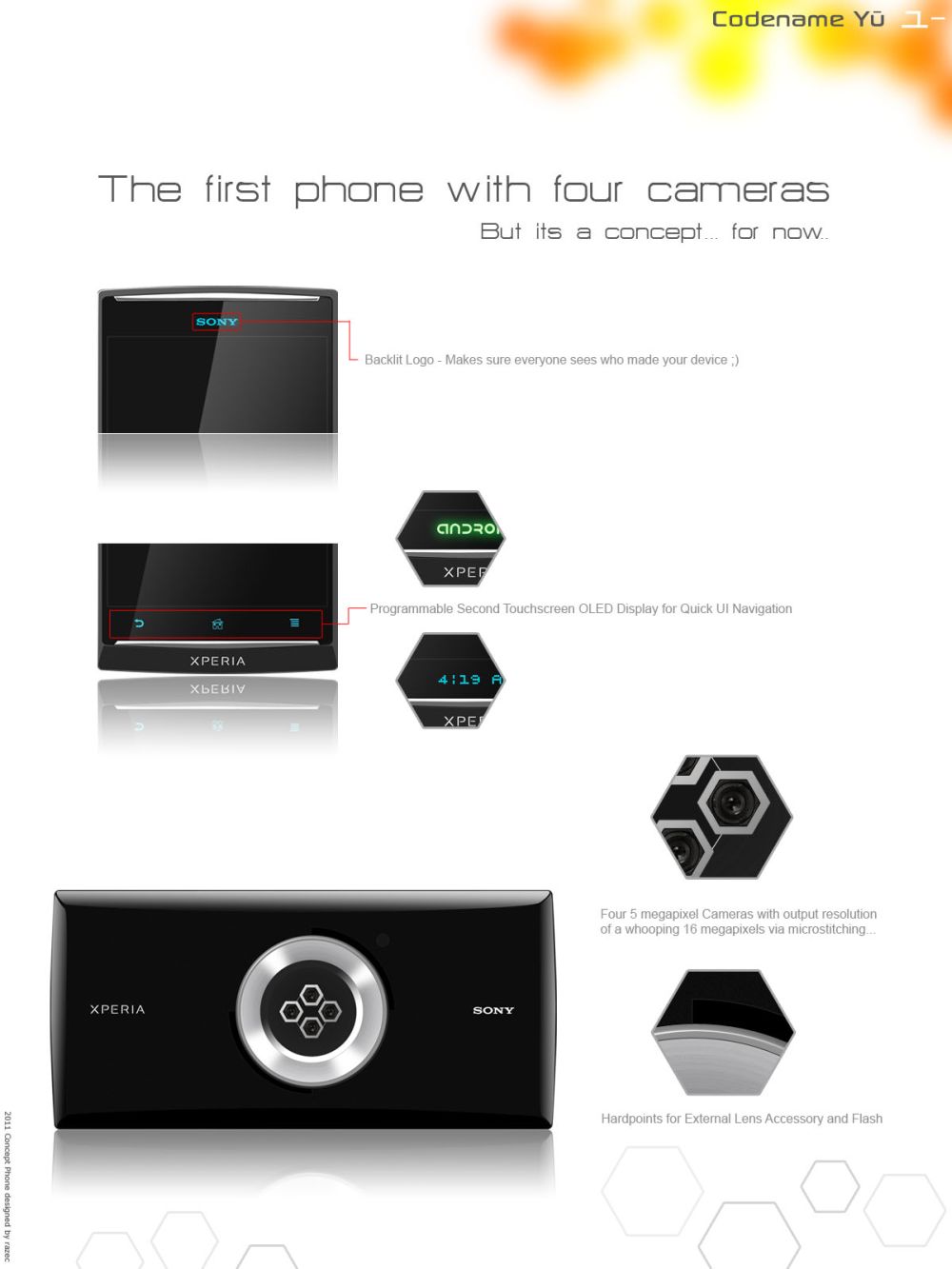