Samsung president Young Sohn did a very interesting demo recently, showcasing some potential flexible handsets at MobileBeat 2013. We saw a woman opening up her smartphone like a book, with side flaps and special sensors included. 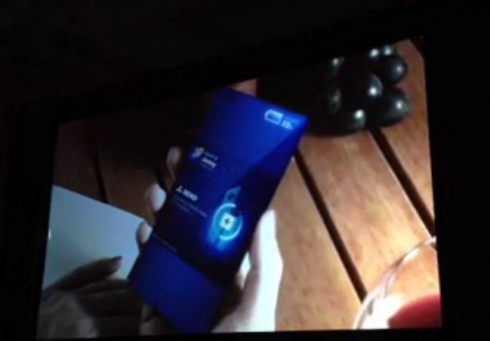 The phone could be easily folded and involved a reconfigurable convex button. We also saw some video calling action and a tiny bracelet sensor attached to an older woman’s wrist. That painless patch sensor with an arrayed antenna was able to detect some vital stats, like blood pressure, pulse and many more.

Those were sent to the doctor and then the video ended. The flexible display phone idea was exploited before, but never with a handset with flaps on the side. The second smartphone, the one that the older lady uses is really interesting, especially the way it interacts with the bracelet. Frankly speaking, S Health is a pretty solid reason to buy the Galaxy S4, so Samsung may bank on that and move further relying on health.

Sorry for the image quality folks, that was the best I could find.

[via All Things D]