Samsung Galaxy A54 5G Gets Its First Renders and Specs Out 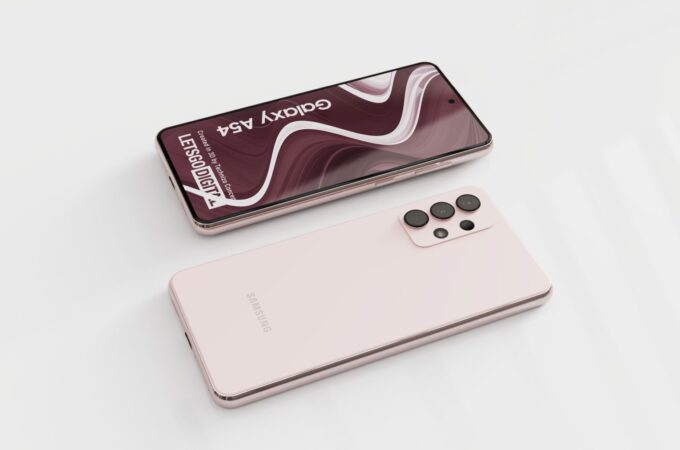 Samsung Galaxy A53 was unveiled just weeks ago, but as usual our minds fly to the future, to the 2023 follow-up. Letsgodigital is on the case and already has a render out for the Samsung Galaxy A54 5G. The creator of this design is Parvez Khan, aka Technizo Concept.

The device manages to combine the current camera module design of the A53 with the protruding camera lenses from the Galaxy S22 Ultra. Bezels get a bit smaller and the device’s screen is a bit curved on the sides now. There’s still a quad camera at the back of the phone, with 3 main ones and a smaller fourth lens. Specs have leaked together with the render and we’re dealing with a 6.5 inch Super AMOLED FHD+ panel with 120 Hz refresh rate.

The main cam is a 64 MP shooter, together with a 12 MP ultrawide cam and as usual the other two are 5 MP shooters (Bokeh and Macro). It means that we have the camera setup yet again for the fourth generation in a row, which is definitely not OK. We need a change, a new set of sensors, a new gimmick, better zoom, or better stabilization. I would have expected the 108 MP camera of the A73 to drop to the A5xx sub-series.

The device should have Android 12 and One UI 4.1 or maybe even Android 13 with One UI 5.0. The CPU could be a Snapdragon 7 Gen 1, since that will probably be available on most midrangers that matter in 2023. Or we may end up with an Exynos CPU, especially since the Galaxy A53 has an Exynos 1280 CPU. It may also be time to switch away from polycarbonate…