Samsung Galaxy A73 Gets a New Leak: Renders, Price, Specs 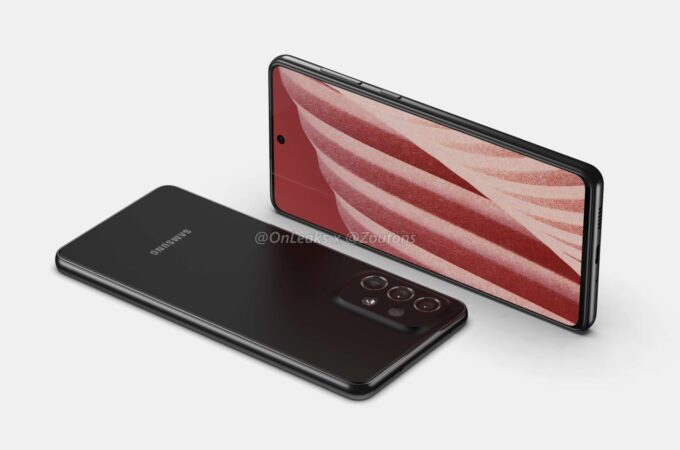 Samsung Galaxy A73 is the most interesting of the Galaxy A 2022 models, on account of it having a 108 megapixel back camera. We’ve seen it leaked before this fall and now we get more detailed renders, plus more specs and even a price tag.

The smartphone measures 163.8 x 76.0 x 7.6 mm, but the waistline becomes 9.3 mm including the rear camera bump. The Galaxy A73 packs a 6.7 inch flat display with an Infinity-O approach and a punch hole cut for the selfie camera. The 3.5 mm audio jack gets sacrificed to make more room for other components. By the way all credits for this leak go out to @OnLeaks and Zoutons, who provided 360 degree videos and 5K renders.

Oddly enough, the sources also seem convinced this is not a 2022 phone, but rather a December 2021 one. It’s priced at around $437 and should compete with the Redmi Note 10 Pro, maybe also the OnePlus 10. The design is quite similar to the Galaxy A72 one and the screen provides a FHD+ resolution. The quad back camera involves a 108 MP main shooter, plus an ultrawide cam and either a telephoto cam and a Macro shooter or maybe a Macro and Bokeh shooter.

The CPU speculated here is rather modest, just a Qualcomm Snapdragon 750G, even though I hoped for at least a Snapdragon 778G. Oddly enough, the AMOLED screen remains at 90 Hz refresh rate, not 120 Hz. 8 GB of RAM are also here, 128 GB of storage too and a 5000 mAh battery. Available in black and gold, the device will once again have a plastic body.

About Kelvin
Passionate about design, especially smartphones, gadgets and tablets. Blogging on this site since 2008 and discovering prototypes and trends before bigshot companies sometimes
Vivo Tri Fold Foldable Phone Gets Crazy With Projected Virtual Keyboard   Why You Shouldn’t Be Charging Your Phone Overnight