If you’re looking into the future and searching for the Samsung Galaxy S IV handset, then Alexander Black may have an insight into that. He teased you all a couple of days ago and now it’s time to unveil… the Samsung Galaxy Aurora. The project is not done, since he plans to mix Android 5.0 in this piece of work and some modular stuff. 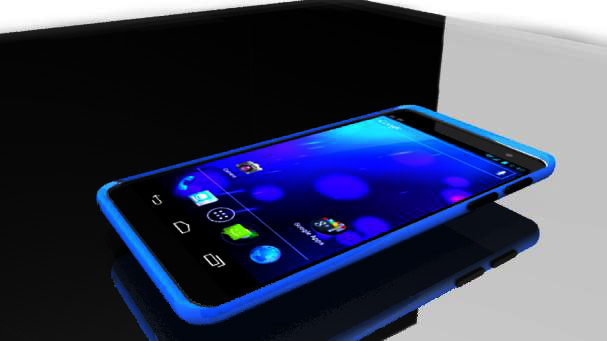 A follow-up project is also coming. As far as the Samsung Galaxy Aurora is concerned sees when you’re resting your eyes and goes into auto sleep mode. It also comes with a reliable assistant, the S Voice function that works beautifully. The handset will also “know” you’re at the movies and silence itself automatically. Its screen is heat resistant and the new Galaxy model packs a rotating 12 megapixel camera, available for all the angles of stunning photos you can imagine.

There’s also a holographic 3D function, that’s showcased in the last image below and it looks like a real battery drainer this one. Galaxy Aurora knows your touch by the heat you emanate and finally here are some more features to feast on: quad core 2 GHz processor, wireless router chip build in, 4G connectivity, 35 mAh rechargeable battery (does he mean 3500 mAh?) with 20-22 hours of talk time. To me this model looks like a combo between the Nokia N9 and a more rectangular Samsung Galaxy Nexus, if you want. What do you say? 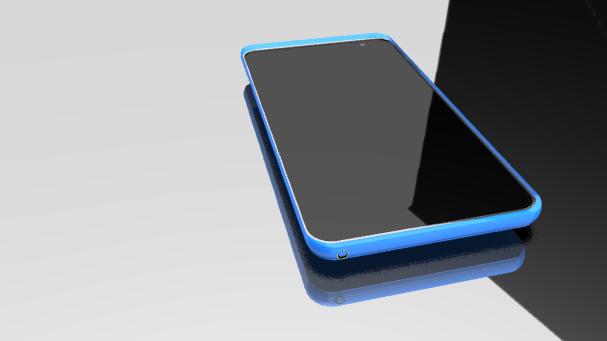 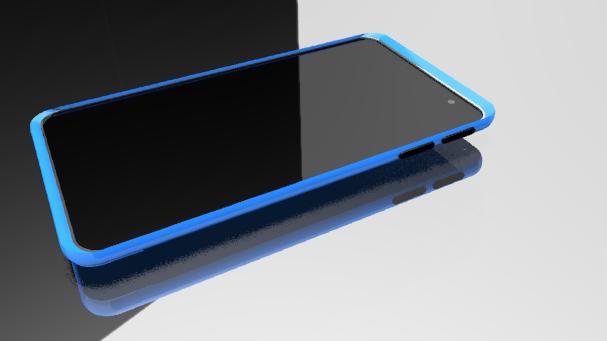 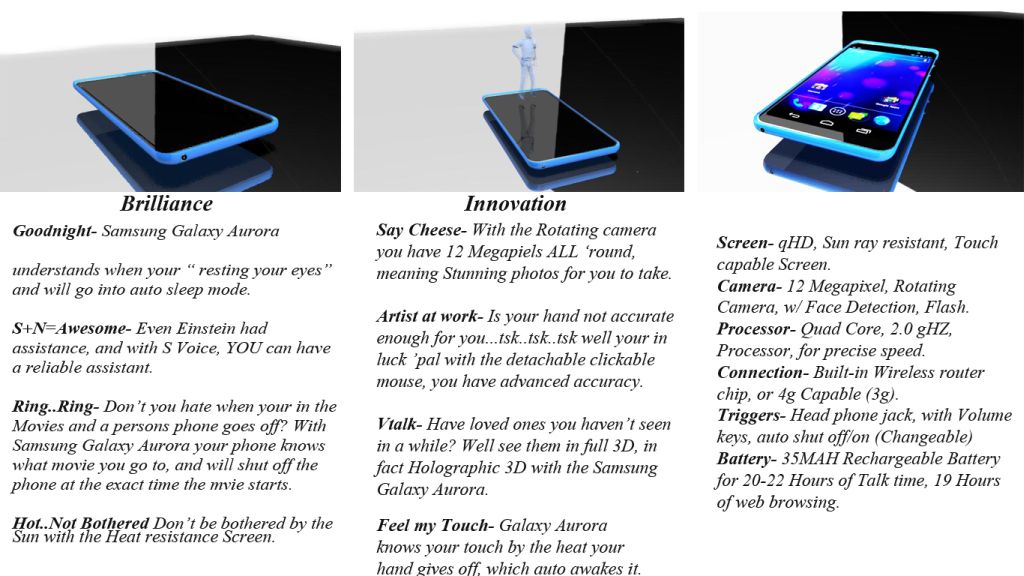