Samsung Galaxy X Concept by DBS Designing Team is All Glass, No Notch 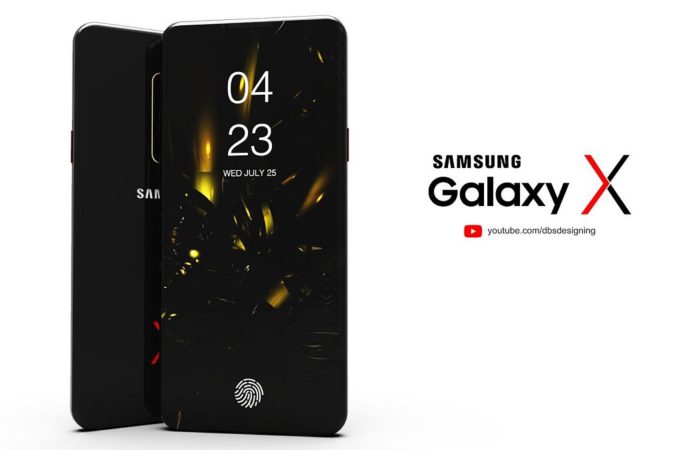 DBS Designing Team is back with a concept of the Samsung Galaxy X and no, it’s not a foldable machine this time. Instead, it’s more of a Galaxy S10, the logical extension and evolution from the Galaxy S9. We’re dealing with a high end smartphone with a glass (and metal) body. 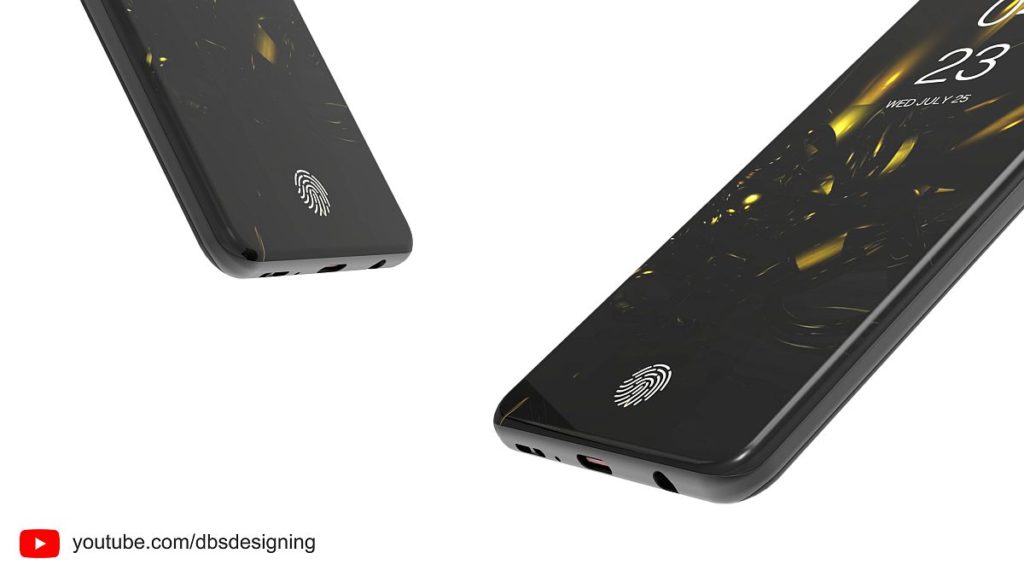 It doesn’t seem to have a notch, but it has a fingerprint scanner embedded within the screen. It also offers an edge to edge display, covering up all the facade, with minimal bezel. I see there’s also a triple back camera in the mix and new hues, like a combo of white and gold that seems borrowed from Nokia’s latest phones. 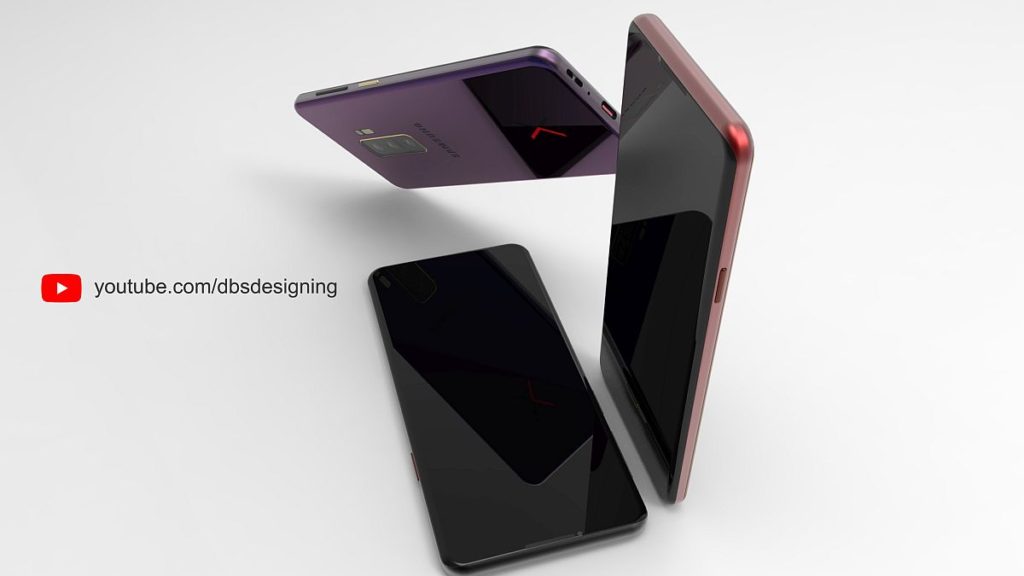 Loving the accents around the camera, but I’m not very sure about that “X” logo at the back. The cameras are lineup vertically at the back side, dead center, with a main two cam module and a third one below them. I find It interesting that there’s a colorful Power button here, just like the Google Pixel/Nexus had at some point. The new hues shown here are a shiny purple, a dark red, white and gold and a black with gold accents. 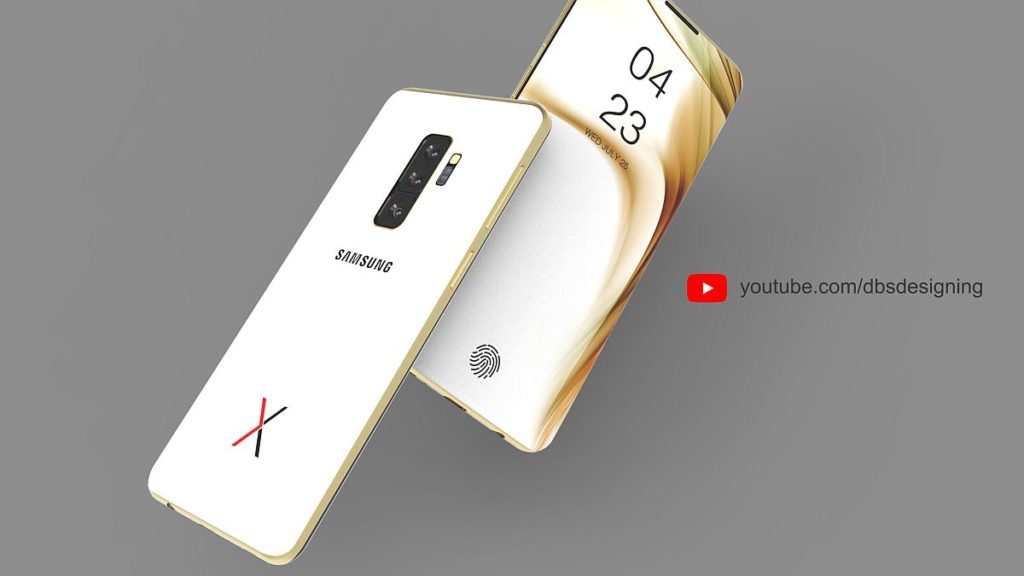 The expansion of the screen sans notch is pretty well done and from what I can see the front camera and speaker are cut right into the display panel. This all makes sense, but the colors are too much for Samsung. 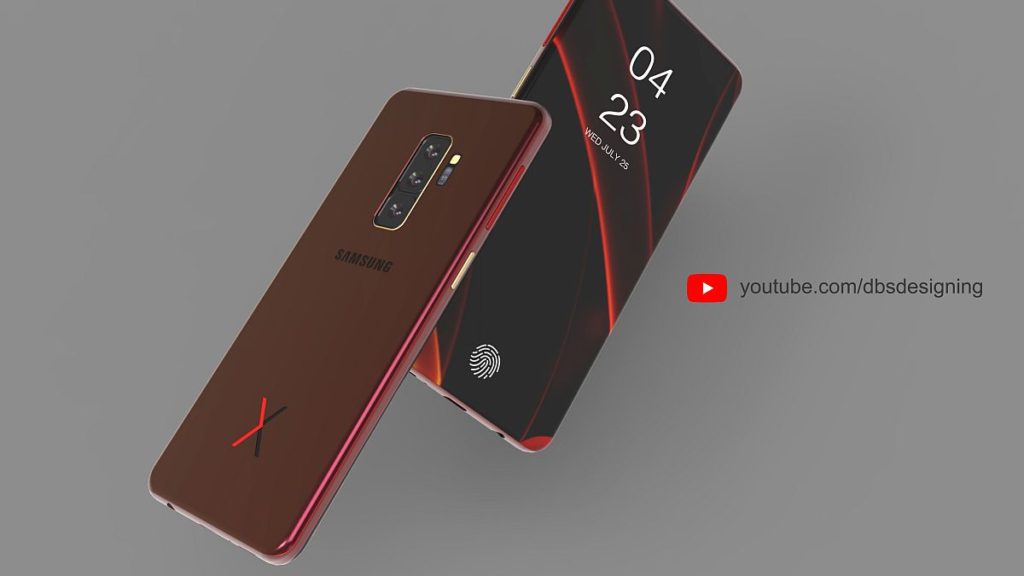 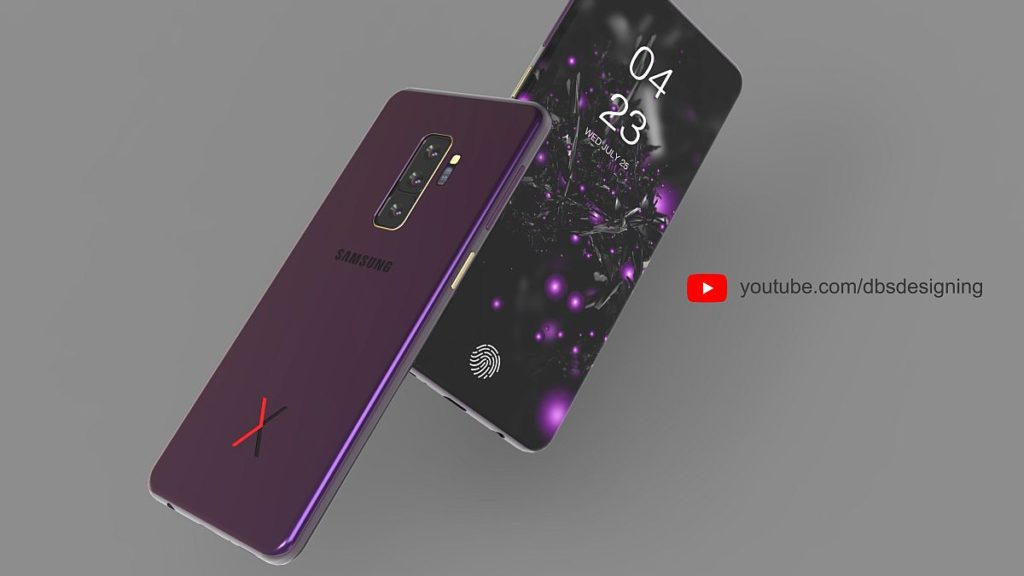 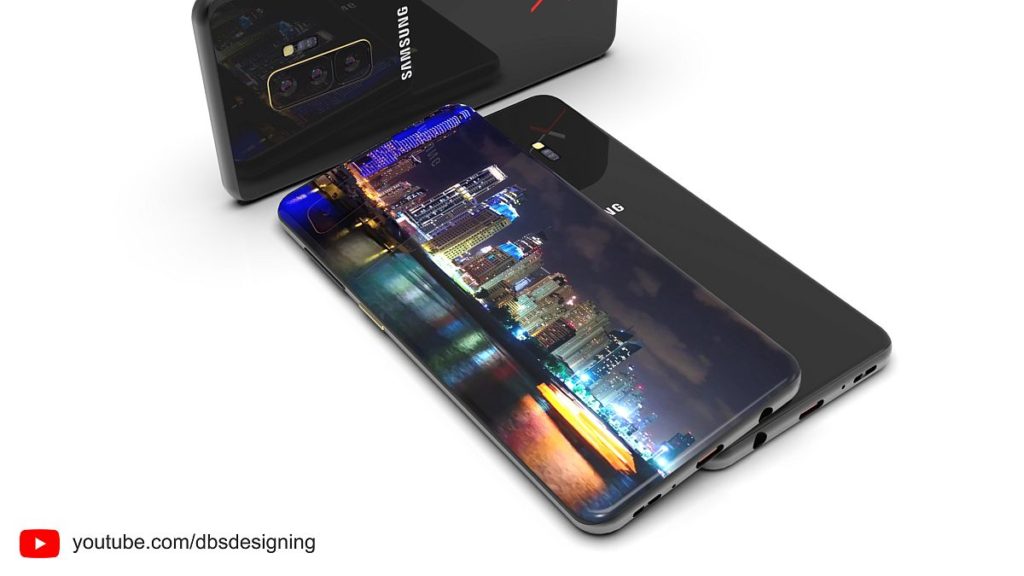 About Kelvin
Passionate about design, especially smartphones, gadgets and tablets. Blogging on this site since 2008 and discovering prototypes and trends before bigshot companies sometimes
iPhone 9c Gets Sliding Upper Portion Like Oppo Find X   Budget iPhone 9 Rendered With 6.1 inch Screen