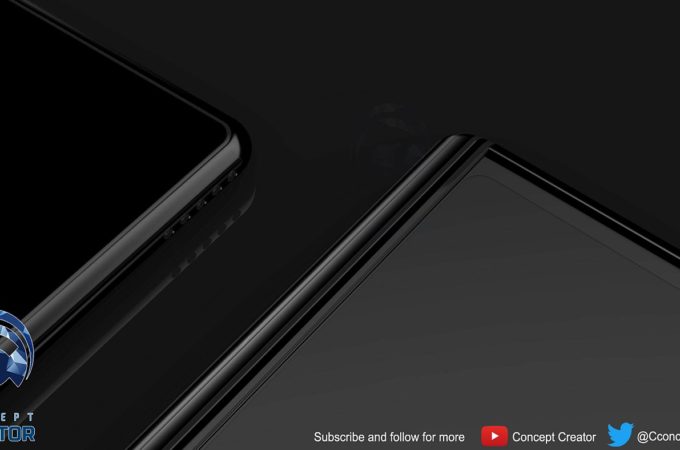 Samsung Galaxy F is supposed to be Samsung’s first real foldable phone and so far we’ve only seen its display and bits and pieces of info. Luckily inspired designers like Concept Creator are on the case, with fresh renders of the device. 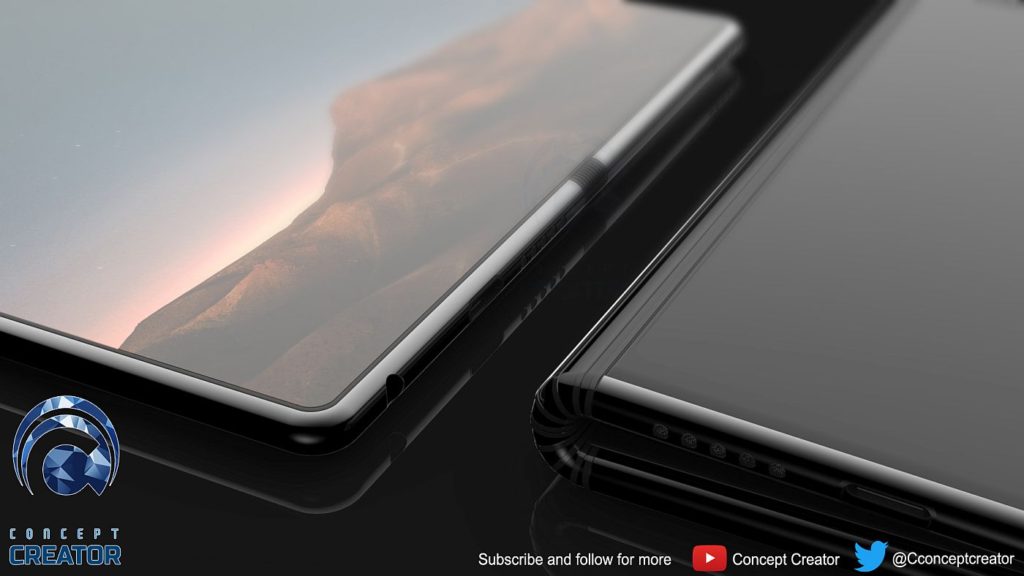 Samsung Galaxy F is expected to offer two displays that unite as one and when the device gets folded the two screens separate for individual use. There’s no cut or seam between the screens and the whole thing looks like a tablet when opened up. While the hinge feels like Lenovo Yoga Book or Microsoft Surface Laptop material, the sides are clearly all Samsung Galaxy S. 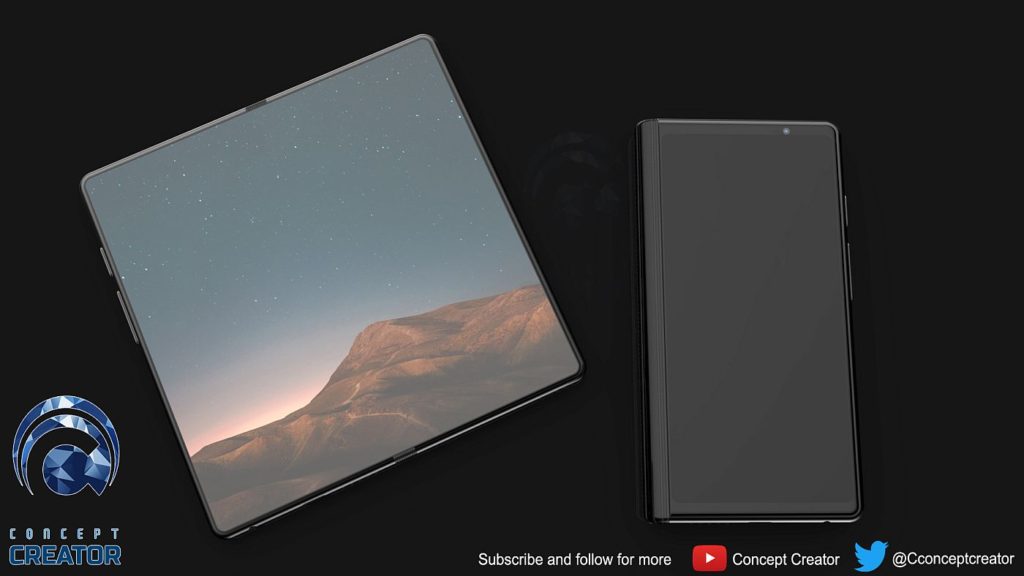 The hinge is actually the key here, since if it can take abuse and hundreds of thousands of bends, it’s going to make or break the device. Judging by this Samsung Galaxy F concept, the device seems to be ready to open rather horizontally rather than the vertical clamshell proposed by older Samsung patents. Instead of opening like a wallet, it opens like a book, more or less. 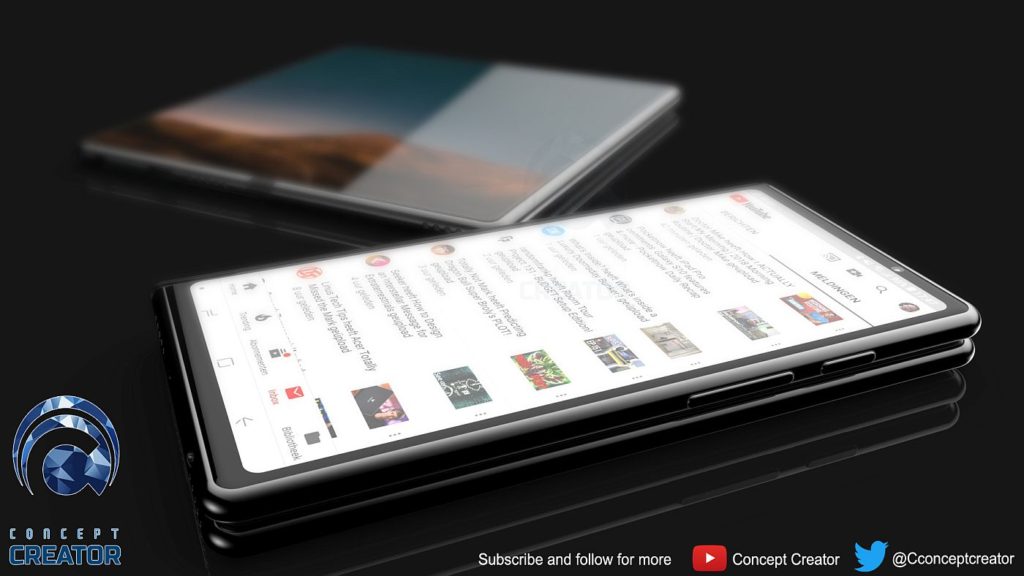 It has the speakers at the bottom and two back cameras available. Bezels are very narrow and I can’t seem to spot a fingerprint scanner or sensors (probably under the screen). I quite fancy this, but have a feeling the real device will be even more bulky. 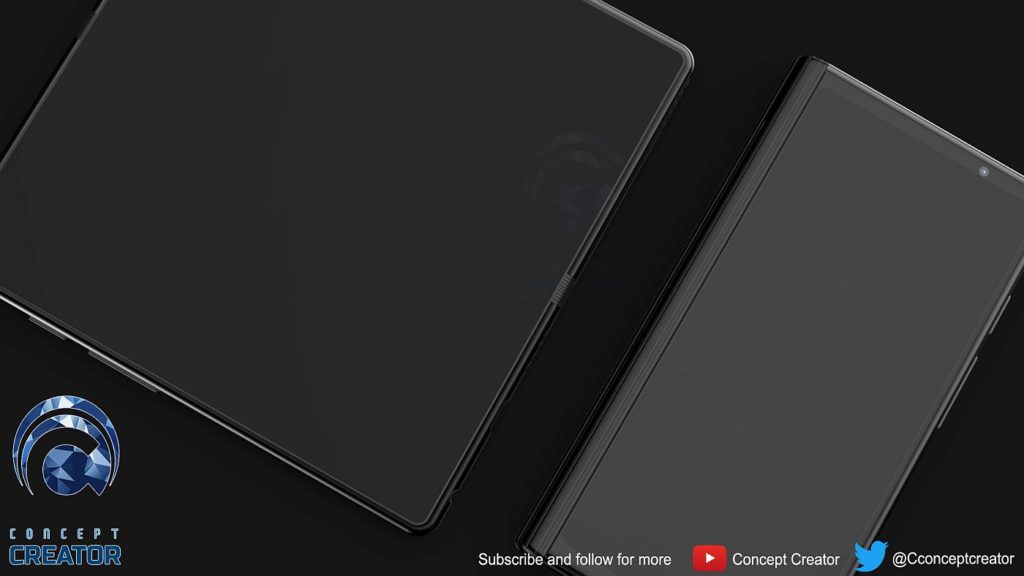 About Kelvin
Passionate about design, especially smartphones, gadgets and tablets. Blogging on this site since 2008 and discovering prototypes and trends before bigshot companies sometimes
Samsung Foldable Phone Pops Up in New Renders From Netherlands   Xiaomi 2019 Flagship, Xiaomi Mi 9 Rendered by Ben Geskin