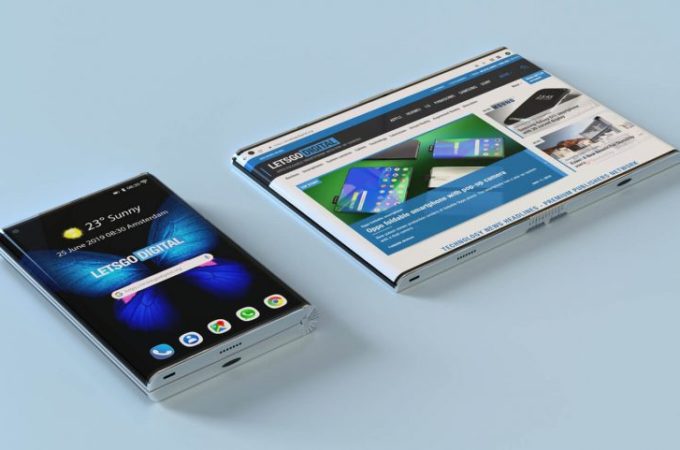 With the Galaxy Fold and Huawei Mate X ready for an imminent launch, we may as well talk about their successors. A Huawei Mate X2 has been rendered already once or twice and now we come across the Samsung Galaxy Fold 2. Obviously, the same prolific source Letsgodigital.org is behind it. 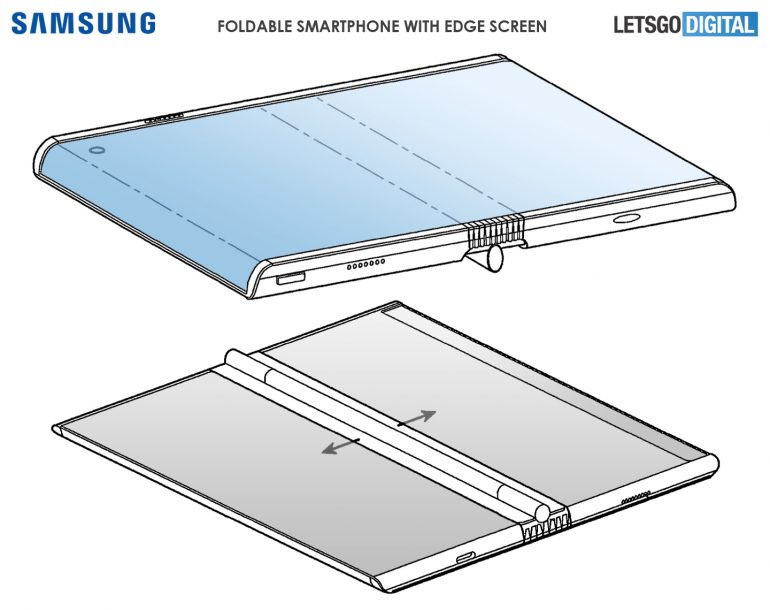 Samsung Galaxy Fold 2 has a gently curved edge on both sides and it seems beefed up and overcomplicated compared to its predecessor. Samsung applied for a patent for this device at the end of 2017, with the USPTO. Letsgodigital.org took the patent and fashioned it into a set of renders. The result is a Samsung folding phone with a full screen design and also with a camera cutout in the screen (punch hole camera). 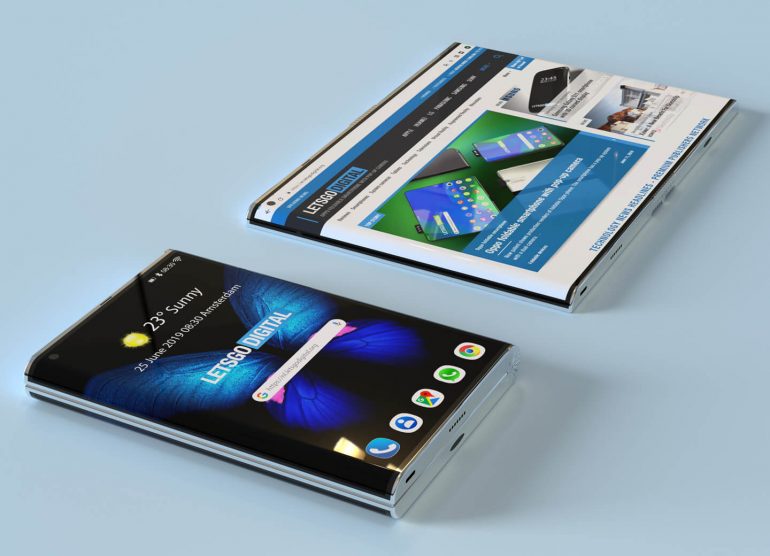 The foldable phone has two housings, held together by a hinge. The big flexible screen is on top of it and there’s a rotatable hinge doing the magic here. The mechanism ensures a proper folding process. Also, the hinge is partially recessed into the housing. As you can see the resulting phone is much thicker when folded closed. Also, the gaps and potential entry points for lint from the Galaxy Fold are gone. 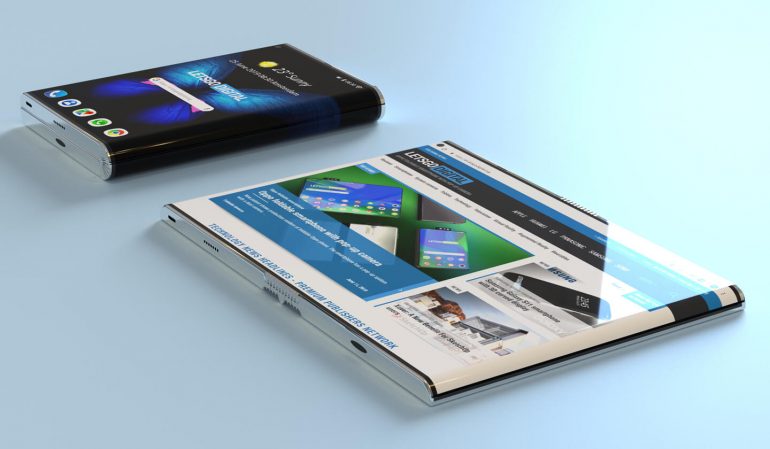 I’m not very sure how the main camera will be integrated, since we can’t quite see it here. I also seem to have spotted two speakers at the bottom side. This feels like a device with a smaller diagonal than the first Galaxy Fold, at least in the phone form factoor. Also, not sure how the curved edges help the format… 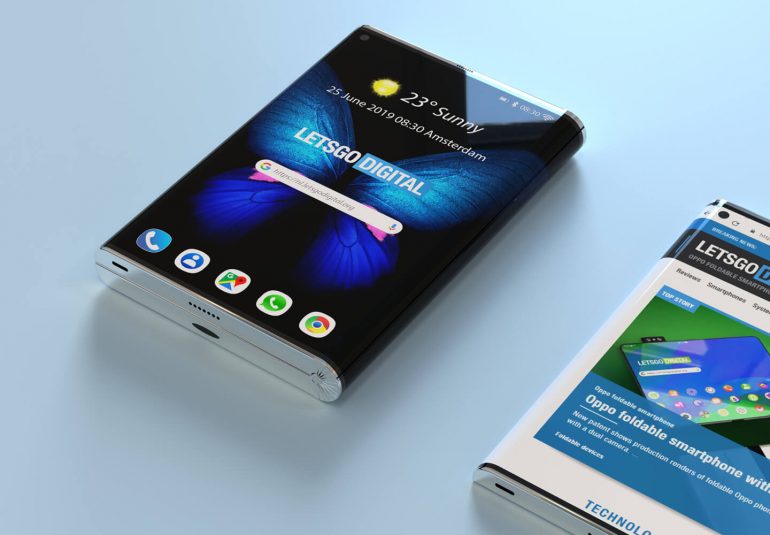 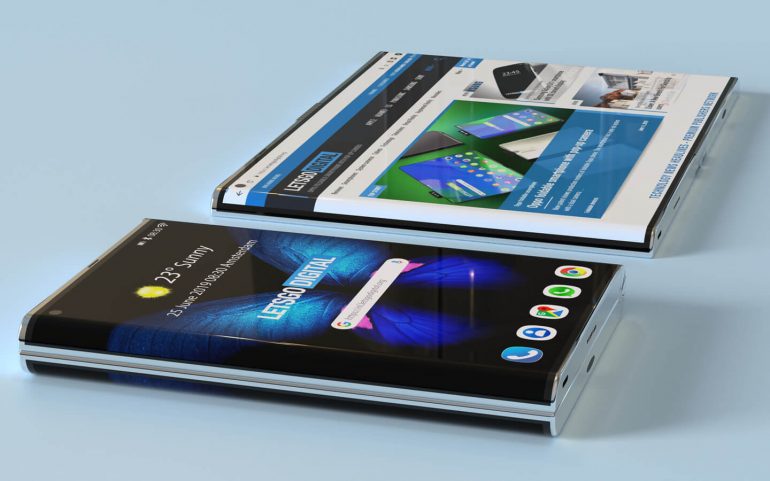 About Kelvin
Passionate about design, especially smartphones, gadgets and tablets. Blogging on this site since 2008 and discovering prototypes and trends before bigshot companies sometimes
Lamborghini Mist is a New Smartphone Totally Inspired by the Italian Supercar   Samsung Galaxy Note 10 is Now Pink and Purple in This Set of Renders