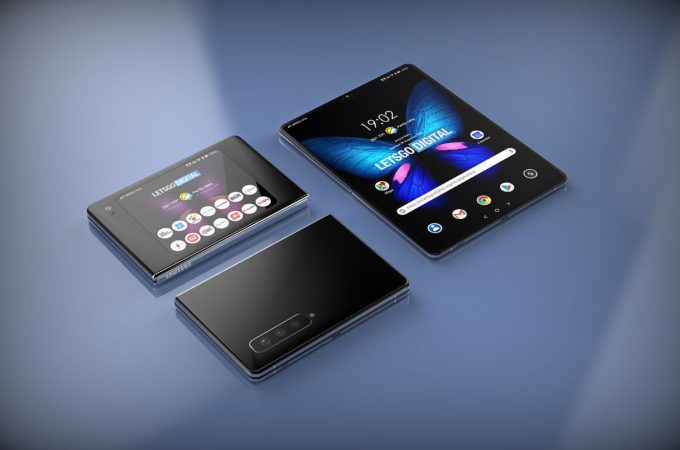 Samsung Galaxy Fold 2 had a major leak this week, as the folks of Letsgodigital.org rendered it, following the leak of a new patent. This time it seems that Samsung changes the game, by making the device fold horizontally. 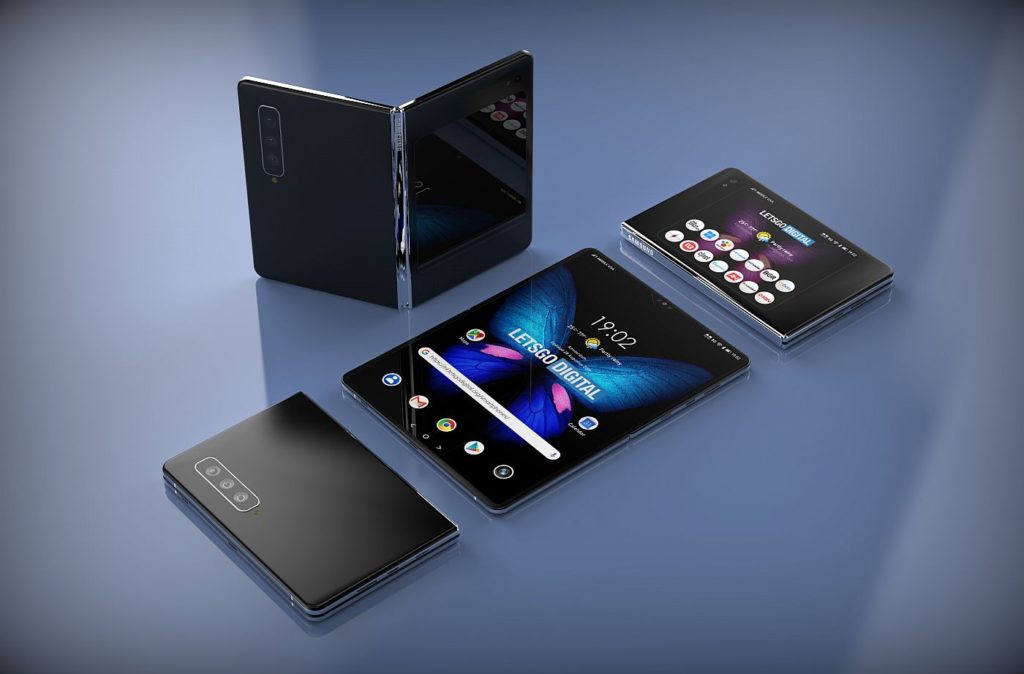 It also seems like it closes, like a Nintendo DS, in order to reveal an external display, that would show notifications and the like. The Galaxy Fold 2 may also have a different notch, either moved to the left, or centered. Apparently, it keeps the same 6 camera setup as the predecessor. Somehow the horizontal folding makes it look less sexy than the first gen model. 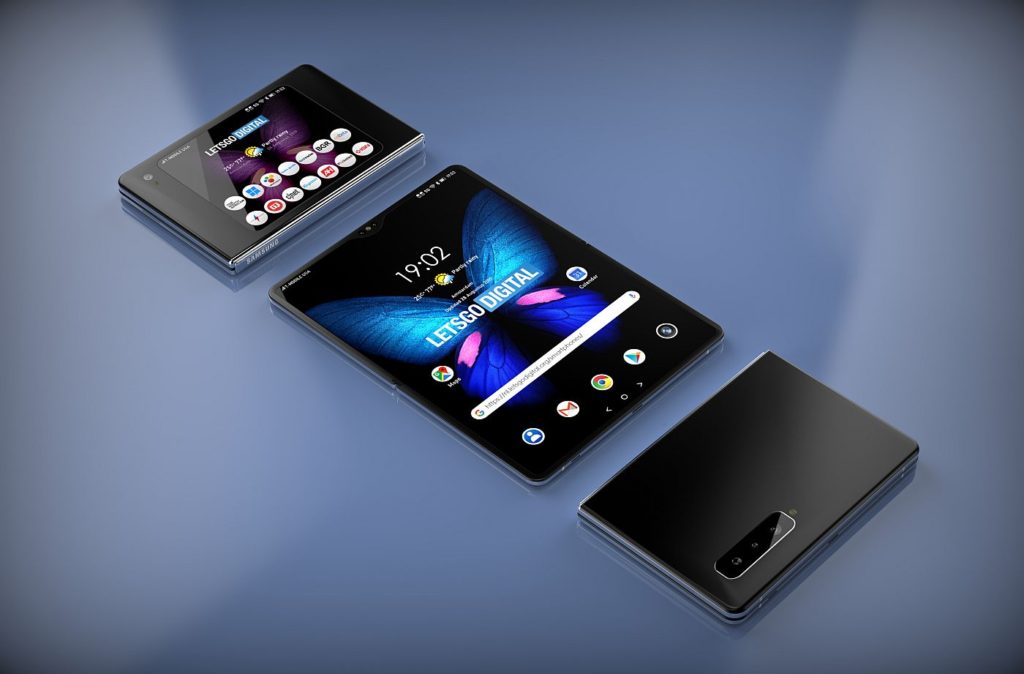 Samsung applied for the design patent on August 14th, with 3 patents in total and they were granted on August 26th, so things moved surprisingly fast. The front screen behaves like an external screen, showing icons of the most important apps, weather and some widgets. There are big bezels on either side. Smaller bezels and a centered notch appear in the Letsgodigital renders. 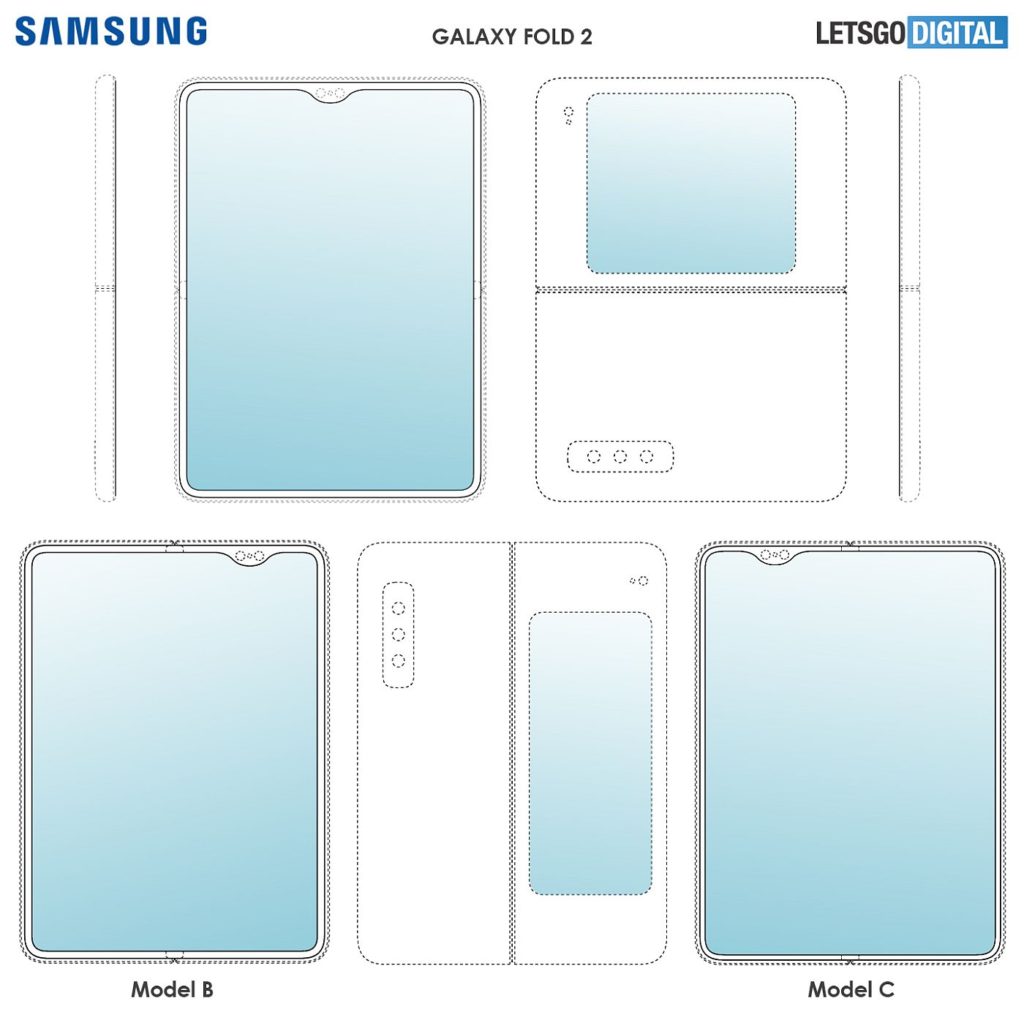 The hinge looks more discrete now, almost invisible and sans visible gaps. The Galaxy Fold 2 is expected to pop up sometime during MWC 2020 or maybe even CES, but nothing is for sure. The first Galaxy Fold is still in standby, expected to drop around September 6th. For the successor, I expect 5G on board, UFS 3.0 storage, new camera sensors maybe, plus the Exynos 9825 CPU or better.

A bundled stylus would be nice, too… There are two theories about the diagonal: 8 inches or 6.7 inches. 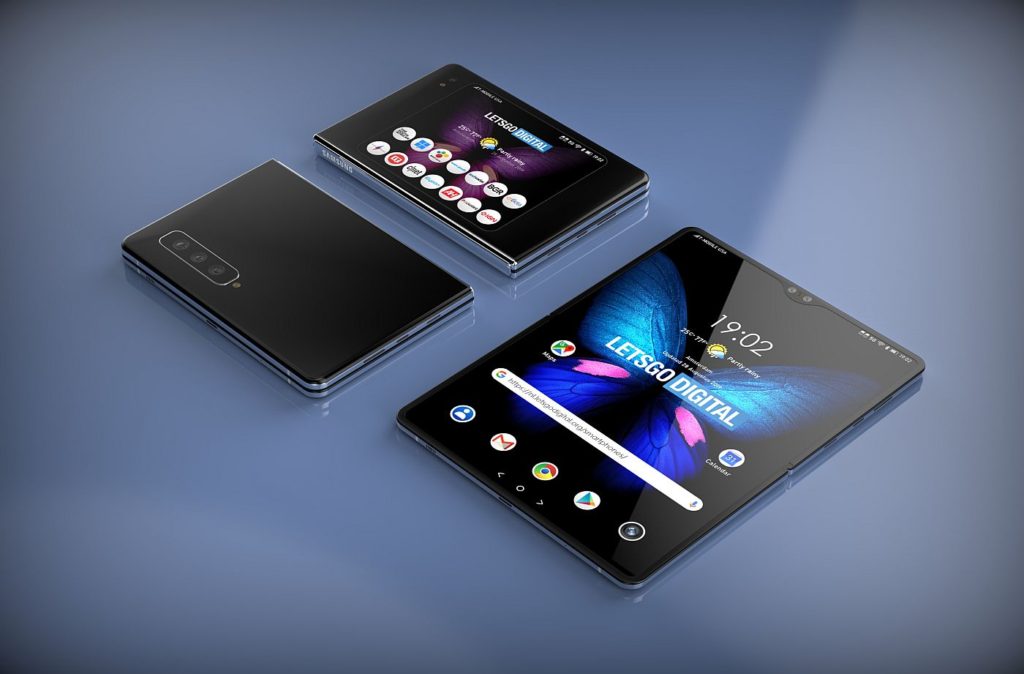 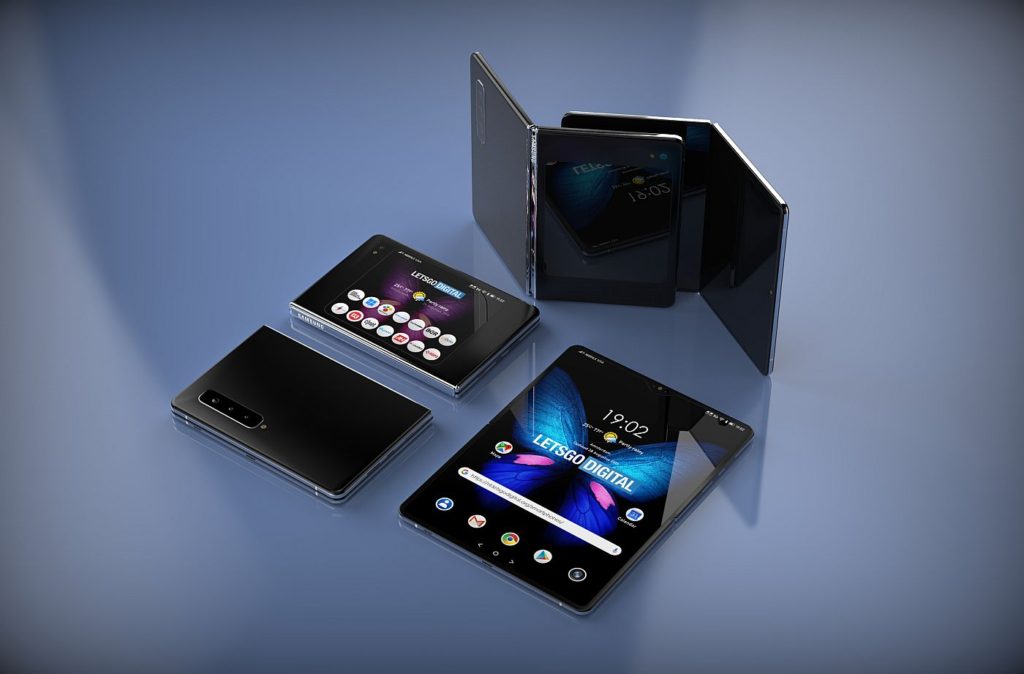 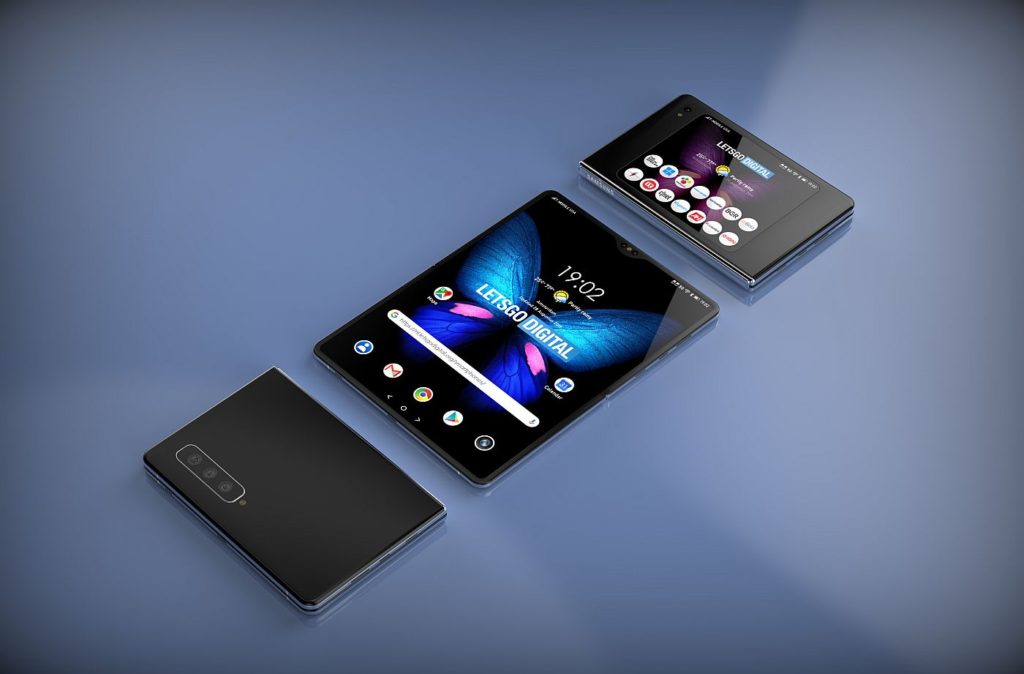 About Kelvin
Passionate about design, especially smartphones, gadgets and tablets. Blogging on this site since 2008 and discovering prototypes and trends before bigshot companies sometimes
Sony Xperia 2 Leaked in Burgundy Red, Coming to IFA 2019   iPad Pro (2019) Gets Convincing Set of Renders, Inspired by iPhone 11