Rumors are claiming that the Galaxy S IV will look a bit like the Galaxy S II and the designer Deepak Ahuja sent us a concept based on that idea, from what I can see in the image below. The device is all squared and the camera integration and its edges are totally like the ones of the 2011 Galaxy S. 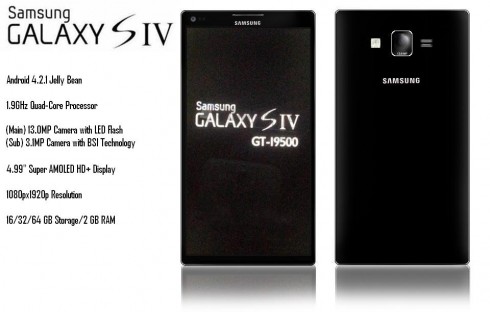 The bezel around the display may be a bit thinner this time and the phone may also be thinner than the Galaxy S II, maybe thinner than 7.5 mm. The specs are the ones you already expect, including a 1.9 GHz quad core processor, perhaps a Snapdragon 600, maybe a quad core or even 8 core Exynos. There’s also Android 4.2.1 on board, a 13 megapixel camera at the back with LED flash and a front 3.1 MP camera with BSI technology.