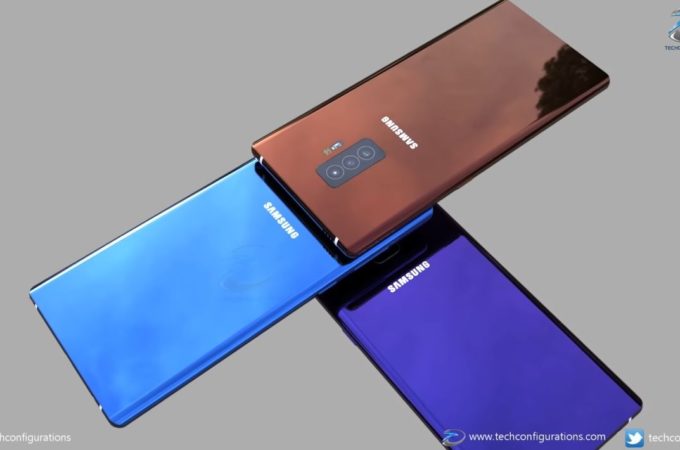 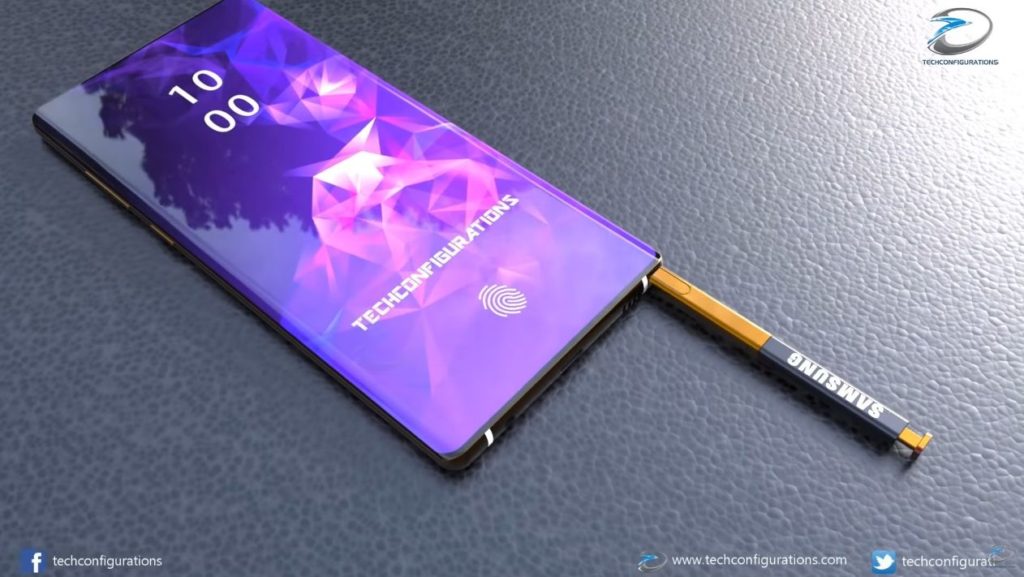 The Note 10 would need to be really special, because it’s also a celebration: 10 years of Note series. The stylus was already upgraded this year, with Bluetooth and a battery, so we leave that aside. It could be time for a more serious camera upgrade, which happens in the case of this concept. We see a triple back camera and the front camera raises up from the device’s top side like a periscope. 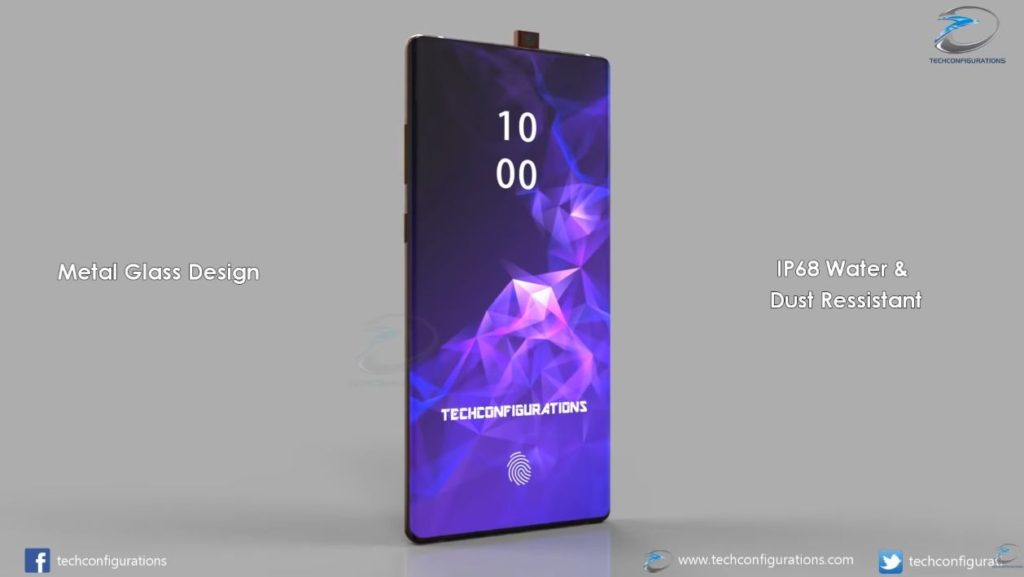 That pop up camera is a 12 MP shooter and feels rather fragile at first sight. I see that Techconfigurations also ditched the earpiece somehow, probably replacing it with a vibration system. The back camera is a predictable triple shooter, with a combo of 12 MP, 16 MP and 13 MP, also with variable aperture from F/1.5 to F/2.4. No fingerprint scanner in its area, so it has been included in the screen.

This is one of the few times when I actually see no bezel for the device’s screen, so it really feels edge to edge. The phone is IP68 dust and water resistant and an interesting feat I spotted is the Bixby integration of S-Pen. It also has longer battery capacity and new features added to the Bluetooth capability. That makes sense, since the API was open anyway. 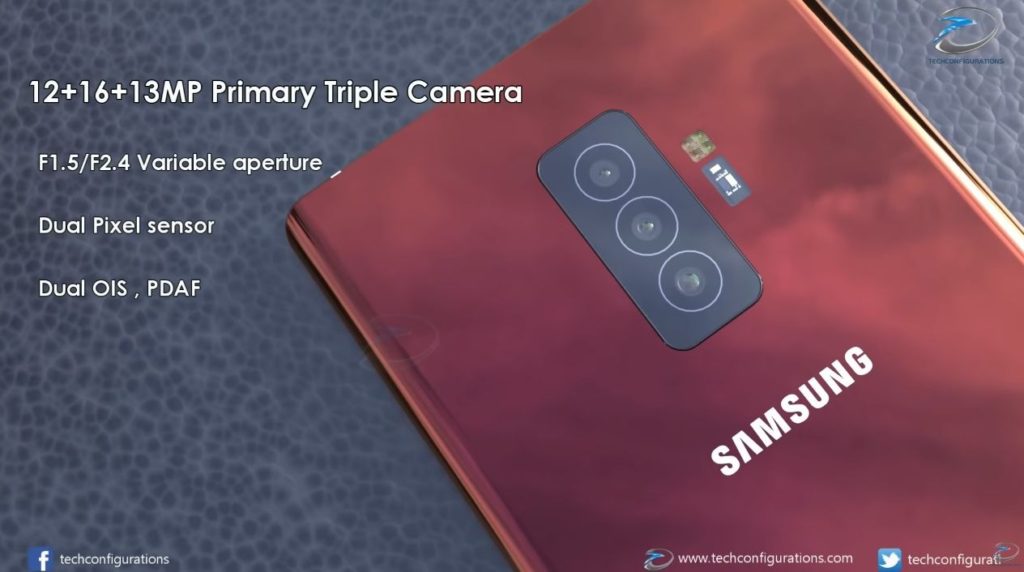 Samsung Galaxy Note 10 once again grows in diagonal, up to 6.5 inches and the CPU inside is a Snapdragon 855. The body remains all glass and metal, but this time somehow fused to mimic both textures. I don’t feel this is enough of an upgrade either… 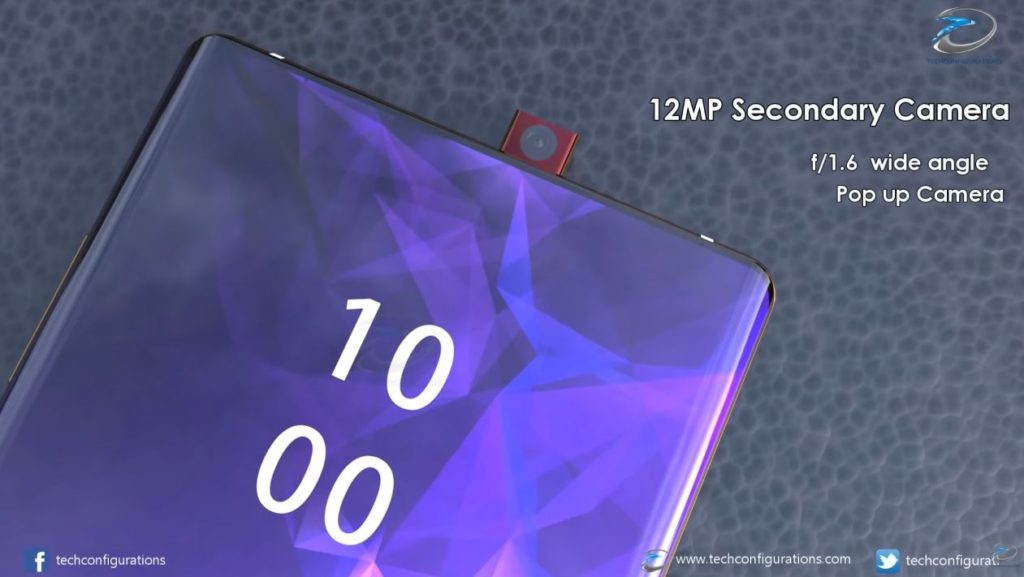 About Kelvin
Passionate about design, especially smartphones, gadgets and tablets. Blogging on this site since 2008 and discovering prototypes and trends before bigshot companies sometimes
Nokia 9 Introduction Video Gives Closeups of the Penta Lens Camera   Imagine the iPhone With a Wart Instead of a Notch… Phone Designer Did