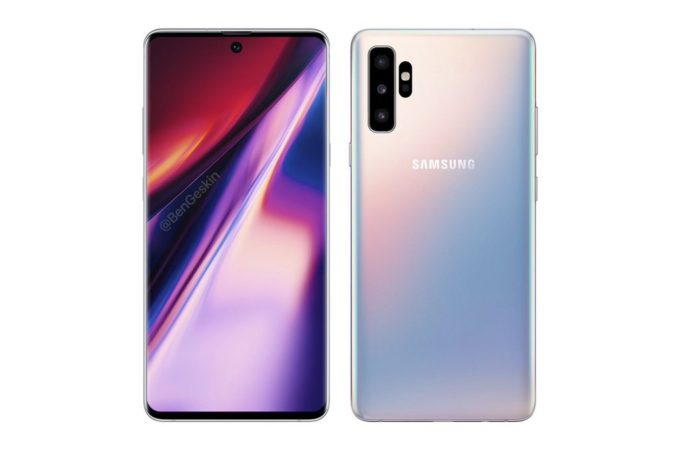 Over the past week we’ve learned a lot about the Samsung Galaxy Note 10 and the way it’s supposed to look. Turns out that the back camera is due a big change and designer Ben Geskin modified his renders of the device to suit the leaks. 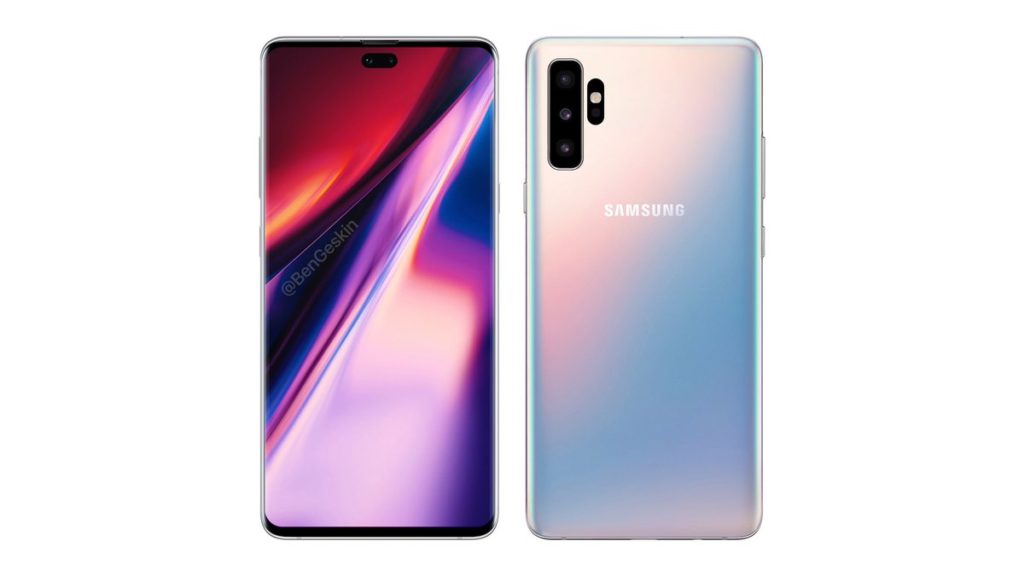 The camera module of the upcoming phablet has leaked online and seems to have the sensors in a vertical line. The camera on the Samsung Galaxy Note 10 is also moved to the left back side. That’s an odd decision, that would make the Samsung product resemble a Huawei one. There’s a triple camera module here, with probably a main camera, telephoto camera and wide angle camera.

Then to the right of the shooter we find either a laser focus mechanism, depth sensor or Time of Flight sensor. Or we could just get a triple camera that’s merely the pulse sensor under the flash… Anyway, the Note 10 is shown with a pearly hue, curved edges and a discrete cutout upfront for the selfie camera. The cutout is now smaller compared to the Galaxy S10 and has two versions: single and dual camera.

That’s probably the distinction between Galaxy Note 10 and Note 10 Pro, but there will probably also be changes in the back camera area. This main camera is odd because it follows a Galaxy S9+ with a vertical camera and a Galaxy S10 and Note 10 with a horizontal in line set of shooters.

About Kelvin
Passionate about design, especially smartphones, gadgets and tablets. Blogging on this site since 2008 and discovering prototypes and trends before bigshot companies sometimes
iPhone 11R Gets a Sparkling Red Render From Hasan Kaymak (Video)   Samsung Galaxy S11 Channels the ZenFone 6 and Galaxy A80 With Rotating Camera Design (Video)