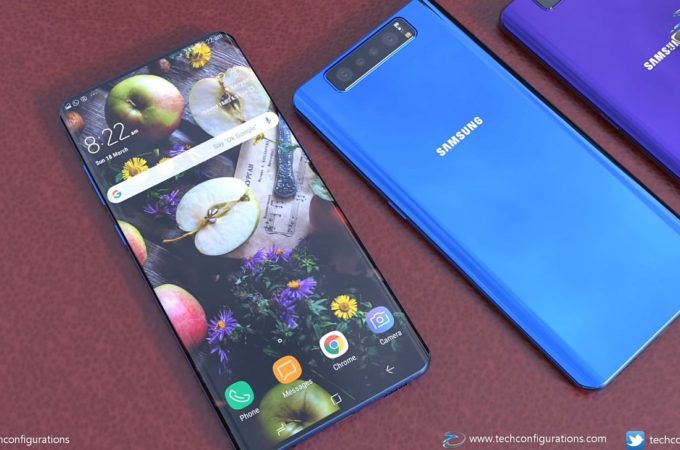 I was starting to get worried that my favourite concept phone YouTube channel wasn’t posting anymore. Techconfigurations is back with the Samsung Galaxy S11 in concept form, with a design that feels inspired by the likes of ASUS ZenFone 6 and Samsung Galaxy A80. We have all the details below. 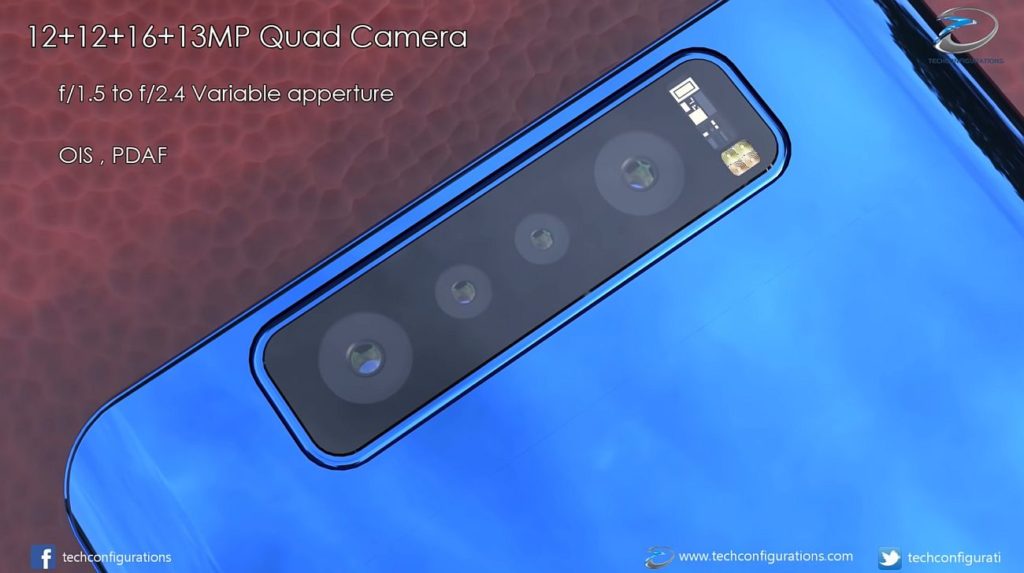 The handset keeps all classic goodies, like the audio jack, USB Type-C port and bottom speaker. The fingerprint scanner finds itself in the display, hopefully snappier than the Galaxy S10 one. The core of the new design is the rotating camera, that’s basically the one from the Galaxy A80, only with more sensors. Samsung Galaxy S11 is expected to debut in February 2020, either at MWC 2020 or before it, in a separate event. 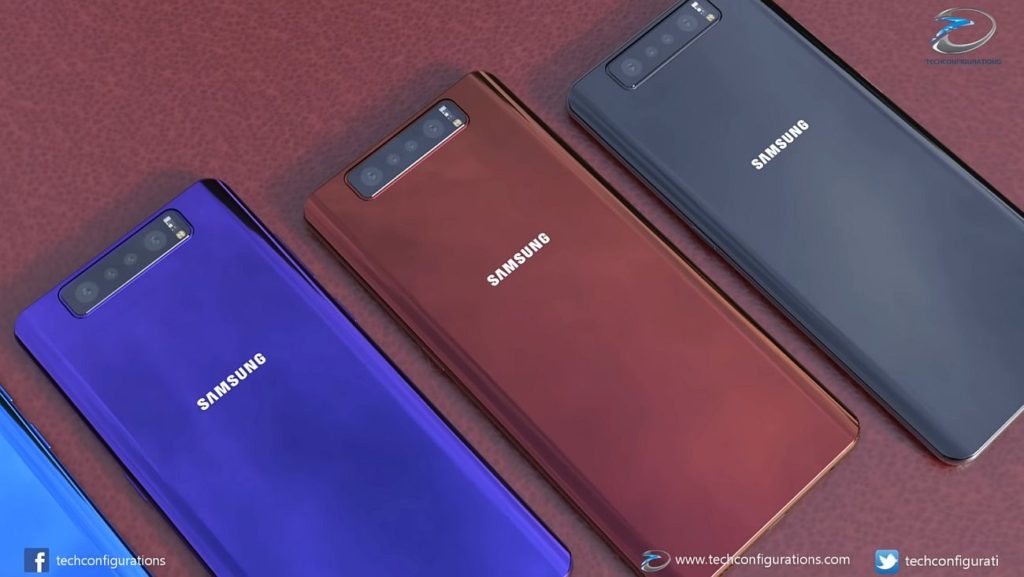 The flagship’s quad camera includes a 12 MP main shooter, an ultra wide camera, zoom camera and depth sensor. Or maybe it’s a Time of Flight sensor. Variable aperture and OIS are still on the table and this time there’s no need for a cutout in the screen or notch, because we’re got the rotating thingie. This Galaxy S11 concept feels a bit wider and more massive than the approach Samsung has used for the past few years. 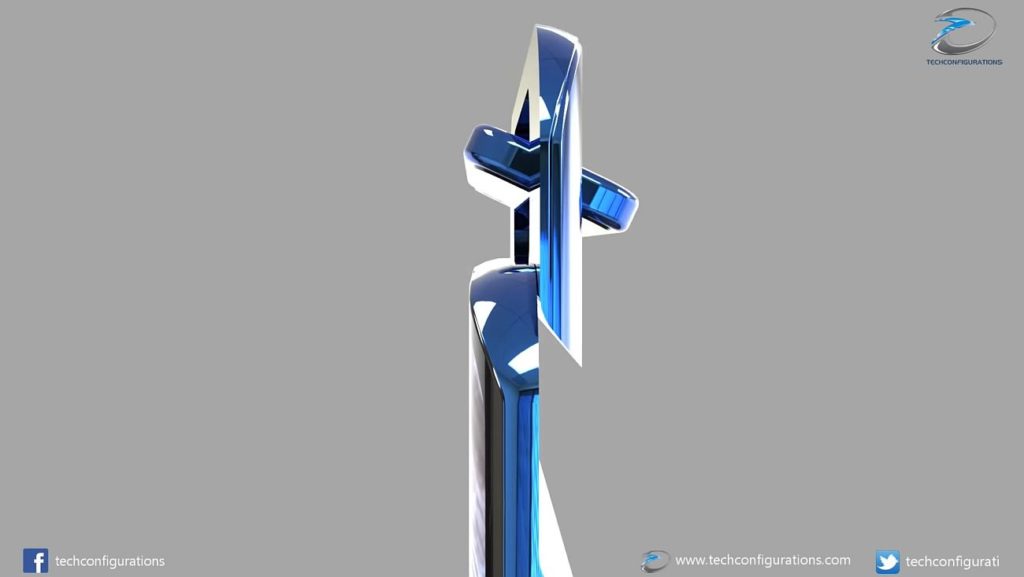 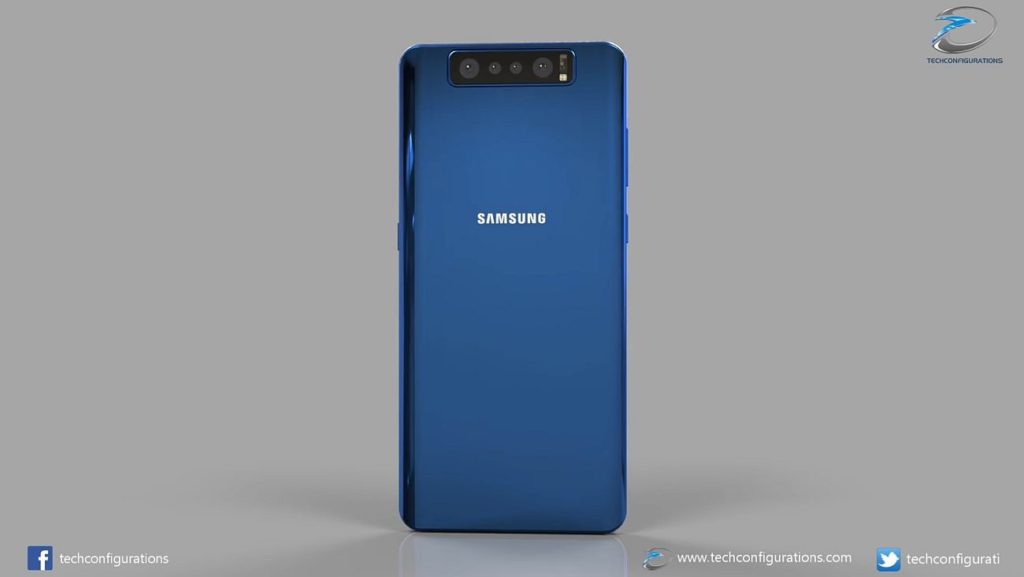 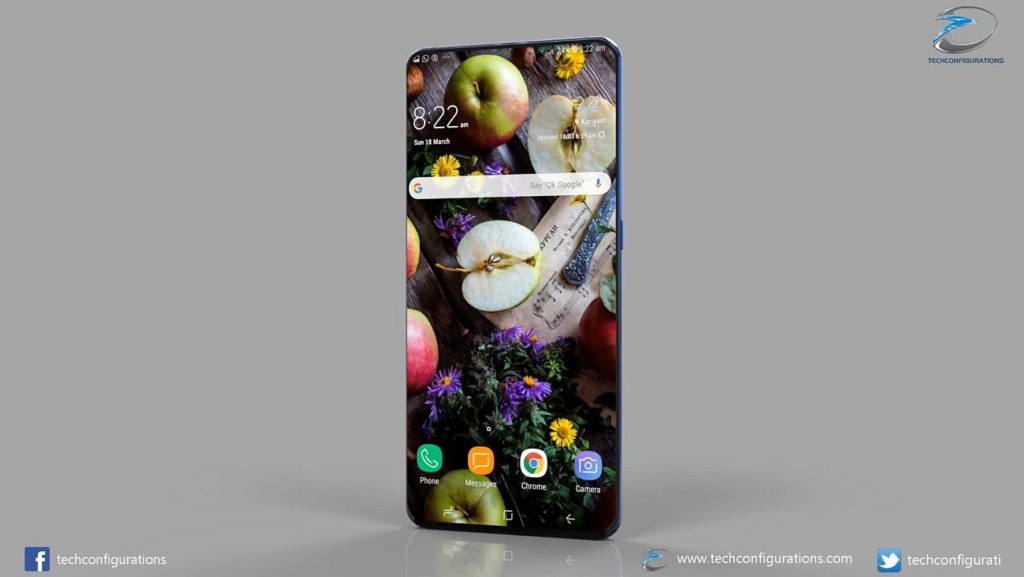 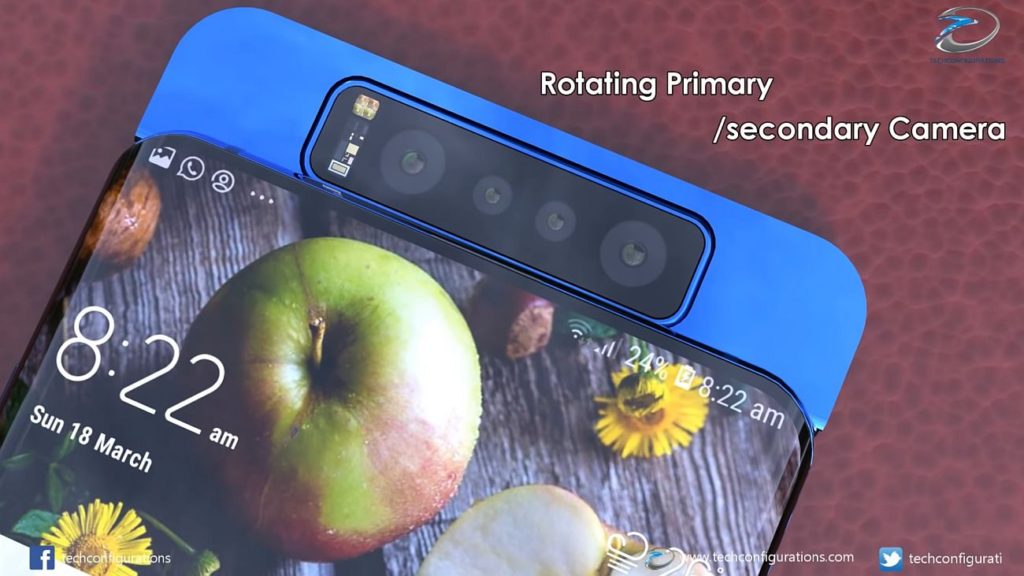 About Kelvin
Passionate about design, especially smartphones, gadgets and tablets. Blogging on this site since 2008 and discovering prototypes and trends before bigshot companies sometimes
Samsung Galaxy Note 10 Gets New Renders From Ben Geskin Following Leaks   Samsung Galaxy Note 10 Rendered by Phone Arena With Vertical Back Camera