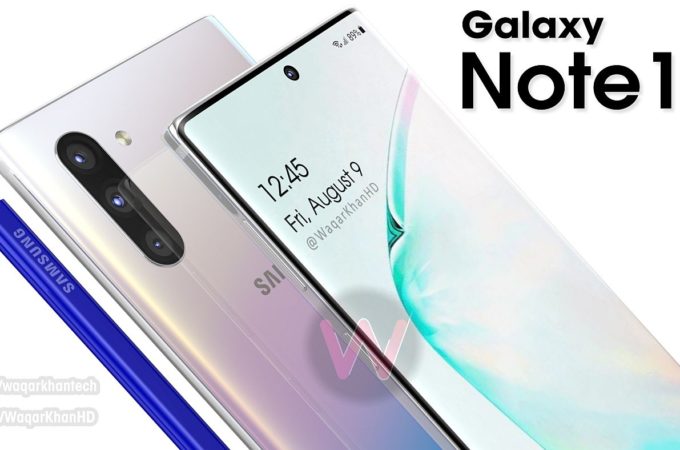 We’re about 10 days away from the big unveiling of the Samsung Galaxy Note 10 and we have a clear idea of what to expect from the device. It’s going to adopt a camera design similar to the Huawei P30 Pro and propose a more angular design, while offering some upgrades from the Note 9, but very little from the Galaxy S10 5G. New color hues show up now, courtesy of designer Waqar Khan. Let’s see them! 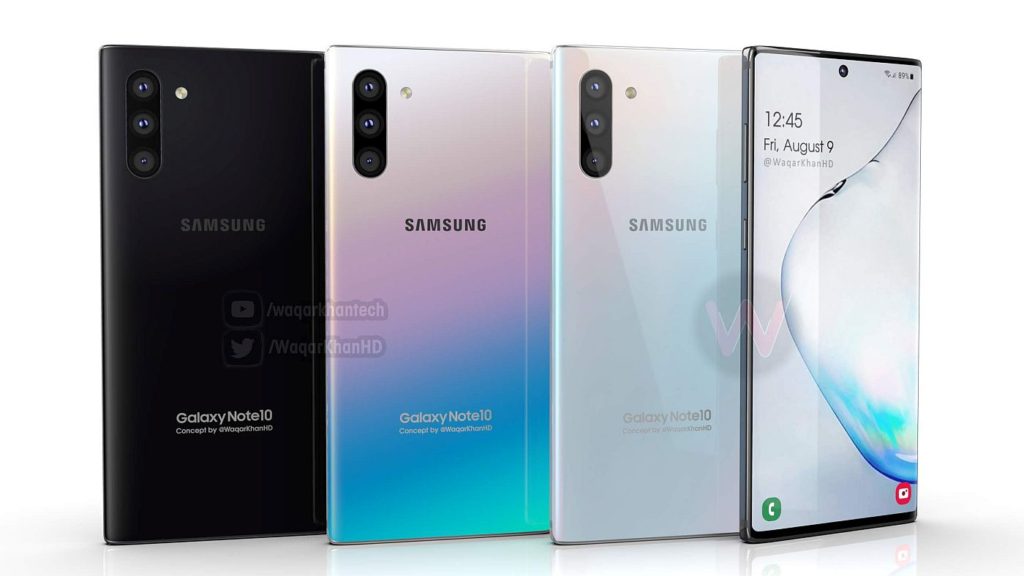 The same Waqar Khan has created an official-looking trailer for the device, based on all the recent leaks and rumors. To be hones there’s nothing fundamentally new here, except for maybe the fact that the designer made the camera lenses bigger than before. The device’s screen isn’t as curved on the sides as you’d expect and we seem to be dealing with the Note 10 here, not the Note 10+, since I only see 3 back cameras, not 4. 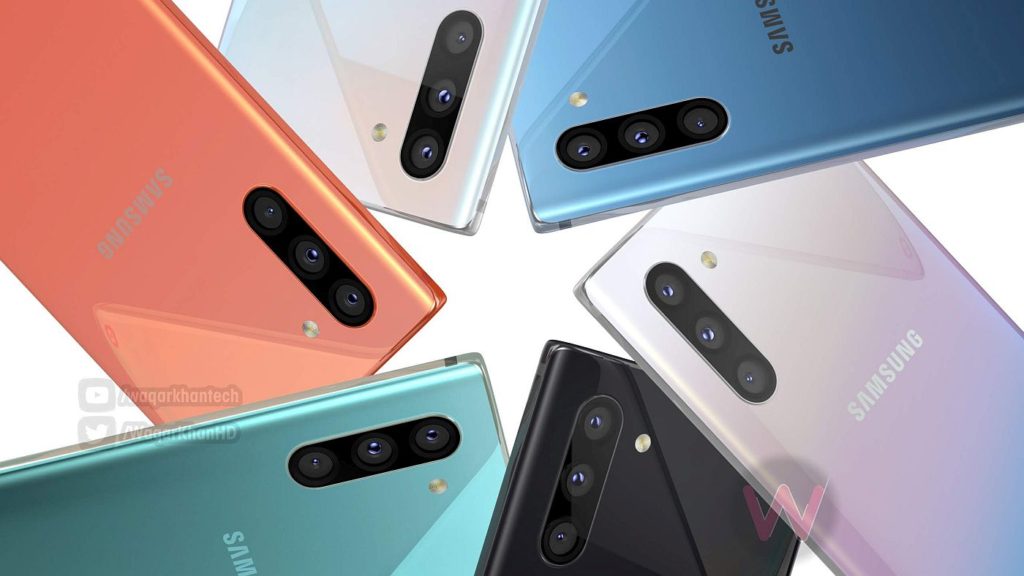 The selfie camera cut in the center of the forehead is still present and I can’t help but wonder why Samsung offered two selfie cameras on the Galaxy S10+ and only one on the Note 10. While the device is angular, it’s top and bottom portions are gently curved, in an approach that reminds me of the Nokia N9 and Lumia 800. There are also new color hues here, like the funky orange, the blue/mauve/green gradient which is taken from the Galaxy A8 (2019) and Huaweis, plus an emerald green and blue. 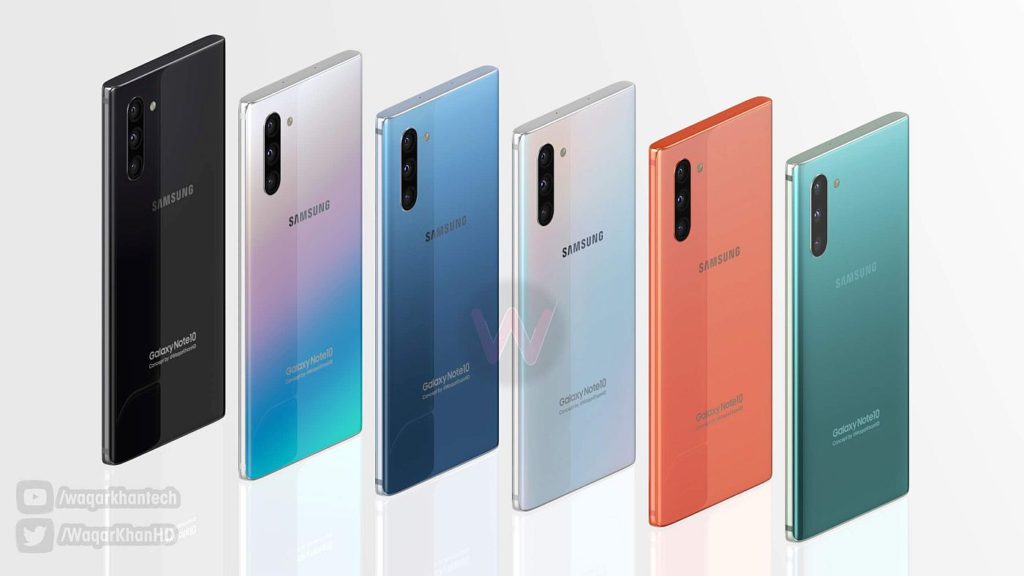 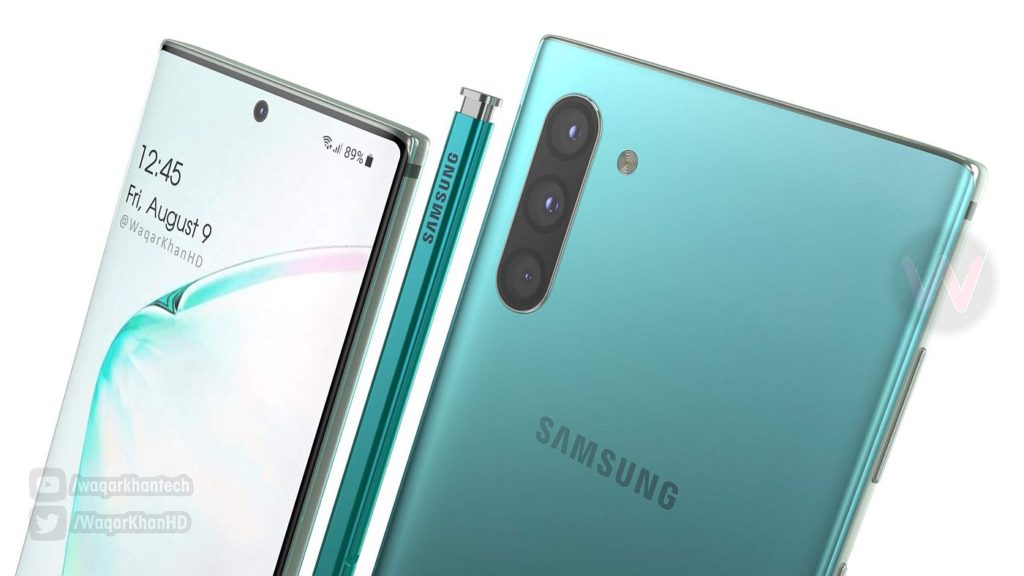 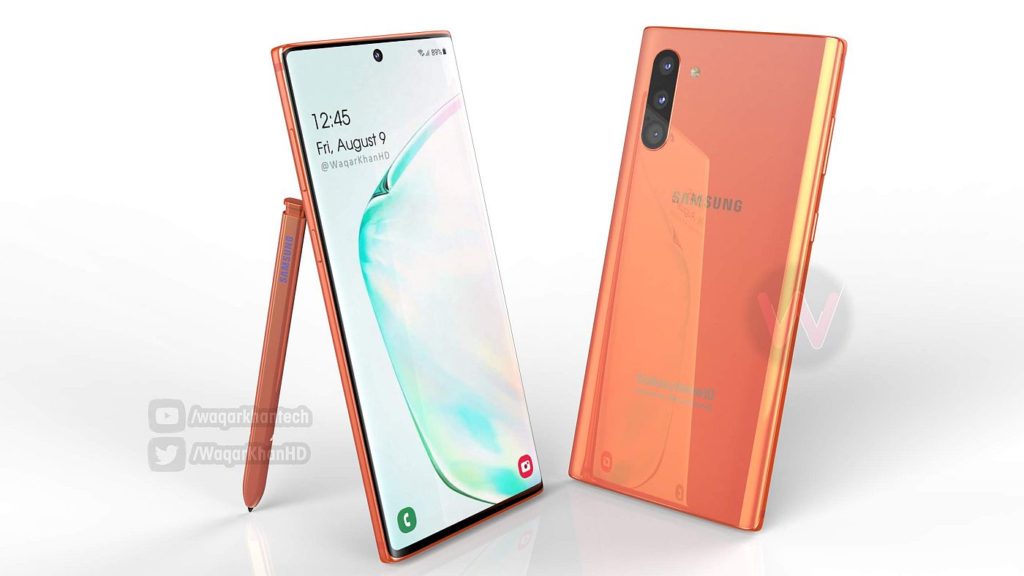 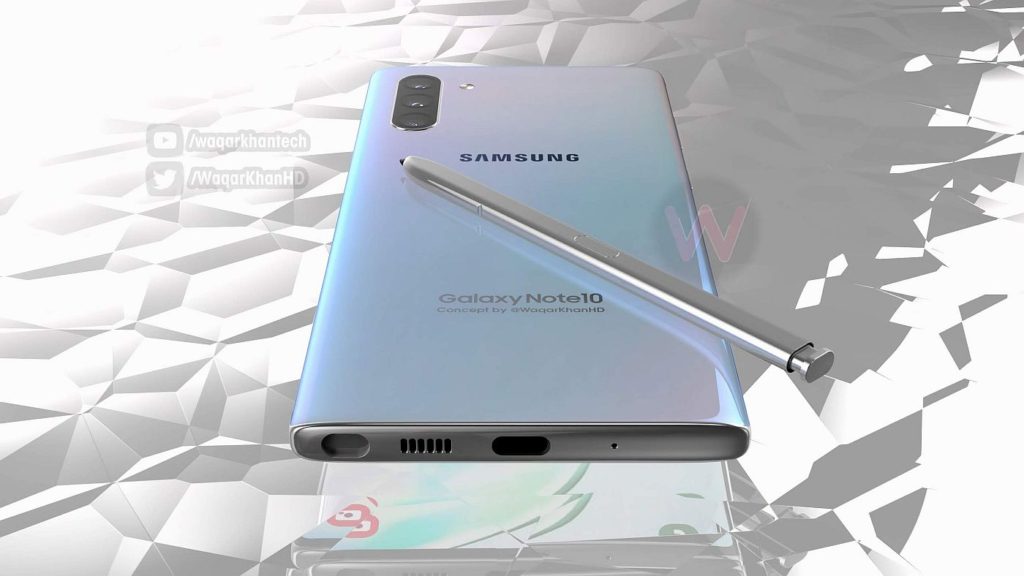 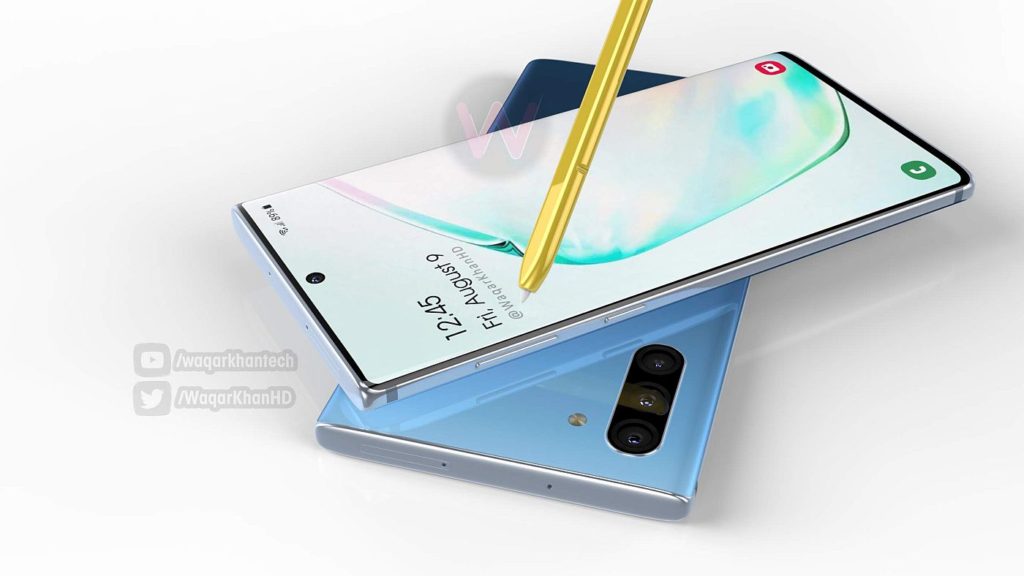 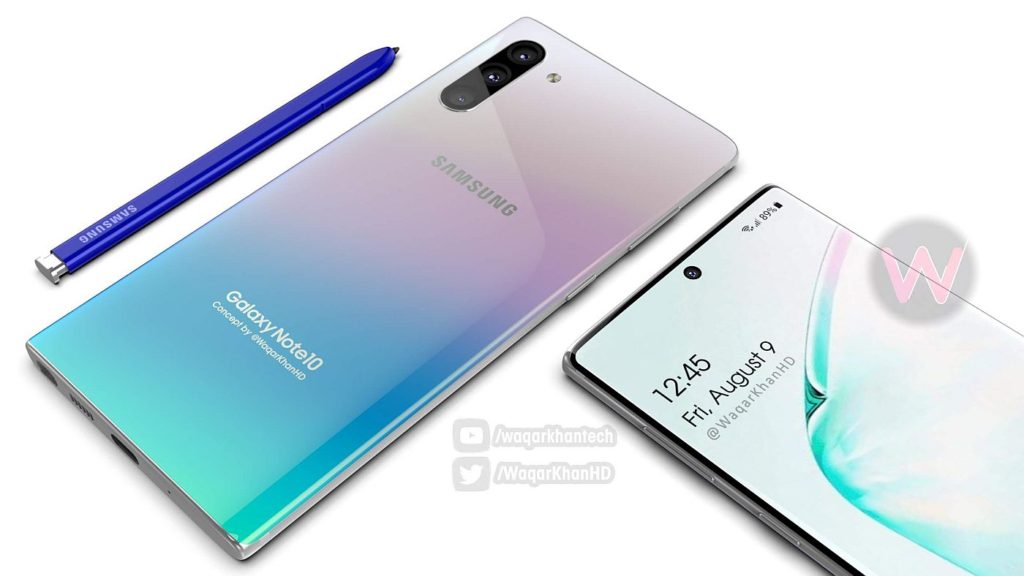 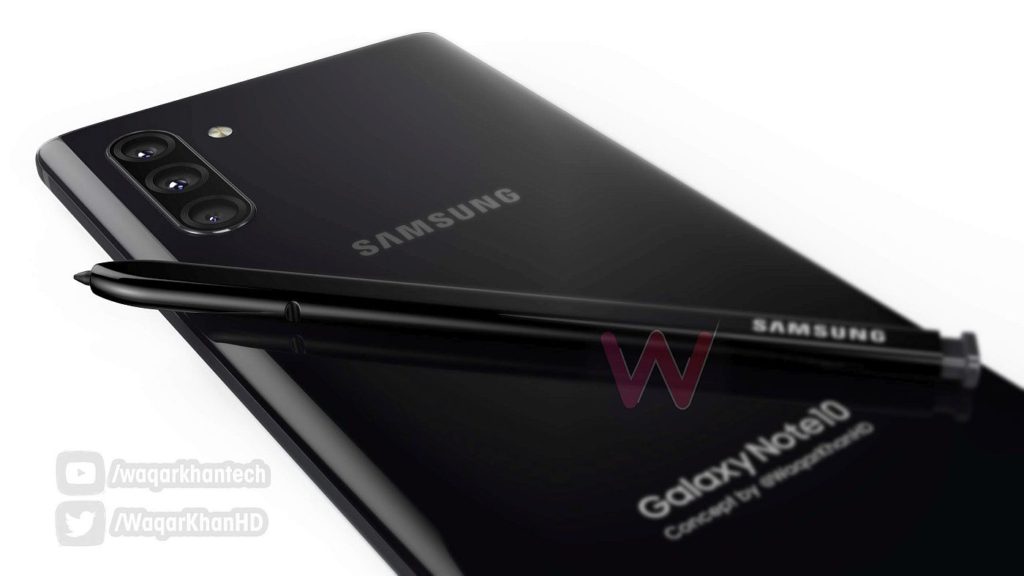 About Kelvin
Passionate about design, especially smartphones, gadgets and tablets. Blogging on this site since 2008 and discovering prototypes and trends before bigshot companies sometimes
Transparent Screen iPhone is Soooo Different   iPhone 2020 is Back in More Renders, Specs