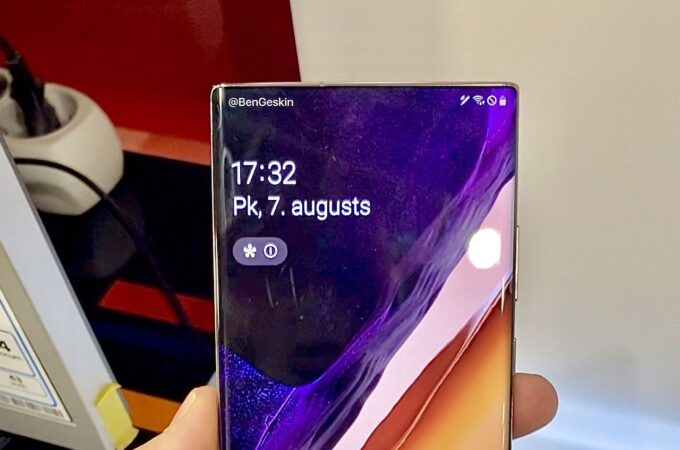 Samsung Galaxy Note 20 and Note 20 Ultra have been announced on August 5th and they polarized people enough that we are already dreaming of the Note 21. Ben Geskin took it upon himself to render said Note 21 and the result is shown below.

Honestly, innovation is not as big as you’d expect, it’s a continuation of the Note 20 Ultra direction. Ben Geskin sees the Samsung Galaxy Note 21 Ultra as a large screen smartphone, with no chin, unified bezel and an under display camera. I see the edges are (or seem) a bit more curved this time around. The designer also mentions that he thinks foldables are the way to go right now, making us think yet again of the theory that the Galaxy Note and Galaxy Fold series will be unified at some point.

The handset also seems narrower and longer than the predecessors. That’s a trend I’m seeing now: longer phones, narrower and more curved. Look at Motorola Edge and you’ll get the gist of it. One idea would be to make the screen smaller and place a second screen at the back. I’ve seen that in a few concepts, by the way. We definitely need more innovation, but also a better battery life and none of that crazy 120 Hz refresh rate hype. Who actually needs it?

About Kelvin
Passionate about design, especially smartphones, gadgets and tablets. Blogging on this site since 2008 and discovering prototypes and trends before bigshot companies sometimes
AirPodS Pro 2 Get a Retina HD Display in This Concept   Samsung Galaxy S20 Fan Edition 5G Rendered in Mint Green by @OnLeaks, Pricebaba