After some concepts of the Samsung Galaxy Note 3, we came across a leaked picture of the device, that we should take with a grain of salt. The image appeared on the web today and apparently pictures a model called the i9500. Usually a Note device has an N in its name, so that’s why we tend to believe it’s fake. 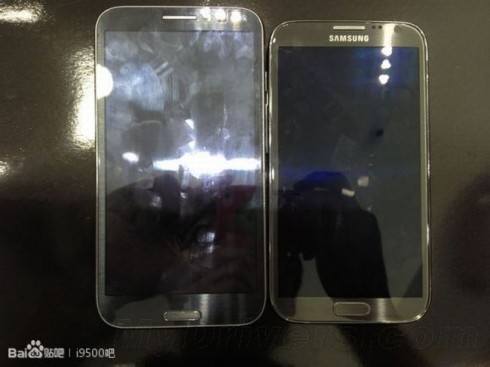 There’s also a bunch of specs included in the leak. Those include a 5.99 inch Full HD display, the Exynos 5410 Octa processor, an 8 core CPU with a A15 2 GHz quad core ticker and an A7 1.7 GHz ticker. The interesting bit is that we’re supposed to get 3 GB of RAM here, instead of the usual 2 GB of RAM from the last years.

Galaxy Note 3 runs Android 4.2.2 and I find it strange that its Home button is so tiny. I have to say that this product is expected to be unveiled at IFA 2013, sometime in August or September, if everything goes well. I expect Wacom to include an even more evolved stylus system, perhaps with new apps and a new way to multitask.