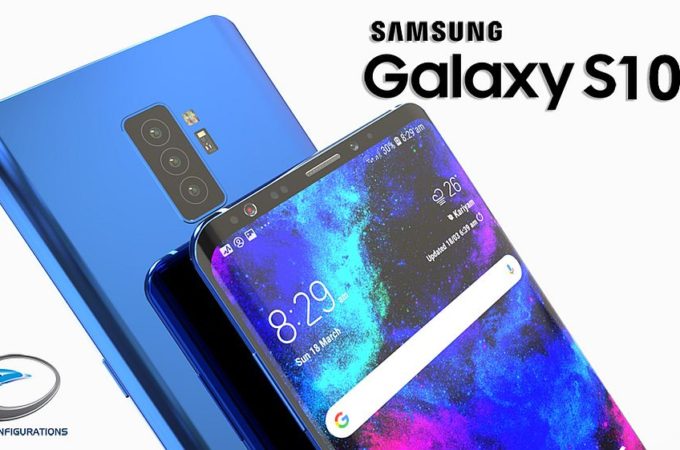 Samsung Galaxy S10 is going to have to be special, since it’s also an anniversary model. 10 years of Galaxy S is mighty impressive, even though the first years were the “iPhone clone” years. Samsung has come into its own really since the Galaxy S6 and the Galaxy S10 may mark a new milestone. Let’s see what the designers of Techconfigurations have proposed for this device. 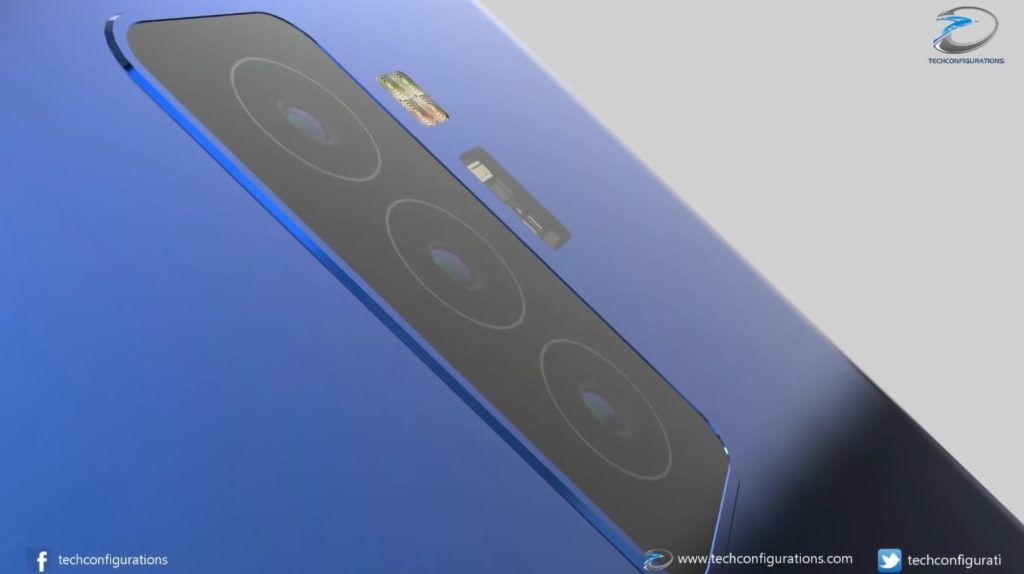 We actually seeing the Samsung Galaxy S10+ here, with a crazy triple camera at the back. The Huawei P20 Pro inspiration is obvious, but in a different format. There’s an in display fingerprint scanner here, something that was expected for the Note 9 actually. The screen bezels are even narrower now compared to the Galaxy S9+. The screen to body ratio has increased to 85% and we’re dealing with a 6.2 inch AMOLED panel here, plus 4 or 6 GB of RAM and a Snapdragon 855 processor. 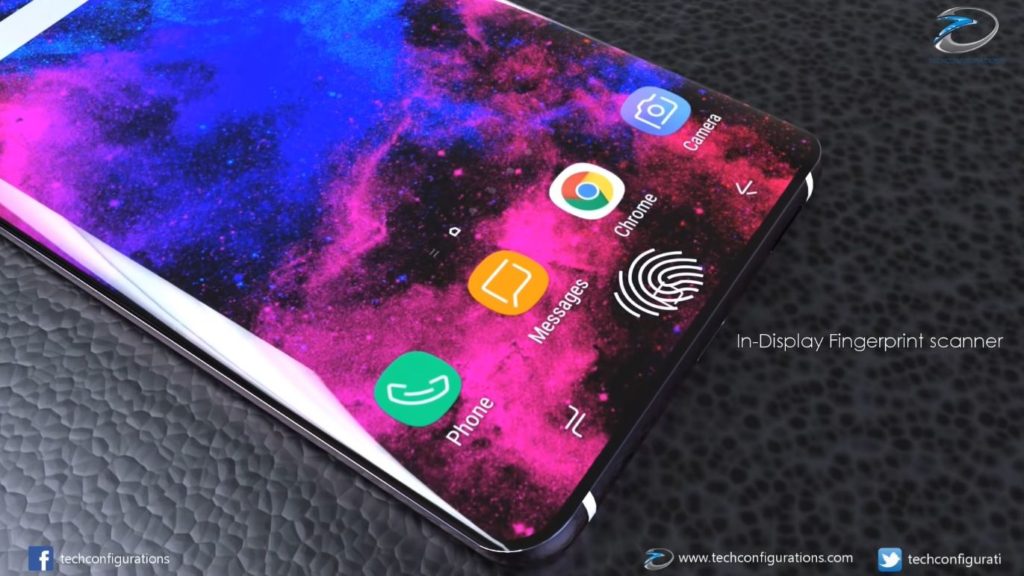 The camera setup includes a 24 MP + 8 MP + 12 MP triple primary cam, while the front shooter goes to 12 MP and has a retina scanner, plus 3D face recognition. Yes, I know it’s too much… IP68 is still here and the back is still all glass. “Retina” scanner sounds absurd, since a handset’s camera can’t go right into the retina, which is at the back of the human eye.

I honestly expect Samsung to come up with a notch or two on the Galaxy S10 or maybe a facade that’s all glass, zero cutouts. Go nuts with it! 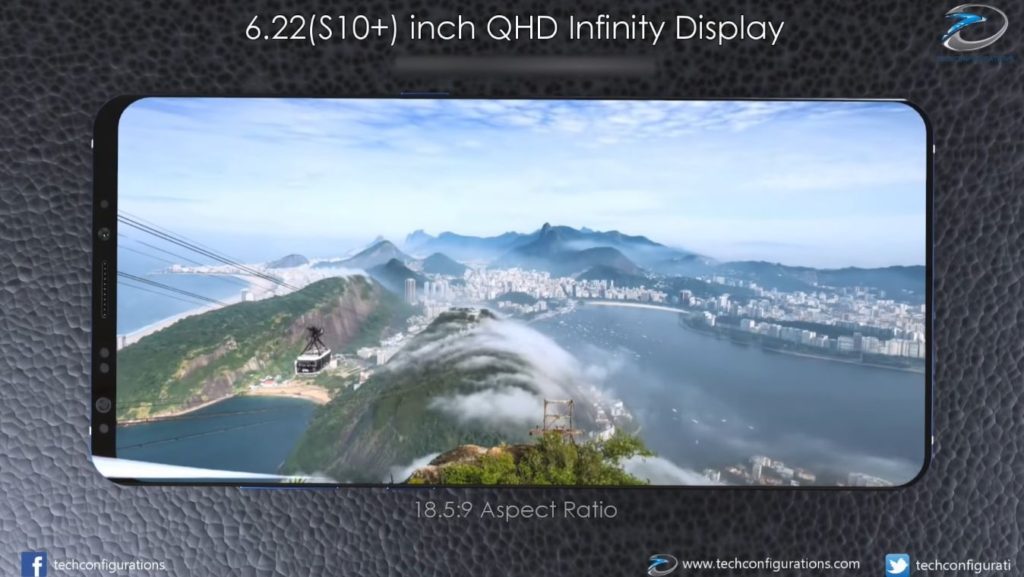 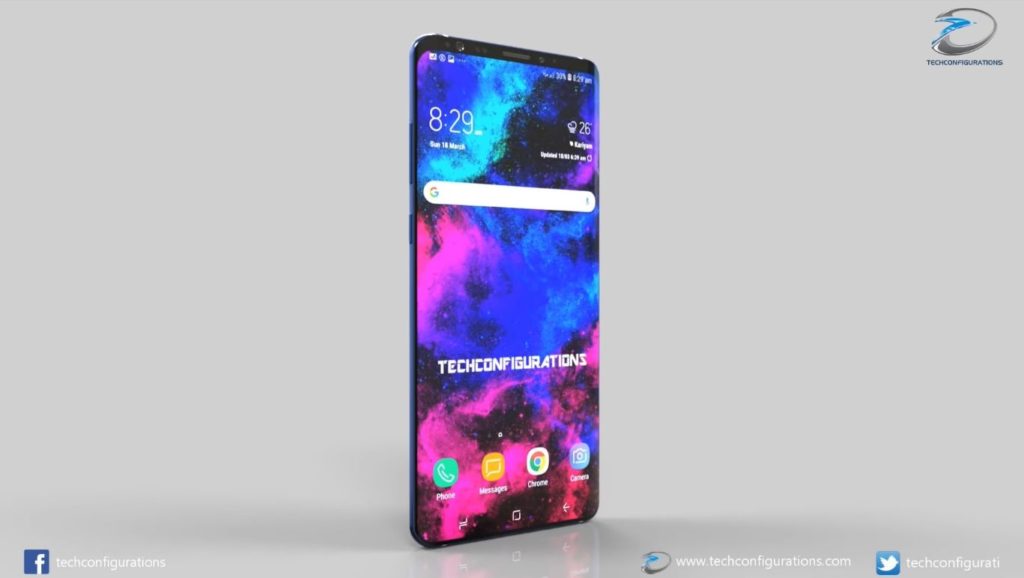 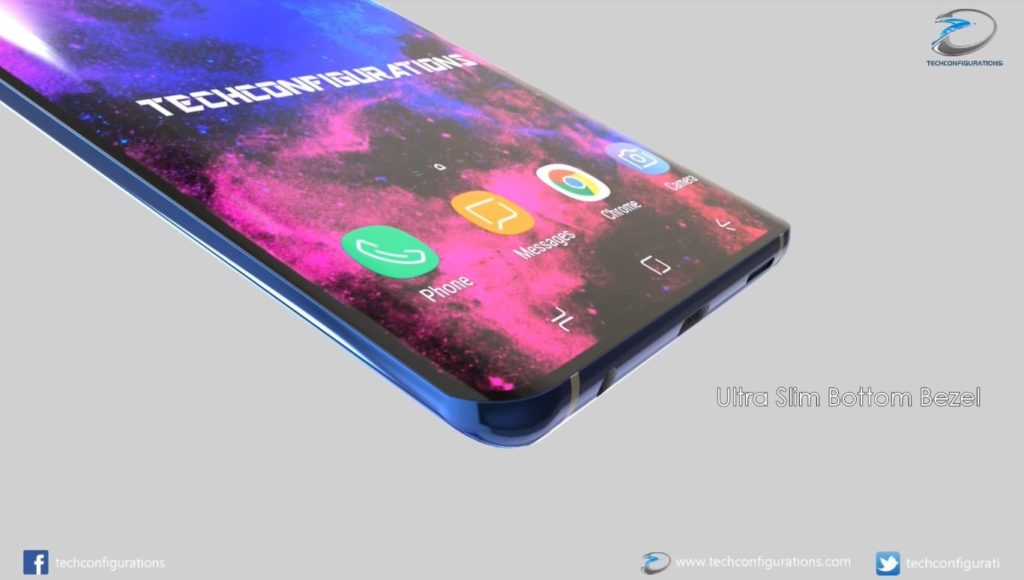 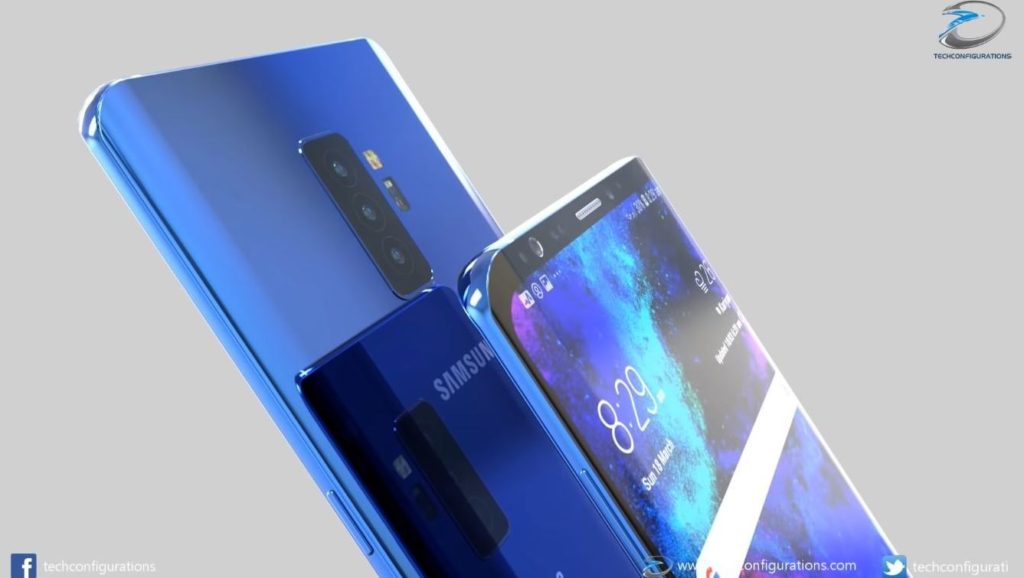 About Kelvin
Passionate about design, especially smartphones, gadgets and tablets. Blogging on this site since 2008 and discovering prototypes and trends before bigshot companies sometimes
Dual Notch Smartphone Becomes Bigger With This New Concept   iPhone X and iPhone X+ Get the RED Treatment