Usually Samsung Galaxy S5 renders are created simply following gut, instinct and a preference for a certain design format. Well, this concept shown below has been created by Moveplayer simply following the leaked specs of the phone. 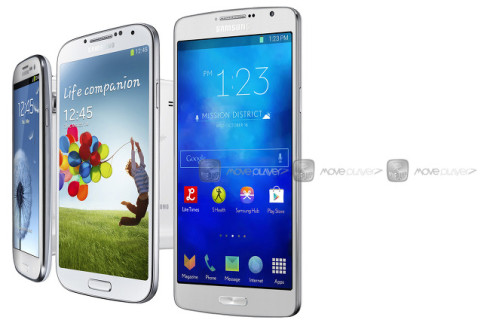 If Samsung follows the same trend of changing design features from the past years, the Galaxy S5 will be even less rounded, since each version has lost some curves. However, the Galaxy S2 was totally rectangular so we’re not going in that direction either. I expect a metallic solid frame on the sides, maybe a leather imitation texture at the back, ultraslim bezels on a 5.2 inch 2K display and yet again a physical Home button.

Since rumors say that the Galaxy S5 won’t integrate an iris scanner, it could include a fingerprint scanner, that would be part of the display. This Galaxy S5 design feels like a combo between the Galaxy S4 and the S2. I also expect it to be slimmer than the predecessor and hopefully more resilient, maybe waterproof and less slippery.

About Kelvin
Passionate about design, especially smartphones, gadgets and tablets. Blogging on this site since 2008 and discovering prototypes and trends before bigshot companies sometimes
iPhone L by ADR Studio is an Elegant Step Forward   Samsung Galaxy O Phone, a Different Kind of Samsung