Samsung Galaxy Tab III, the Tablet that Samsung Needs to Make, With Cortex A15 CPU

Who other than Bob Freking can imagine the future flagship Samsung tablet? The designer claims that the Galaxy Note isn’t for everyone and nor is the Galaxy Note 10.1. So, this is where the Galaxy Tab III comes in, born from the need of the people to get the pure Galaxy Tab experience, without stylus action and all that… Here’s the device, with a pebble blue case: 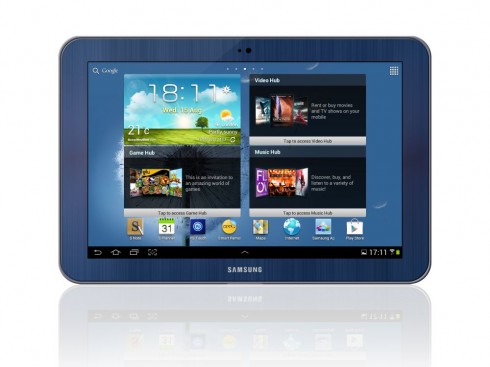 This Samsung Galaxy Tab concept tablet features a 10.1 inch display with a 2560 x 1440 pixel resolution, a panel that Sammy has been rumored to be making for a while now. Inside we find a Cortex A15 Exynos 5 processor made by Samsung itself and promoted as the most potent CPU on the market, which is true. Gorilla Glass II is used here and the Galaxy S III Pebble Blue case, but in a bigger version. 2 GB of RAM, 32 GB of storage and expandable memory complete the picture.

TouchWiz Nature UX is applied on top of Android 4.1 Jelly Bean and the device features a combo of 8 megapixel back camera and 1.9 MP cam at the front. The selling point of the device is the weight and waistline, only 500 grams and 8 mm respectively, making this one of the lightest and thinnest tablets ever. The cool thing is that the Galaxy Tab III is not made of plastic but rather made using super light aircraft metal like the Series 9 laptop line. Another appealing feature is the 15,000 mAh battery on board. Samsung is also supposed to be promising to keep the software update to date this time via OTA… Fancy this tablet?

About Thrystan
Google Nexus RAZR is a Phone Made by Motorola, Packing Brushed Aluminum Case, Edge to Edge Screen   Nokia Lumia M: “M” is For Metal