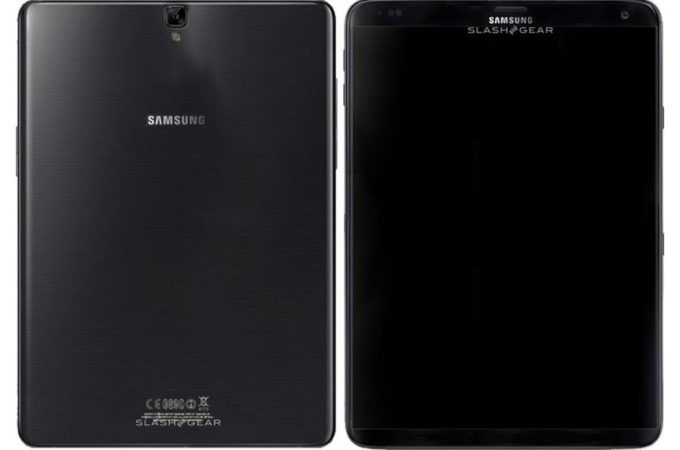 Samsung Galaxy Tab S3 has been on a bit of leaking spree over the past days, as Samsung’s future flagship tablet has appeared in specs form, but also via certifications of big authorities. It’s been certified by WiFi Alliance, Bluetooth SIG, FCC and it’s expected to come to MWC 2017. And now Slashgear decided to pull off a render of the device, as shown below. 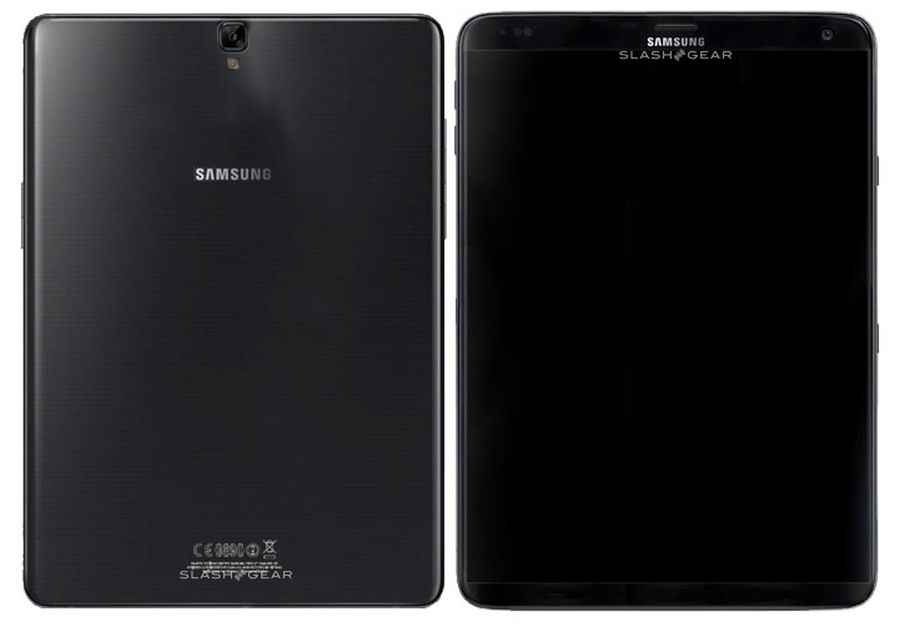 From what I can see, the handset looks like a bigger Galaxy S7, or maybe a bigger Galaxy S8, with a slightly curved screen panel. It’s curved on the edges of the screen and also curved at the edges of the back. It may not use a glass back, because that would make it very slippery. The render posted above is also supposed to fit in with the MWC 2017 invite that Sammy sent out recently.

As far as specs go, we get a 9.6 inch AMOLED screen with a 2048 x 1536 pixel resolution, a Qualcomm Snapdragon 820 processor and 4 GB of RAM. There’s up to 128 GB of storage, a 12 MP back camera and a front 5 MP shooter. Android 7.1 is the OS of choice and WiFi, Bluetooth and USB Type C are here as well. Apple is said to make the transition to curved OLED screens for tablets too, but I guess Samsung could do that before they do.