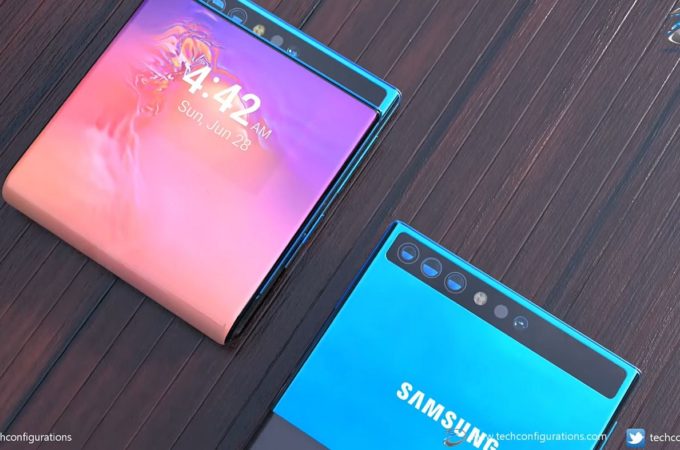 Over the past week we’ve seen more and more foldable phone patents going around, some of them with that clamshell approach that people may sometimes scoff towards. Samsung apparently has one in the making and the folks of Techconfigurations have taken over the rumors and have turned them into legit renders, shown below. 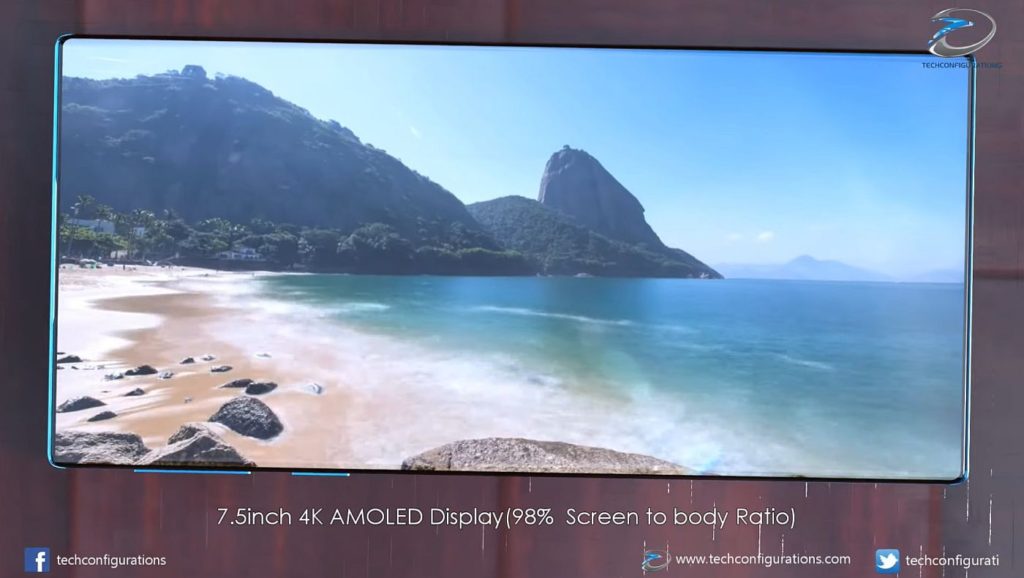 Before we get started, I’d like to remind you that the Samsung Galaxy Fold is expected to debut on September 6th in South Korea and a showcasing may also take place in Berlin, at IFA 2019. The Galaxy Fold 2 is also rumored to come around MWC 2020. Now back to the device in question, we’re dealing here with a clamshell phone, a versatile one, that can change formats as need be. 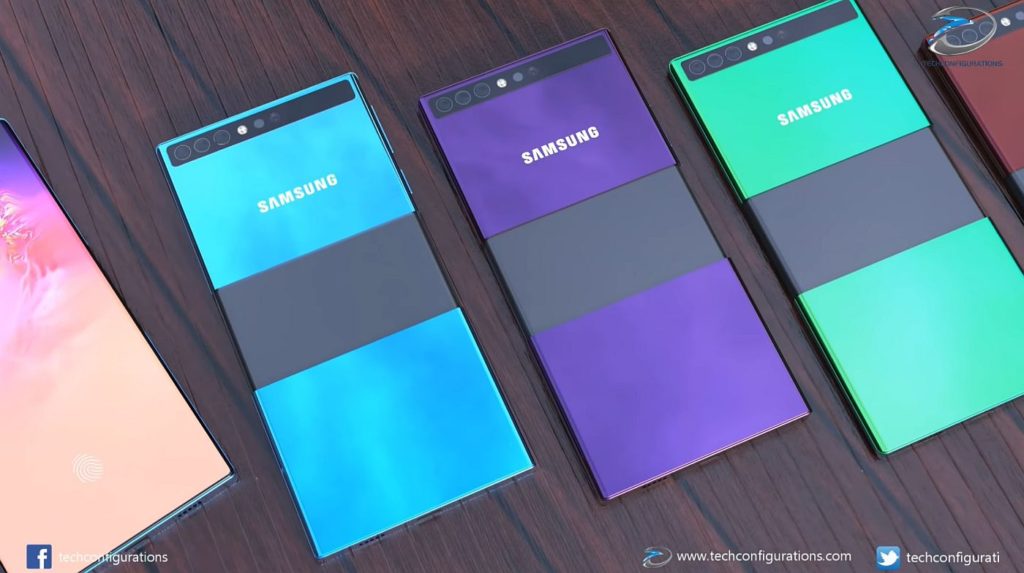 There’s a triple camera in the mix and a main 7.5 inch 4K AMOLED display, with 98% screen to body ratio. We also have ultra slim bezels for this design and an in display fingerprint scanner. The handset can fold in two and it leaves room for the 3 back cameras so they won’t overlap the folded piece. There’s a Snapdragon 865 CPU inside and the whole thing works on the vertical as well as on the horizontal. 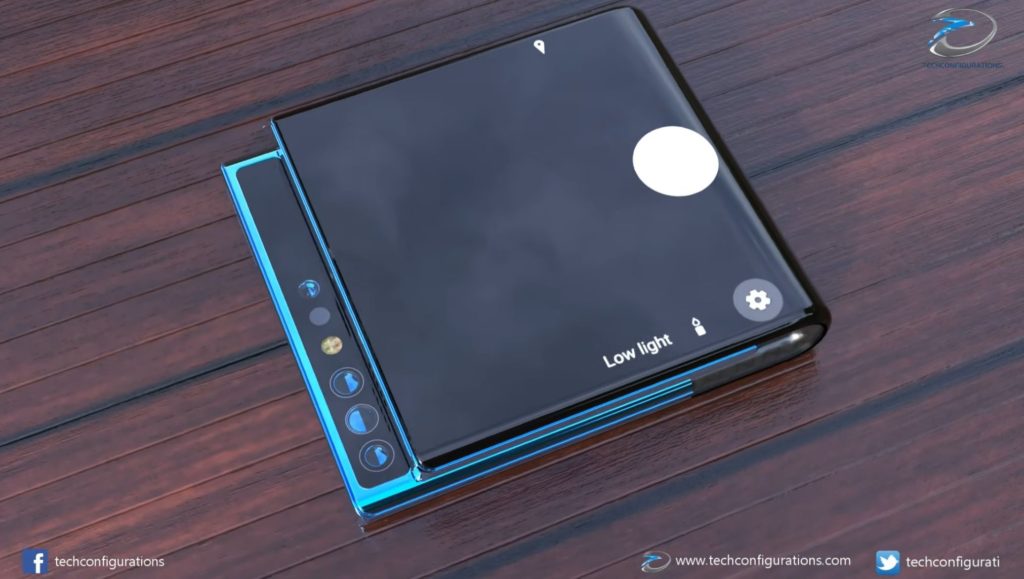 The hinge is brand new and more minimalistic than the Galaxy Fold one. It doesn’t seem to crease as much as or take the same beating. Loving the variety of hues, like green, red, purple and coral here. I doubt this is the way the device is going to look in the near future, but here’s hoping.

About Kelvin
Passionate about design, especially smartphones, gadgets and tablets. Blogging on this site since 2008 and discovering prototypes and trends before bigshot companies sometimes
iPhone 11 Pro Gets a Samsung Graphene Battery and Many Cameras   Sony Xperia 2 Leaked in Burgundy Red, Coming to IFA 2019