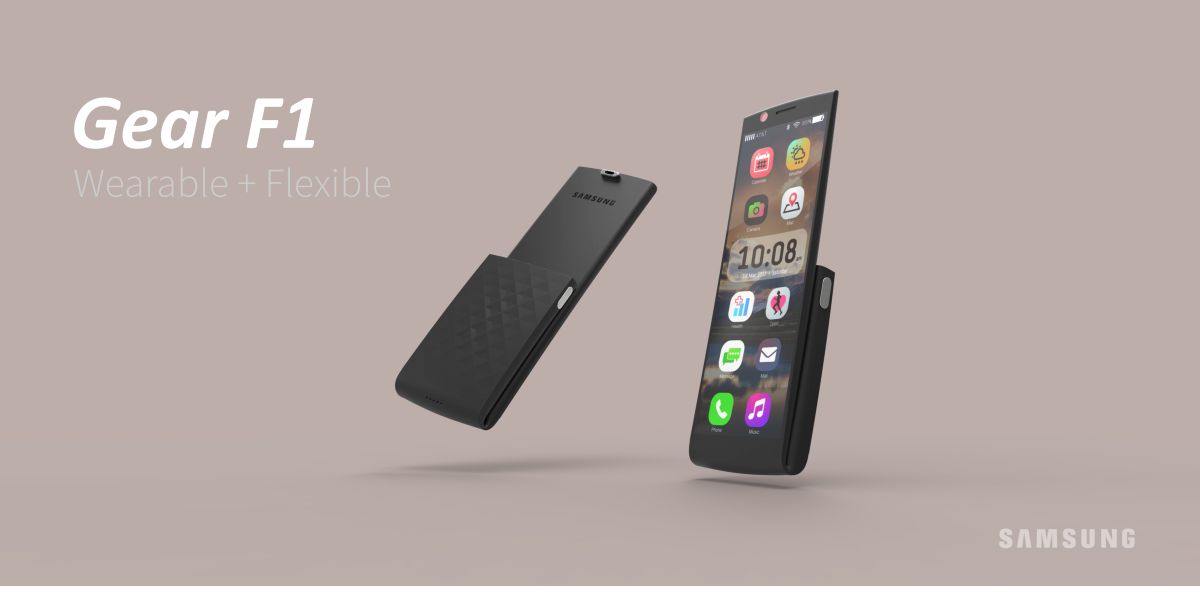 I’m a big fan of the Samsung Gear Fit, or at least its design, but that’s just me. I imagine that a future version of the curved AMOLED thingie will look even better. Till that happens we’ve got the Samsung Gear F1 shown below, in concept phase. 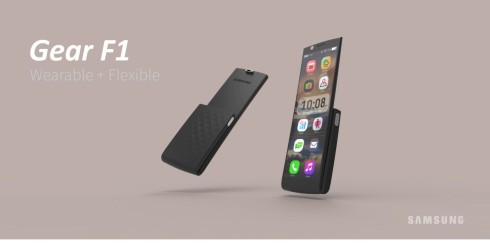 Created by Justin Tsui as a beautiful render, this model is a wearable phone with a flexible screen that can morph from phone to bracelet and viceversa. The designer claims that many wearables nowadays require phones to work and very few are independent. The Samsung Gear F1 concept solves that problem, since it’s a full fledged phone, not just a smartwatch. 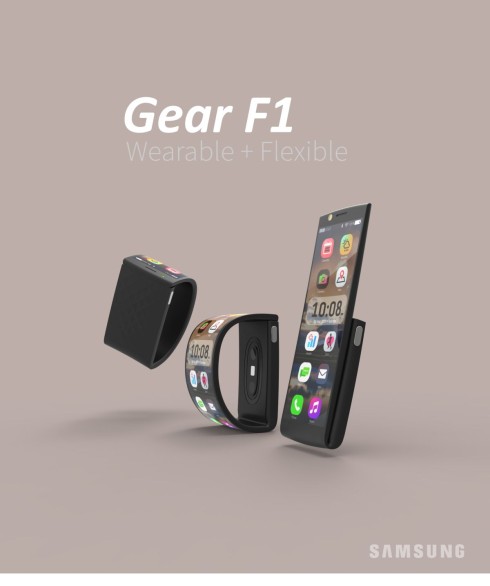 Gear F1 has a 4 inch HD flexible display and lets the user make calls, track his health data and play favourite games. The display can bend and snap to the end of a “base buckle”, thus becoming a wrist phone. The UI changes from phone model to watch mode and involves an animated wallpaper. The device has a flexible and thin screen, that gets a concave shape, fitting the base buckle profile.

Built within this contraption is a pedometer, pulse and glucose monitor, as well as a variety of other health features. Finally, the Samsung flexile phone watch has a battery that’s good enough for 5 days of normal usage and it also uses body heat charging technology. The product can take 6 feet drops and water easily.

About Kelvin
Passionate about design, especially smartphones, gadgets and tablets. Blogging on this site since 2008 and discovering prototypes and trends before bigshot companies sometimes
iPhone 7 Render Inspired by Apple Patent, Created by Mesut G. Designs   Surface Phone Concept Idea is Back, With a Full Metal Body