Victor Monteiro recently submitted to us a new Samsung concept phone called the Samsung N4. The idea is that this model is “half of a Nexus phone”, according to the designer, thus explaining the “N” in its name. The device features a quad core 1.9 GHz processor, a 48 core GPU and promises “groundbreaking performance”. 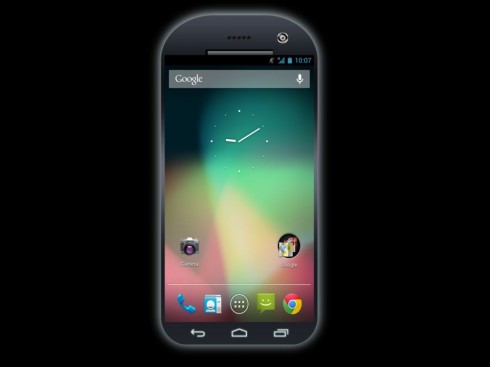 Samsung N4 packs a 1080p display, with Gorilla Glass 3 technology and it also has top notch cameras, especially the front one. The cam at the back is a 13 megapixel shooter with a new sensor produced by Sony and dual LED flash, while the front camera is a 5 megapixel one capable of 1080p video recording. Other specs include a 3,320 mAh battery and up to 64 GB of internal storage, expandable to 128 GB. 2 GB of RAM are available for multitasking and there’s also an “almost stock” version of Jelly Bean included, installed out of the box.

Almost stock means it comes with Samsung improvements, like Smart Stay, Pop Up Play and Multi Window. The body of this Samsung Nexus concept combines polycarbonate and brushed aluminum. Victor Monteiro claims that if you like the render, he’ll do more of this device. So, do you? The form factor is original, I have to say.