Samsung is expected to break from its traditional design at some point and maybe go with the Youm design and flexible display. One way to break tradition is to adopt a three sided smartphone design, like the one shown in the sketch below. 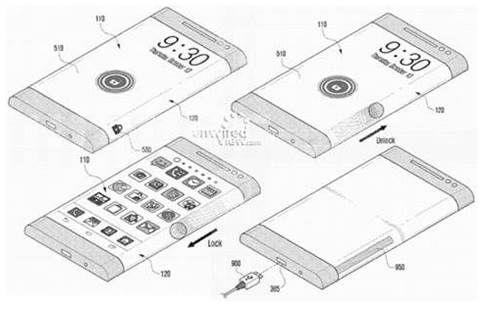 It was published by ZDNet and it’s supposed to be a prototype of an upcoming device. I remember seeing Nokia prototyping something like this a few years back, but it never came to fruition. This is only a test unit, that seems to offer extra screen space on the sides. These sides serve as secondary screens, where you can get touch gestures for volume control and locking, apparently.

The sketch here shows a rather bulky phone, so I expect an initial experimental release, like the Galaxy Round was when it came out first. It will be very interesting to see where Samsung decides to place the physical buttons on this model. It’s very likely they will place them at the back, unless LG has something to say about that… What do you think of this design?

About Kelvin
Passionate about design, especially smartphones, gadgets and tablets. Blogging on this site since 2008 and discovering prototypes and trends before bigshot companies sometimes
iPhone 6 and Components Rendered by Martin Hajek   Moto 360 Shown in Beautiful Hands on Shots, Dock Also Pictured