Remember the Sony Xperia NX, the device that combined the features of an Xperia smartphone and also the features of a Sony NEX camera? Well, the creator of the mockup, Razec from Esato is back with a finalized design of the device. We’re dealing with a cameraphone with a beautiful metallic case and what looks like a bright ring of light at the bottom below the Home virtual button. 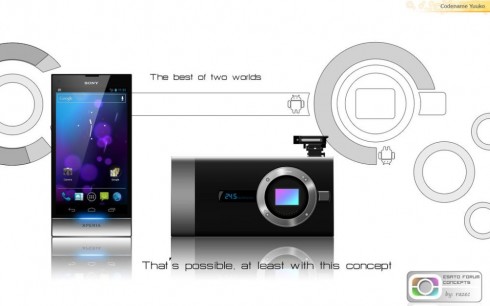 There’s still a 24.5 megapixel camera at the back, a metallic ring around the camera and the handset has both a black and silver version. The camera looks so sci-fi it’s crazy and while we don’t have specs for this model, we’ve previously speculated on what it could include. Xperia NX/Yuuko may be able to do 1080p/60p/60i video, just like a NEX camera and the concept also mentions an APS-C sensor and interchangeable lens. It’s got Android in the Jelly Bean form probably and most likely the Sony customizations.

That means some cool icons, PlayStation certification, Mobile Bravia technology, xLOUD, some Exmor R maybe, TimeScape, MediaScape, Xperia Hot Shots app preinstalled and all the other things that the Xperia is known for, including kickass headphones and noise cancelling. The camera remains the strong point of this Xperia concept and the metallic body is supposed to appeal to photographers and other passionate Sony fans. Give this baby a quad core Snapdragon S4 Pro CPU, 2 GB of RAM, 32 GB of storage, microSD and LTE and we’re happy! 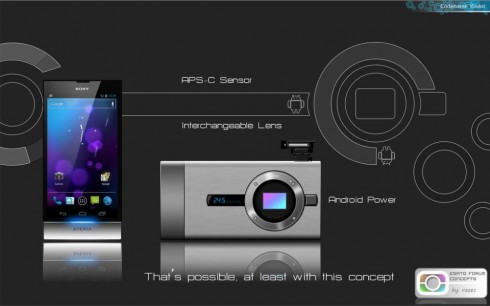 About Thrystan
Nokia Nexus Spark, Yet Another Nokia With Android and This Time With 41 Megapixel Camera   Nokia Lumia Zeal, the HD Zune-Like Prototype