PSP Phone Revived, Made by Sony Ericsson and Based on Android 3.0 (Gingerbread)

It’s been a year or so since the PSP Phone rumors were extinct, but now they’re back in full force, courtesy of an Engadget piece published recently. Apparently, the famous blog has a trusted source saying that SE will be making an Android 3.0 gaming phone. What you see below is the Engadget mockup of the device. 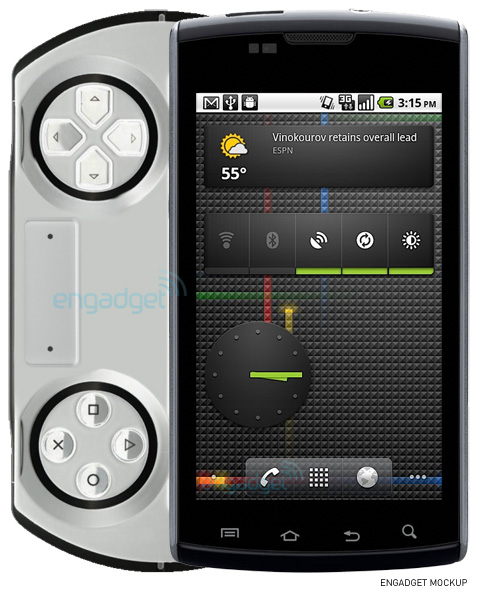 The smartphone is supposed to be incredible: its design will be a hybrid between Samsung Captivate and PSP Go, it’ll use the landscape slider form factor and include gaming controls instead of a QWERTY keyboard. The display will be somewhere between 3.7 and 4.1 inches in diagonal and the handset will even sport a-la-PSP shoulder buttons.

A 5 megapixel camera, Snapdragon CPU and D-pad will tag along, as well as the XPERIA branding. Gingerbread/Android 3.0 will be customized with a special skin and there will also be a new gaming platform and ecosystem created by Sony Ericsson for this nifty device. 3D gaming, God of War, Call of Duty: Modern Warfare… you’ll have all of that on the “PSP Phone”.