Sony CX Concept, the Rebirth of the Cyber-shot

Since Concept Phones dates from 2008, I’m sure you remember our many Cyber-shot and Sony Walkman designs, but sadly it’s been a while since we’ve seen one of those. We usually got them from the Esato board and now here they are again, with a brand new Cyber-shot phone of 2012, created by forum member Reeflotz, Kevin Lim in real life.

For starters it runs Android, most likely Ice Cream Sandwich and it uses the button display that reminds me of the Xperia Ray, with that semicircle of light around the Home button. The buttons on the side remind me of the Xperia Arc, while the overall front design fits with the new generation of Xperia U, P and S (flat and rectangular). This is an Xperia model, as shown by the back logo and also at the back we find a speaker, a 12.1 megapixel camera with Carl Zeiss technology and the flash (Xenon?).

The back of the Sony Xperia CX 2012 Cyber-shot totally reminds me of the old school Cyber-shot units, to be frank. Sony don’t actually need to change anything about the designs of their phones, that have been great for the past years. They just need to adapt their specs to the modern world and include kickass cameras, audio systems and processors. Will they make it? 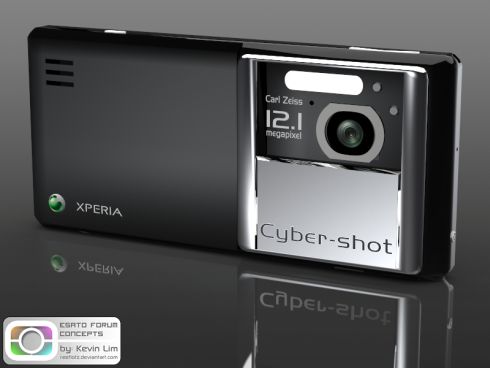