After seeing and drooling at the F305 phone, it’s time for a concept of a future “elder brother” of this device to surface, courtesy of Xell. The Sony Ericsson F705 is an F305 follow-up based on the W760 handset and it’s a gamer’s dream phone. 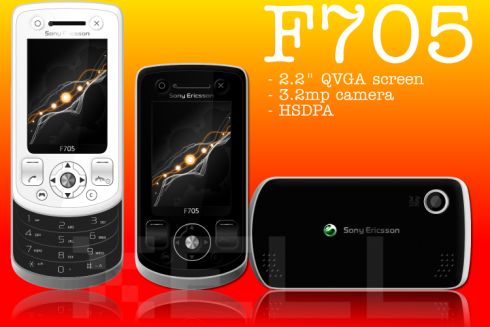 F705 features a 2.2″ QVGA screen, a 3.2 megapixel camera and HSDPA support. There seem to be some gaming controls included too, as well as a camera, but no details regarding those till now.