What we have right here is a supposed press shot of the Sony Ericsson Xperia Duo, that we’ve seen a while ago in blurry photo leak form. This time we’re dealing with another leak, one that confirms the form factor of the handset and once again makes me wonder about the presence or lack of an edge to edge display on this phone. 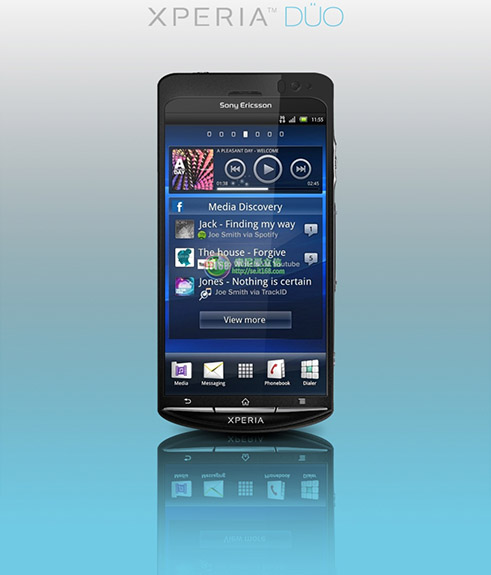 We’re dealing with a smartphone with 4.5 inch display here, one rumored to support a qHD resolution and under the hood we’re expect3ed a dual core Cortex 9 processor. Supposedly, this CPU gets a 1.4GHz frequency, making it a very solid Samsung Galaxy S II rival. Sony Ericsson’s Mobile Bravia engine is also involved in this device’s development and a 12 megapixel camera is most likely to be present at the back.

The battery is supposedly a huge 2500 mAh one, but we’ll have to see about all these appealing features, since some of them seem a bit exaggerated…